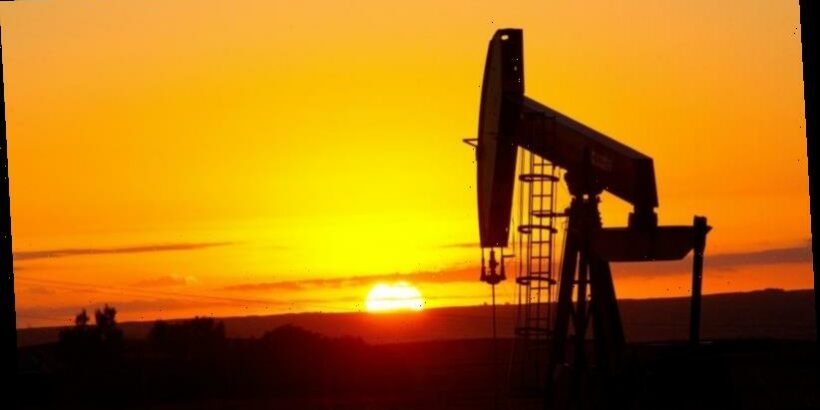 At the last state election, Labor vowed that a re-elected Andrews government would ban hydraulic fracturing, or fracking, and coal seam gas exploration. “Only Labor will keep the ban for good,” Daniel Andrews said at the time.

What he meant by that was that his government was willing to go further than simply passing laws to ban fracking. It would entrench this policy in the Victorian constitution, thereby making it harder for future governments to change. 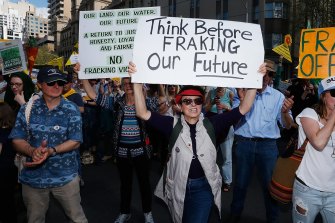 Protestors against gas field developments in Victoria prior to the fracking ban being imposed.Credit:Paul Jeffers

Yesterday, that bill received support from the majority of Victoria’s upper house. Even the Liberal Party, which has traditionally rallied against such illiberal ideas, put up little fight.

In doing so, the Parliament has effectively bound future democratically elected governments to this policy. Jamming it in the constitution means any future state government will require a three-fifths majority of both houses to amend it.

Putting aside the merits of a fracking ban for one moment, it’s important to ask whether any policy is so exemplary that it is worth entrenching in this way.

As Victorians, we should be wary of any attempt to weaken our democracy. Enshrining this ban in the constitution will essentially allow the Andrews government to govern from the grave. 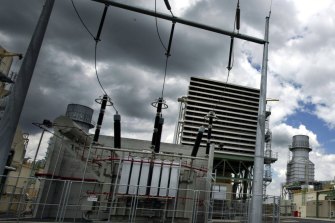 Constitutions are meant to be rigid documents which protect the most basic machinery of government. Importantly, a constitution should remain free of party politics.

In recent years, Labor has appeared hell bent on ignoring this convention. Back in 2003, the Bracks government passed a bill to entrench public ownership of water authorities in the Victorian constitution. In its defence, it appeared to be motivated by the need for stronger protections than a simple majority after the Kennett years.

Again, we must ignore the merits of the policy – in that case banning water privatisation – and ask ourselves whether any side of politics should weaken the capacity of future democratically elected governments in order to implement its plans.

The temptation to insert policies in the constitution is something other states have, for the most part, resisted. Even after the Bjelke-Petersen era, the Queensland government didn’t feel the need to protect its policies in this way.

In NSW and South Australia, a three-fifths majority is only reserved for the most drastic, and some would argue necessary reforms, such as abolishing the upper house.

Victoria has perhaps the most flexible constitution in Australia, amendable by the passage of bills by a majority of politicians in both houses.

Labor has taken advantage of this for party political purposes.

We are now in a situation where future democratically elected governments with a working majority chosen by the people of this state, will be bound by an Andrews government election policy.
In doing this the government has effectively declared itself a winner for life.

If the Andrews government believes it must protect its polices in this way, why stop with fracking? Why not insert mandatory minimum sentences or the establishment of an anti-corruption commission into the constitution?

The answer might be that this so-called constitutional ban isn’t worth the paper it is written on. That’s the position held by some legal experts who suggest this constitutional addition could be overturned by new legislation in the future.

Unfortunately, now that it’s in the constitution, only a court can decide whether or not that is the case. A costly exercise that Victorians should not have to pay for.

Equally, if this constitutional change is ineffective then it is, as Liberal Democrats MP David Limbrick described yesterday, simply “virtue signalling of the worst kind”.

In the absence of any meaningful opposition from the Coalition, Limbrick and his upper house colleague Tim Quilty were among just a handful of politicians to defend our democratic rights.

Limbrick pointed out that this debate is not an environmental one.

“The principle here goes far beyond any discussion of the pros and cons of hydraulic fracking. What is of concern here is a precedent where the government of the day can enshrine in the constitution any policy at all,” he told the Legislative Council.

“Will our constitution in 200 years be littered with snippets of archaic policy, no longer relevant to the situation of the day.”

“Will future citizens of Victoria be denied full access to democracy?” Both are question we must ask.

To its credit, the Andrews government has not shied away from its bold approach. In his second reading speech, Treasurer Tim Pallas boasted about the fact that it would be “more difficult for a future Parliament to repeal, alter, or vary”.

We were told the intention of the fracking ban was to protect Victoria’s prime agricultural land yet this could have been achieved through legislative measures. Whacking it in the constitution is either a stunt or it will set a dangerous precedent where political parties think it’s acceptable to ignore the power of future parliaments.