Is this the most millennial breakfast EVER? Controversial Cereal Killer café reveals it will use AVOCADO shells instead of bowls – costing up to £4.40

A controversial café which charges diners up to £4.40 for cereal has announced it will use avocado shells instead of bowls for vegan customers.

Cereal Killer Café, which has four branches, two of which are in trendy parts of London, has sparked uproar on social media for promising to use discarded shells as kitchenware.

The reason is to ‘cut down on our water usage and waste’, according to the café’s owners, Belfast-born twins Gary and Alan Keery.

However several Twitter and Instagram users have pointed out that the cafe will have to wash out the avocado shells to serve cereal inside them, and that they can only be used as a bowl once before having to be thrown away. 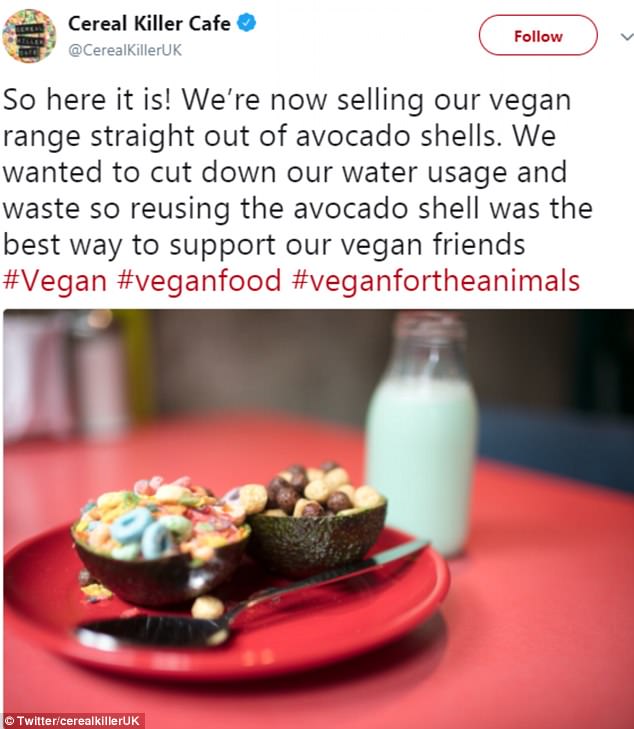 While it is not yet clear if the announcement is merely a joke, customers are taking the news seriously and are questioning why the café says it will serve cereal in an avocado shell.

‘We wanted to cut down our water usage and waste so reusing the avocado shell was the best way to support our vegan friends.’

Cereal Killer Cafe, which has branches in Camden Market, Shoreditch, Dubai and Kuwait City, offers at least six vegan dairy alternatives to go with the 120 different cereals it offers, ranging from British staples to international and American brands. 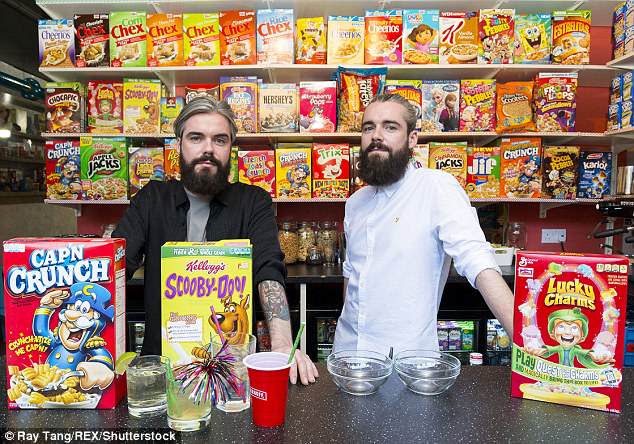 Gary Keely and brother Alan Keely who founded the Cereal Killer Café, which has four branches, including one in Dubai and in Kuwait City

Ethical customers have highlighted potential issues with Cereal Killer’s plan to cut down on waste and water by using discarded avocado shells.

Twitter user Grigory Potemkin pointed out that the avocado skins would be single use, as opposed to bowls which can be washed up and used again. He asked: ‘Do you normally chuck your bowls away after one use?’

Several also pointed out that it wouldn’t save any water because the skins would have to be washed before cereal could be served inside them.

Other social media users had issues with the gimmick and its potential contribution to mass deforestation due to the demand for the fruit.

Avocado farming is one of the leading causes of deforestation in Mexico and other South American countries. 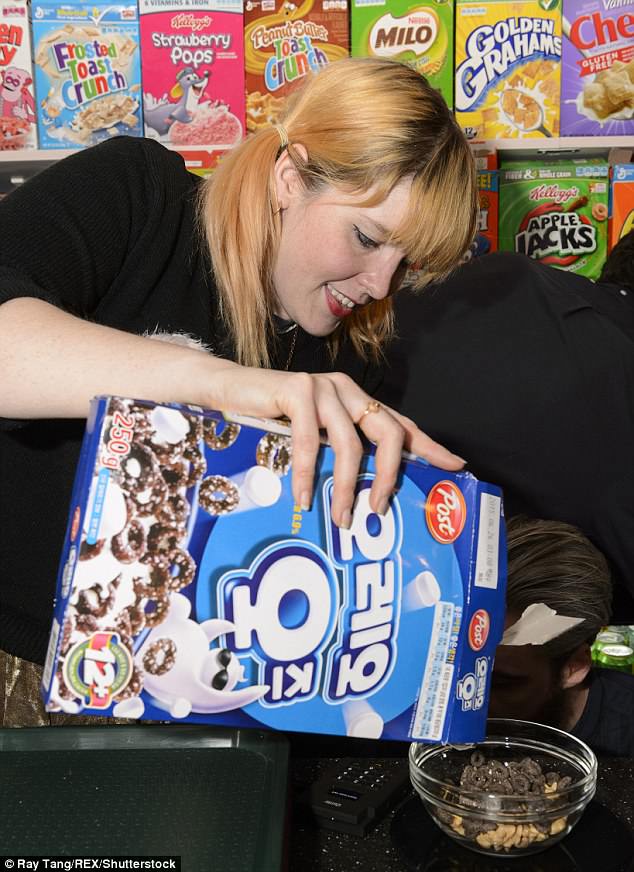 A member of staff at the Cereal Killer Café makes a bowl of cereal to order after the first cafe opened in Brick Lane, Shoreditch

A pound of avocados also requires 141 gallons of water in order to grow, research has shown.

Rebecca Woollard wrote: ‘If you’re #veganfortheanimals why are you using so many avocados, whose demand is causing mass deforestation? Not dissimilar to the situation with intensive beef farming. I’m not sure you’ve thought this through.’

This isn’t the first time Cereal Killer Cafe has stirred up controversy.

There was outrage when the first café opened in Shoreditch’s Brick Lane in 2014 after it was revealed it would sell bowls of cereal for £3.20 in one of London’s poorest areas: Tower Hamlets.

Prices have now risen so that a large bowl of American or international cereal will cost customers £4.40.

The following year, a 200-strong mob of anti-capitalists attacked the cafe and daubed it in red paint.