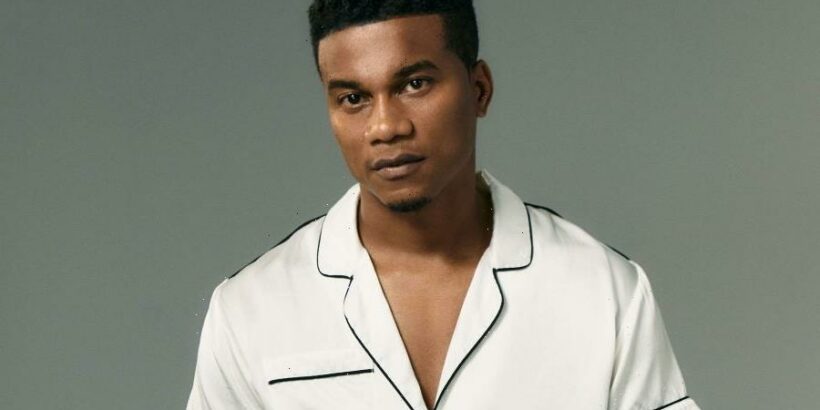 Cory Hardrict is passionate about representing the culture.

With starring roles on new cultural phenomenon series like The Chi and a new exciting venture on the way, the actor is actively using his decades of experience and acting talent to tell authentic Black stories.

Hardrict plays Coach Marcus Turner hit CW drama series All American: Homecoming; a former Bringston University baseball player who returned to the school to coach the team after being sidelined from the pros by an injury.

Hardrict, much like the average fan, got instantly hooked on the original iteration of the show when he stumbled across it via word-of-mouth from his son Cree.

“My son actually told me [about All American],” he revealed. “He said, ‘Dad, you need to watch this show.’ So one day, me and my son, binge-watched like 10 episodes back-to-back.”

Aside from the exciting sports line and gripping drama of the show, Hardrict believes its appeal comes from its positive depiction of Black life. Though each character deals with their individual issues, it’s all done in a matter that doesn’t sensationalize struggle.

“It’s great because it’s showing Black excellence. It’s showcasing Black
folks in a great way – HBCUs, the family dynamics, the relationships – it’s just so authentic and real. So I’m blessed to be a part of it, for real.”

All American: Homecoming has the added advantage of tapping into recently renewed interest in Historically Black Colleges and Universities, which, though always popular in some circles, are suddenly a booming choice of institution for Gen Z college hopefuls.

“It’s not a fad, but it feels like, now, it’s in the limelight,” he says of HBCU culture. “It’s for all the right reasons because it has been overlooked, and a lot of people who go to HBCUs haven’t really gotten the spotlight on them as they should. It just shows you that Black folks can excel in the Black college world, just like at any other D-1 school. And, you can go there and find scientists, geniuses – not just sports stars.”

Education is clearly a popular topic at the forefront of the Hardrict household. Hardrict and his wife, actress Tia Mowry, recently went viral with a touching video of their 10-year-old son getting emotional upon discovering he had been accepted into a school he had been working really hard to be admitted into for some time.

It’s a rare occasion to see a child that age so passionate about their education andwhere they will receive it, but as Hardrict reveals, their son’s victory has been a long time coming.

“I’m going to be honest. We tried to get my son into school for the last five to seven years,” he said. With repeated testing and assessments, their son finally got his big moment.

“When I got the email that he got accepted, my heart almost stopped. That was the proudest thing I could ever see in my life,” he continued. Hardrict and Mowry devised a plan to surprise their son by tricking him into thinking he was in trouble, then revealing his acceptance letter. His reaction moved millions.

“I didn’t know he was going to cry, but that’s a beautiful thing,” Hardrict said. “Just seeing, especially young Black boys crying [joyfully] over education. He read the first sentence and saw ‘congratulations,’ and then we all started crying again. We were crying all over the place. We’re still crying around here.”

That sweet moment was just one of many that Hardrict and his wife Mowry get to enjoy as a family on a regular basis. Despite each working in the television business for the better part of their childhoods and their entire adult lives – each soon approaching 30 years in the business – they are able to find a plethora of time to dedicate to each other, and their two children son Cree, 10 and daughter Cairo, 3.

“Everything centers around our family,” Hardrict said. “We start there, and we keep everything in an honest perspective on what the business really is. Though acting is something we love to do, we know how to shut off, and be at home, and stay grounded. We just keep it really simple and keep pressing forward. That’s it. No Hollywood stuff over here.”

Though he’s already juggling a family and a thriving career in front of the camera, Hardrict is branching out into offscreen ventures as well. He just started his own production company, Hardcore Films, with multiple exciting projects coming down the pipeline.

“I want to tell stories like the movies that I grew up loving. Old school movies, like Cooley High, The Last Dragon, Juice. Movies where you can
really, really, really tap into our people, the culture, and moves that are just real,” he says, asserting that he’s focused on making “culturally relevant films that are for us.”

“I’m excited about everything. It’s a great time right now.”