Davina McCall’s show A&E Live took an unexpected turn – when the presenter came across a couple on a first date in the emergency department at Leeds General Infirmary.

Viewers were left stunned as the host started chatting with members of the public on her primetime show – part of a week of programmes celebrating 70 years of NHS – and Kieran and Natasha shared their tale of how they ended up in A&E.

Natasha told Davina that, despite the unlikely location, they were on their first date, having taken a detour via the hospital when Kieran’s finger began swelling after he dropped a drill on it earlier that morning.

Viewers were tickled by the setting for their first meeting – not to mention the fact they’d also found themselves on live television, with one tweeting that it was ‘something different’.

Davina joked the tale was ‘something to tell the children’. 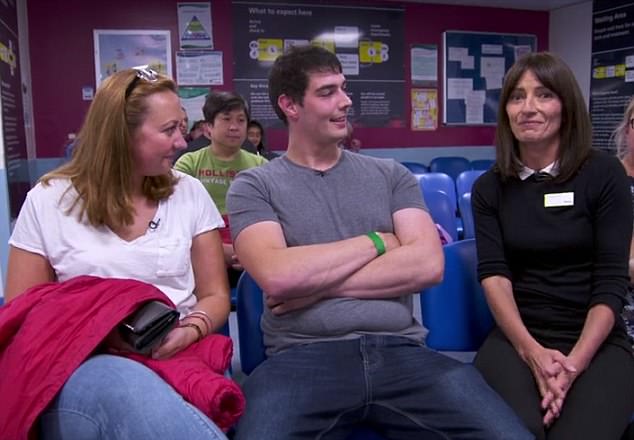 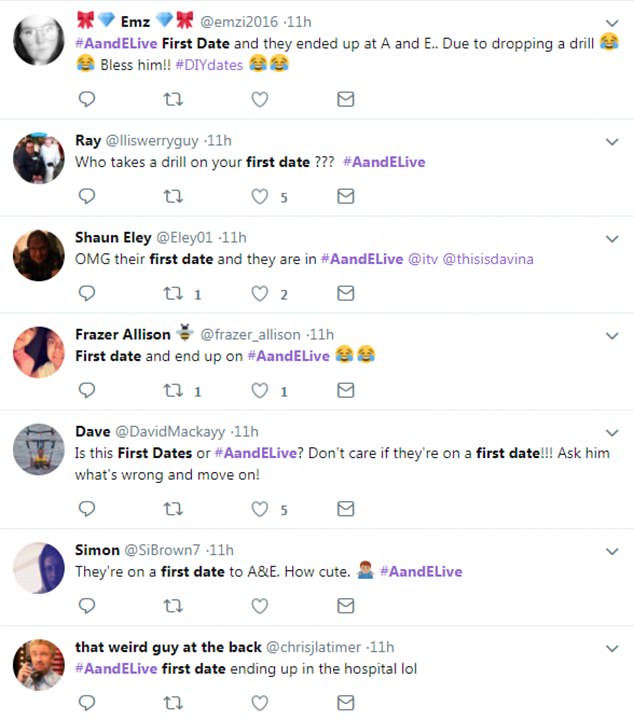 Viewers watching the show took to Twitter in disbelief: ‘Is this First Dates or #AandELive?’

‘Omg their first date and they are in #AandELive,’ another added.

Many others tweeted crying-laughing emojis, as one said: ‘Brilliant first date!’

Questioning why they were there together and how they knew each other, Natasha giggled: ‘We were on a date.’

Kieran added: ‘This was our first date.’

‘That’s amazing, you’re here on your first date!’ Davina laughed before pressing for more details from the couple about how far had the date gone. 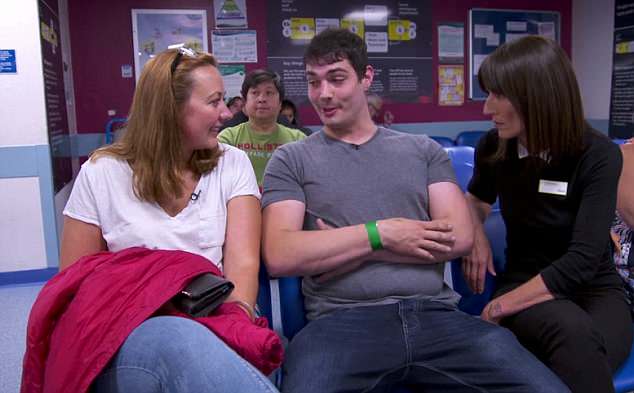 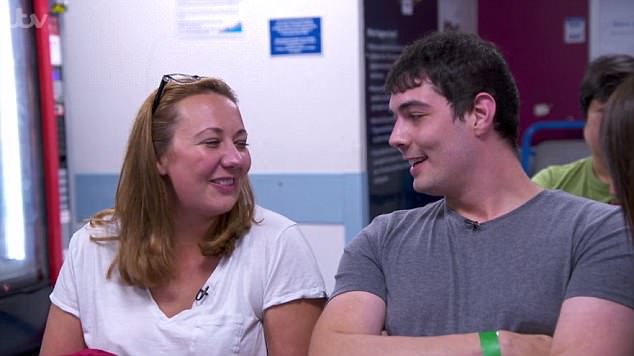 The pair admitted they had only been to coffee and hadn’t had chance to get anything to eat before they made their way to A&E.

‘We met through friends,’ Natasha explained.

Kieran said his finger had painfully doubled in size but was a ‘very minor’ injury, and Natasha had urged him to get it checked out.

Davina joked: ‘Well this is a great first date, something to tell the children!

‘Oh I took it too far didn’t I?’ she added as the couple chuckled nervously.