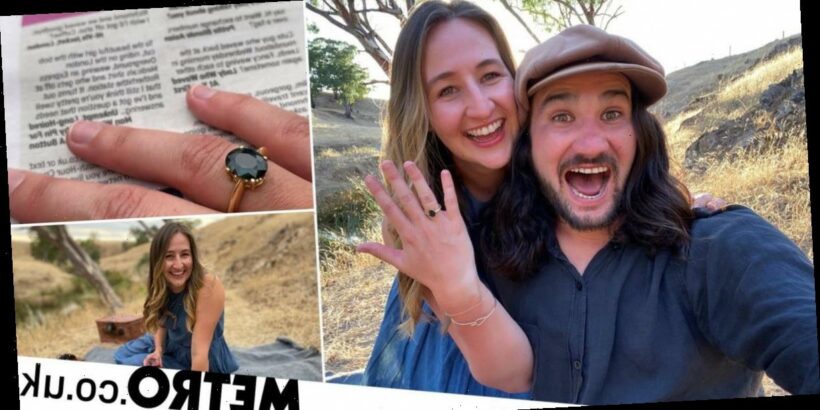 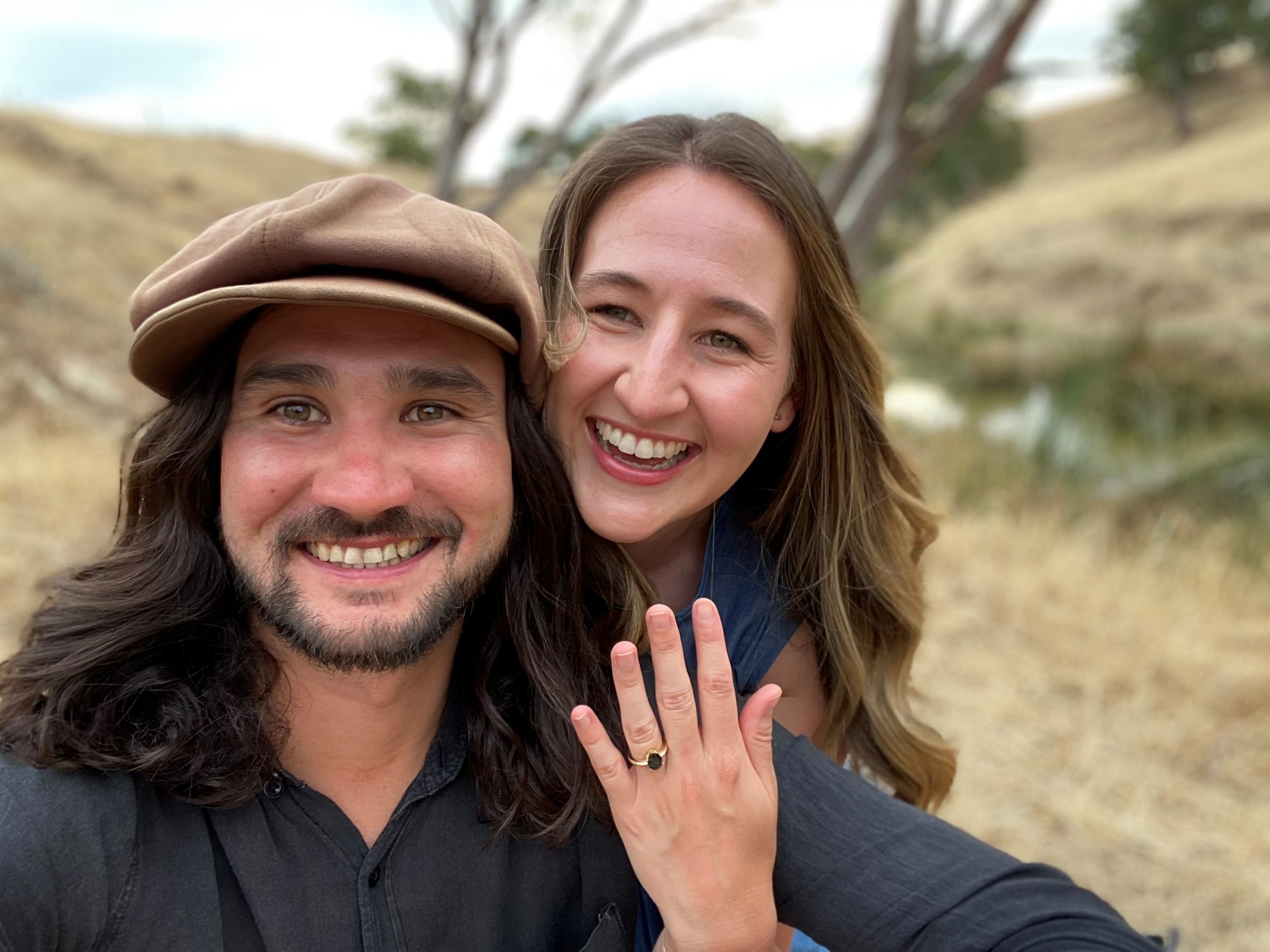 Everyone dreams their lives will be changed forever by a close encounter on the morning commute — and now Metro’s Rush-Hour Crush has helped another romantic to pop the question.

When Metro reader Adam Lyons planned an ‘unforgettable’ proposal to the girl he had met on his daily train journey into London, he decided to ask her by placing a cryptic message in our ever-popular singles section.

The only complication was that Adam, a medical rep, now lives in Melbourne, Australia, with his girlfriend Ashleigh Porteous, a 31-year-old nurse.

Is your love waiting for you? Are you in today’s Rush-Hour Crush? Why not find out…

He contacted Metro in secret — and with Rush-Hour Crush already responsible for at least three weddings, we were only too happy to help.

Adam, also 31, said: ‘Our story really started with Rush-Hour Crush. I jumped on a train at Hoxton every day at the same time as a pretty girl who caught my eye. She was always reading Rush-Hour Crush, and when we started talking, she said she’d always wanted to be in the section.

‘Ashleigh told her friends I wasn’t her type — I had unkempt long hair, and bobby pins holding my shirt together.

‘But I asked her out in January 2016, weeks after meeting on the train. Within months, I knew she was the one for me.

‘We moved to Melbourne in 2017 and when I decided to propose last year, I came up with the idea of printing it in our favourite newspaper, because I’m an old-school romantic and I wanted something we’d remember forever.

‘In November, I emailed Metro asking for help and to be honest, I didn’t expect an answer.’ Metro Talk Editor Paul Dietrich — who compiles our popular Rush-Hour Crush requests — did respond and agreed to run the proposal on December 11.

Once it appeared, Adam’s friends posted eight copies of the newspaper 10,500 miles to Melbourne.

Adam said: ‘The papers were sent to a friend’s house, because I wanted total secrecy. I had the ring made especially, and planned to pop the question on a camping trip. I took Ashleigh to the river at Barossa Valley, south Australia, handed her a copy of Metro and she screamed with delight.’

As she turned to Rush-Hour Crush and spotted the line, ‘I’ve got a question that needs answering’, Adam seized the moment.

The smitten suitor said: ‘I went down on one knee, and handed her the sapphire engagement ring. Ashleigh said yes instantly.

‘It was the best moment of my life — and I’m so grateful to the team at Metro for helping make the day so special. We will keep our copies of the proposal forever, for sentimental value.’ Covid restrictions mean the happy couple have not yet been able to set a date for their wedding.

‘This goes to show Rush-Hour Crush really does work! Metro is all about being part of people’s everyday lives — so how fantastic to have played a small part in Adam and Ashleigh’s future. Congratulations both!’