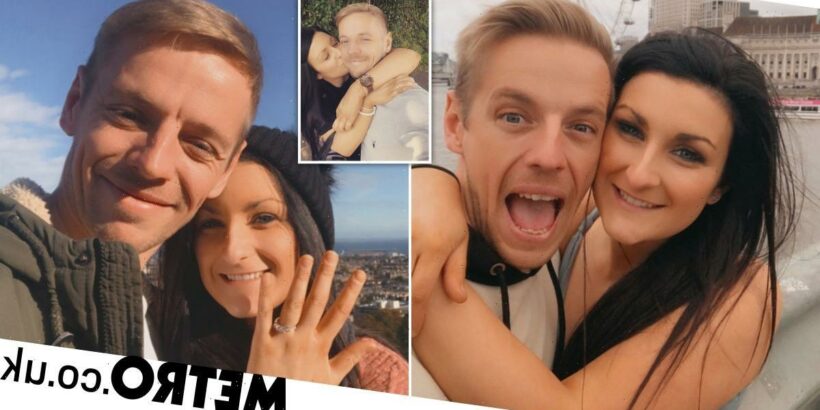 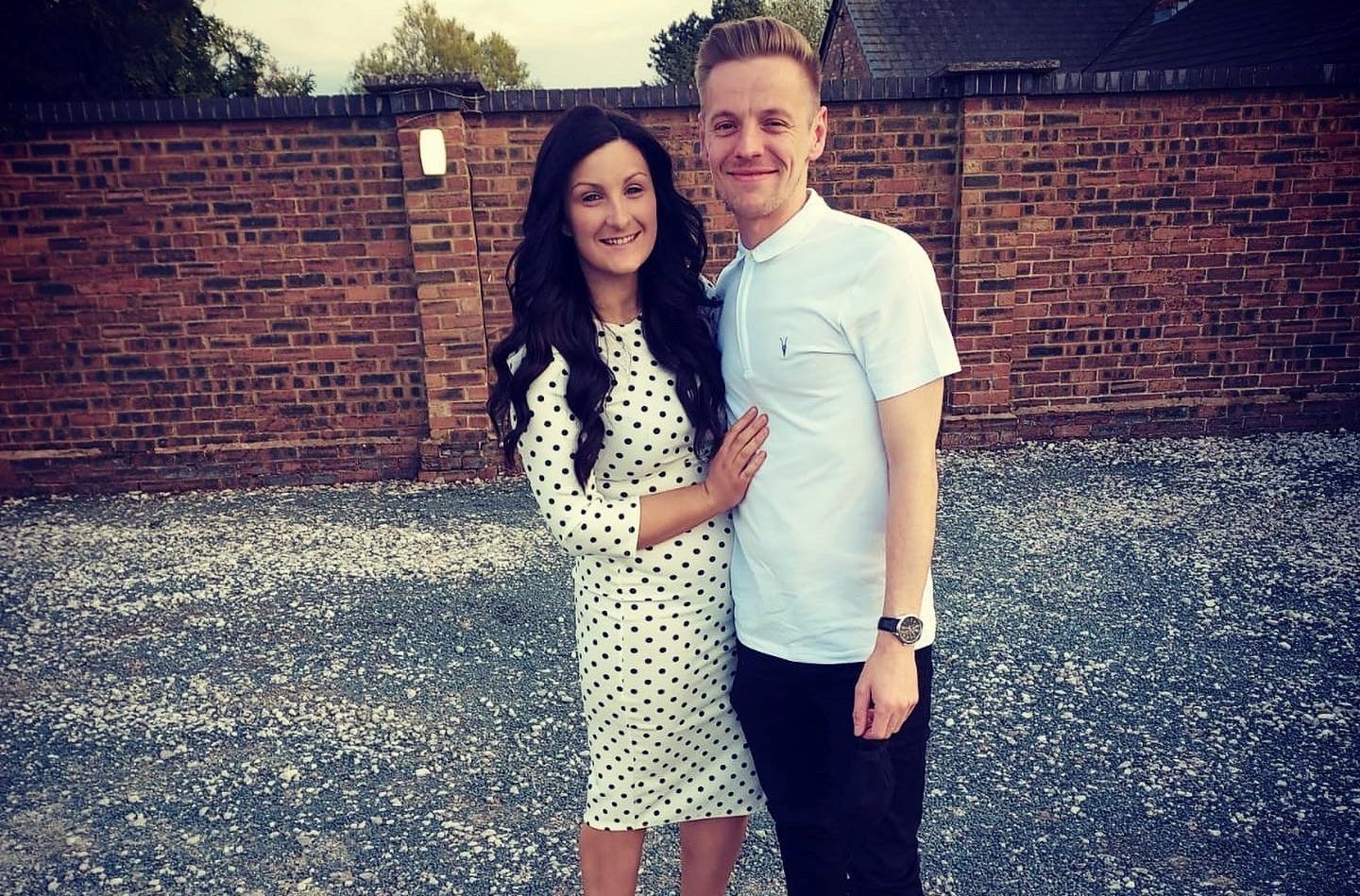 A couple who matched on a dating app during lockdown, then got engaged and bought a house together after two months have shared their story.

Emily Morgan, 27, said it was ‘love at first sight’ when she met Jamie Mullineux, 29, after the pair swiped right on Tinder in July 2020.

They met for the first time a few days later and made things ‘official’ after their first date – nurse Emily even introduced Jamie to her family the next day.

The whirlwind romance continued when Jamie proposed to Emily eight weeks into their relationship in October last year, and the pair had an offer accepted on a house a day later.

The couple have now moved into their three-bed semi-detached house in Darlington, County Durham, and are planning to tie the knot in January 2023.

Emily said: ‘It’s been an absolute whirlwind. From the moment we started talking we had such a great connection.

‘I knew as soon as I met him that he was “the one”. We’re living proof that dating apps can really work.’

Emily, who was living in near Wigan, Lancashire, decided to go on the dating app four months after lockdown began.

After swiping through Tinder, she matched with Jamie, who was visiting in the area.

The pair hit it off instantly and arranged a date a few days later in August 2020. Within a few hours of meeting the couple made things ‘official’.

She said: ‘Jamie lives in Yorkshire so usually we would never match. It just so happens he was in the radius on my Tinder – it was pure luck.

‘We met for a meal in Blackpool we just knew it was meant to be. He ended up meeting my mum the next day – it was crazy but felt right!’

Within a matter of weeks nurse Emily relocated 100 miles away to North Yorkshire to be closer to Jamie – and the pair put an offer in on a house.

Then, during a trip for Jamie’s birthday to Edinburgh in October, Jamie popped the question.

The pace didn’t let up, and the day after the proposal they discovered their house offer had been accepted.

Emily said: ‘Jamie hinted at proposing l but I thought he was joking.

‘He took me for a walk around Calton Hill and proposed – it was so romantic. I can’t wait to start my life with him.’

Jamie said: ‘We only matched because I was visiting a friend at the time. I was in the right place at the right time.

‘I definitely fell for Emily first, I was trying to hold back a bit.

‘It was like that Robbie Williams song, I was worried about: “saying something stupid like I love you”.

‘I was catching feelings quickly so two weeks prior to going away to Edinburgh I knew I wanted to propose.

‘I had to ask her twice because she was busy reading a plaque on a bench and didn’t hear me!

‘Emily is mad as a hatter on a high all the time – I need that positive in my life.’

The couple moved into their new house at the beginning of 2021, and have already begun making plans for their wedding in two years.

With coronavirus prompting us to assess our lives and priorities, why wait to sho people you love them?