Prosecco fans will be able to buy an official rosé version of the Italian fizz from January next year, after the Italian government finally gave producers the green light.

Previously around 200 producers of the popular bubbly in the Mediterranean country made a rosé sparkling wine, but legally they were unable to call it Prosecco.

This is because regulations state that the drink can only be white and must be made with at least 85 per cent Glera grape and a maximum of 15 per cent of other varieties, including red-skinned Pinot Noir, vinified as white.

But this month, after a year of producers lobbying the Prosecco DOC Consortium and the Italian Ministry of Agriculture, Prosecco DOC Rosé was finally approved. 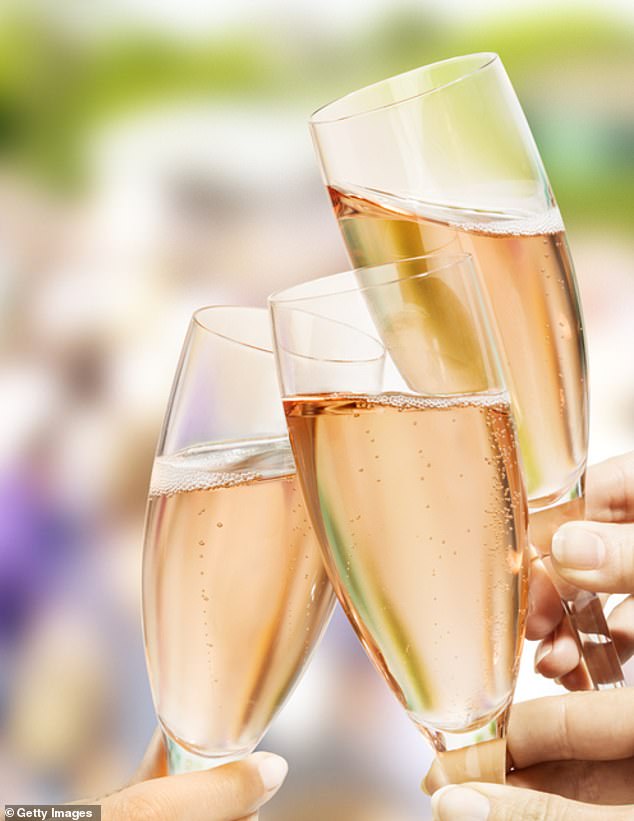 Prosecco fans will be able to buy an official rosé version of the Italian fizz from January next year, after the Italian government finally gave producers the green light. Pictured: stock image

The new pink fizz must be made using a Glera base and blended with 10 to 15 per cent Pinot Nero, and can only be produced in two styles – Brut Nature and Extra Dry.

It must also be made using the Martinotti/Charmat method, and spend a minimum of 60 days going through a second fermentation in a pressurised tank.

The earliest it’ll go on sale is January 1 – meaning hopefully it’ll be available in the UK by the summer – and all bottles will be vintage with the ‘Millesimato’ – grapes used from a single harvest – printed on the label.

A minimum of 85 per cent of the fruit used must come from the stated vintage.

The Consortium estimates it’ll be a big hit, with the production of up to 30 million bottles of rosé Prosecco a year. 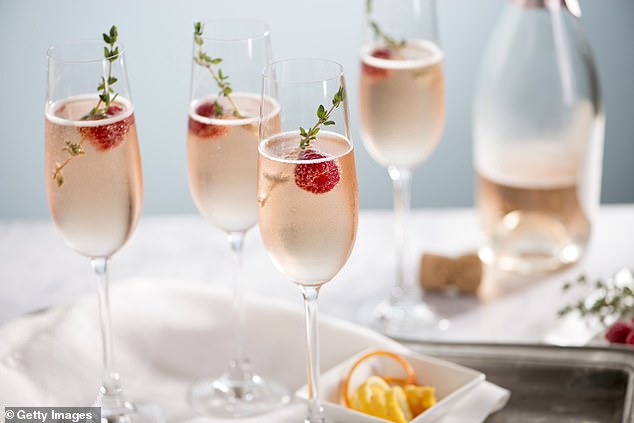 The new pink fizz must be made using a Glera base and blended with 10 to 15 per cent Pinot Nero, and can only be produced in two styles – Brut Nature and Extra Dry. Pictured: stock image

Stefano Zanette, President of the Prosecco DOC Consortium, thanked ‘all those who have contributed to obtaining this important result, in a moment particularly tough for the wine industry’.

He told Fortune last year: ‘Producers are already producing a sparkling rosé wine, without it falling under the Prosecco DOC appellation.

‘Adding the rosé to the disciplinary rules will benefit both producers and consumers: A DOC appellation’s control system can guarantee quality and origin.’

Enore Ceola, CEO of Freixenet Mionetto USA – one of the largest and oldest producers of Prosecco – said the move will help ‘end the confusion between some of the other Italian sparkling rosé being sold or marketed as a Prosecco rosé when it’s not’.

Bosco Viticultori is one of the first producers to announce it intends to produce pink Prosecco was Bosco Viticultori. It hopes to unveil its first bottles in January and aims to produce one million bottles from the 2019 vintage, with a shelf price of between £10 and £12.

The brand’s managing director, Paolo Lasagni, previously told the Drinks Business: ‘We will be making pink Prosecco from the 2019 harvest, which will be bottled in December.

‘There is a temptation to get the wines ready in time for Christmas, but it’s better to take your time and make a quality product than rush it to market.’

Prosecco was granted the Controlled Designation of Origin status in July 2009, with Glera named the official grape of the drink.