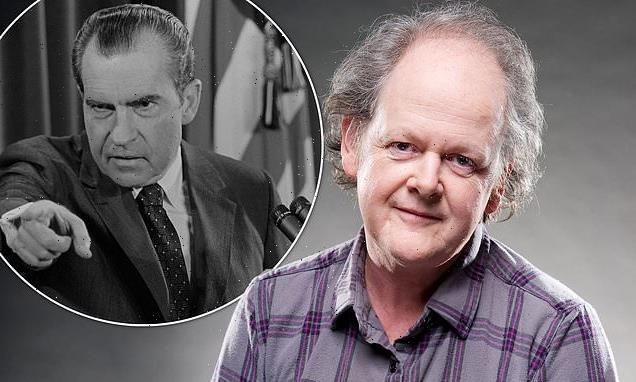 Evil monster or paranoid workaholic? Why Nixon couldn’t stop digging the hole that was to bury him

Richard Nixon was the most ill-at-ease of all the American presidents. Full of resentments, and prone to anxiety and depression, he was known at university as Gloomy Gus.

The opposite of touchy-feely, he was equally wary of animals and people, as well as being desperately clumsy. When he attempted to appear relaxed by playing with his dog, he would invariably get tangled up in the leash.

After he managed to spill soup down his shirt at a state dinner, he sent a furious directive to his Chief of Staff: ‘No more soup at dinners.’ 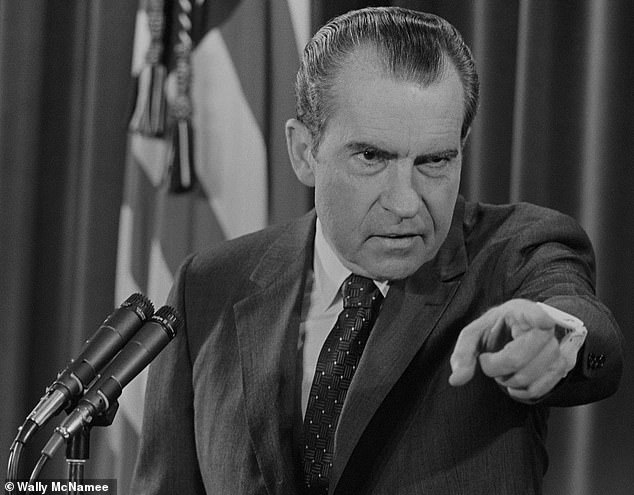 Richard Nixon (above, facing reporters at a press conference in 1970) was the most ill-at-ease of all the American presidents. Full of resentments, and prone to anxiety and depression

He once praised his stern Quaker mother by declaring ‘she never indulged in the present-day custom, which I find nauseating, of hugging and kissing her children or others for whom she had great affection’.

He chose his friends for their willingness to listen to his endless beefs against his enemies, both real and imagined. Even his closest associates were forced to bear the brunt of his grudges.

When Time magazine announced that he would be sharing its Man of the Year title with his National Security Adviser, Henry Kissinger, he apparently went ‘white-lipped with anger’, and ordered the White House switchboard to block all calls from Time to Kissinger.

As Michael Dobbs explains, it was partly Nixon’s jealousy of Kissinger that prompted him to install secret microphones all over the White House, linked to tape recorders in the wonderfully sinister Room 175 ½.

Whenever the President entered a room, these microphones were automatically activated. Nixon’s long-term plan had been to sift through the transcripts when he came to writing a memoir: in his hands, they would help establish that it was he, not boastful upstarts like Kissinger, who had been responsible for all the most successful initiatives of his Presidency. 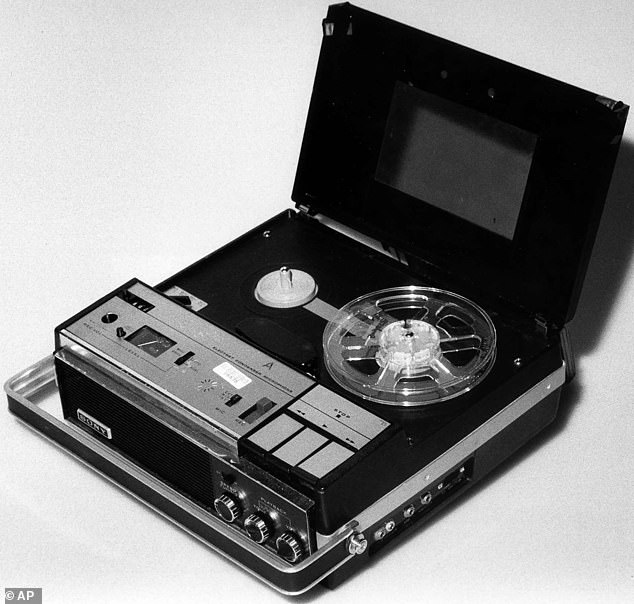 As Michael Dobbs explains, it was partly Nixon’s jealousy of Henry Kissinger that prompted him to install secret microphones all over the White House, linked to tape recorders

By the time Nixon left office, Room 175 ½ had accrued 3,700 hours of secret tapes. They had been intended to prove his greatness, but instead they proved his undoing, serving as incontrovertible evidence that, despite all his fierce denials, he had been in charge of the most infamous criminal cover-up in history.

The tale of the two-bit break-in at Washington’s Watergate building and its monumental consequences is complex and labyrinthine, but Dobbs manages to tell it with sparkling clarity.

It all started with a bungled break-in at the headquarters of the Democratic National Committee at the Watergate building in June 1972, in the lead-up to that year’s Presidential Election.

Five burglars had been caught red-handed by police in the dead of night. They were wearing blue surgical gloves and carrying cameras, lock-picks and, most importantly, bugging devices.

They all gave false names, but their fingerprints revealed their true identities. 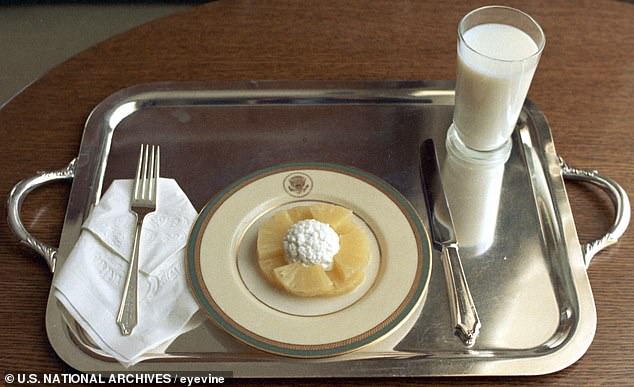 A particularly telling photograph shows a silver tray, holding a plate with a circle of pineapple with a small dollop of cottage cheese and a glass of milk

Their leader turned out to be James McCord, the ‘chief of security’ for President Nixon’s re-election committee. It was then established that McCord worked under the moustachioed crackpot G. Gordon Liddy, who was responsible for the committee’s ‘counterintelligence operations’, and Howard Hunt, who was in charge of undercover operations against Nixon’s political enemies.

It’s now clear that President Nixon had been unaware of any plans for the break-in, but he was certainly responsible for the sleazy culture of criminal behaviour that had become part-and-parcel of his Presidency.

The moment he realised that the arrests of the low-life burglars might lead investigators to the White House, he took charge of the cover-up.

The first task was to pay the burglars and their controllers to keep mum in court. ‘How much do you need?’ Nixon asked his lawyer, John Dean, in the Oval Office.

‘I would say these people are going to cost, uh, a million dollars over the next two years.’ 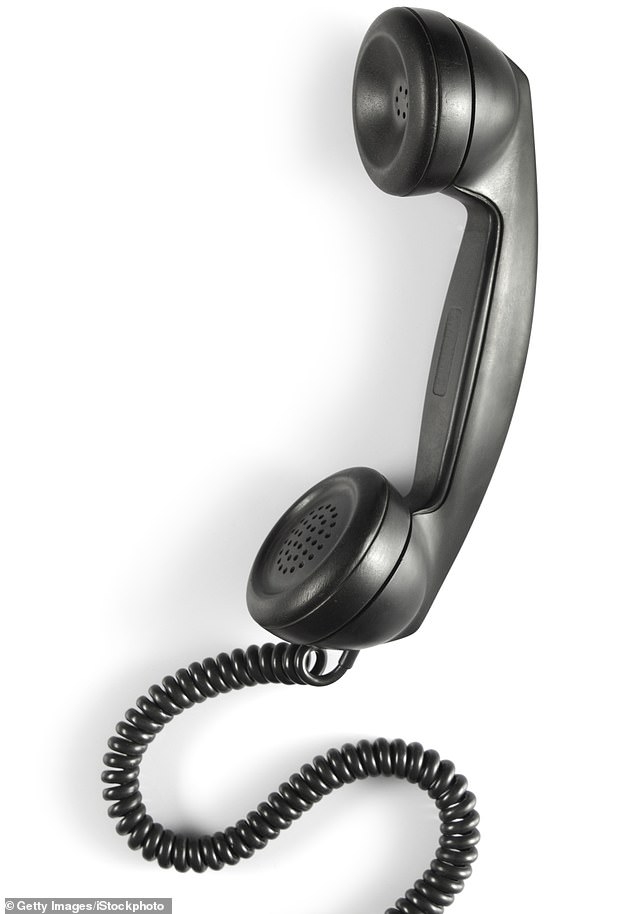 By the time Nixon left office, Room 175 ½ had accrued 3,700 hours of secret tapes. They had been intended to prove his greatness, but instead they proved his undoing

‘You could get a million dollars. You could get it in cash. I know where it could be gotten… The question is who the hell would handle that. Any ideas on that?’

All the while, down in Room 175 ½, the tapes were busily whirring away.

However much money Nixon threw at the problem, it simply grew bigger. Faced with years in prison or squealing, everyone started naming and blaming everyone else. ‘Just remember that once the toothpaste is out of the tube, it’s going to be very tough to get it back in,’ Chief of Staff Bob Haldeman advised Dean.

They were both to end up behind bars.

At the top of the chain, President Nixon became increasingly paranoid, trusting no one. One by one, he cut his team loose, starting at the bottom, and inching steadily towards the top.

At one point he discussed making Jeb Magruder, the Deputy Director of the Committee to Re-Elect the President, take the blame. Directing Haldeman to tell him, he grew sentimental, recalling his victim’s ‘poor little kids in school… and his lovely wife and all the rest. It just breaks your heart’.

Later, he told Haldeman ‘Just remember you’re doing the right thing’, adding in a reference to Vietnam: ‘That’s what I used to think when I killed some innocent children in Hanoi.’

Many of Nixon’s deliberations, transcribed from the tapes, read like something from a Scorsese film. ‘There’s no sense aggravating Dean. He’ll do anything to save his own ass. He’s p***ing as high as he can get now. We can’t let him p*** any higher, which would be on the President.’

Unable to sleep, dead-set on self-preservation, he became both more sentimental and more cold-hearted, a not uncommon combination. ‘The 37th president of the United States was an unfathomable mixture of idealism and cynicism, greatness and pettiness,’ writes Michael Dobbs.

Eventually Nixon was driven to throw his domestic policy adviser, John Ehrlichman, to the dogs, ordering his resignation. ‘His eyes were red-rimmed and he looked small and drawn,’ recalled Ehrlichman. Nixon ‘began crying uncontrollably’.

At the time of the Watergate scandal and for years afterwards, Nixon was commonly portrayed as an evil monster. One of the many virtues of this book is that, while acknowledging his often grotesque, even comical shortcomings, it also conveys quite a bit of sympathy for the unlovable, joyless, workaholic Nixon, and the hole into which he dug himself.

A particularly telling photograph shows a silver tray, holding a plate with a circle of pineapple with a small dollop of cottage cheese and a glass of milk. The caption tells us that it is ‘Nixon’s customary lunch… photographed on his last day in office, August 8, 1974’.

Elsewhere, we learn that Nixon would take just five minutes for breakfast, and another five minutes off for lunch.

Though he tells the story amazingly well, Dobbs’s cast of characters is unavoidably long, and it is sometimes hard to remember, for instance, which one is Ehrlichman and which is Haldeman.

Nevertheless, many of the junior cast members are as colourful and sleazy as their counterparts in The Sopranos.

My favourites include ‘the Mouth of the South’, Martha Mitchell, the hard-drinking wife of the Director of the Committee to Re-Elect the President, who turned into such a blabbermouth that her cautious husband felt obliged to order her bodyguard to make sure she never called a reporter.

When she managed to lock herself into her bedroom and make just such a call, the bodyguard broke open the door and ripped the telephone line out of the wall. I also have a soft spot for the shameless G. Gordon Liddy, who later drove a vintage Rolls-Royce with the numberplate H2OGATE.

The book ends, very abruptly, with Nixon reluctantly handing over his White House tapes to the Supreme Court. Sixteen days later, he resigned, but Dobbs has chosen not to cover this crucial period, perhaps the most dramatic of all.

The reader is thus left dangling: it is almost as though someone has snapped the tape just before it has reached the end.