Two years to the month after first announcing its move into original production, global sports streaming platform DAZN has shared details of an ambitious original content slate headlining several of the biggest names in sport, such as ESPN World Fame number one athlete Cristiano Ronaldo and global boxing superstars Anthony Joshua, Canelo Alvarez and Gennadiy ‘GGG’ Golovkin, among others.

Now available in more than 200 markets, DAZN is bolstering its non-live-sports catalog with its most ambitious slate to date of new and returning productions aimed to fill the gaps between live events and to offer fans enhanced viewing beyond the matchday experience. Not all the series DAZN is releasing will be available in all 200 territories, but fans can check their local service for programming availability.

“Parallel Worlds” is a new docuseries which connects athletes from different sports to find out what they have in common. Episode one sits Cristiano Ronaldo down with Gennadiy ‘GGG’ Golovkin to discuss training techniques before accompanying the boxer to Turin to watch Ronaldo play a game with his club Juventus.

“The Making Of” is back for a new season from producers Grant Best and Toby Burnett, joined by co-producers Archer’s Mark, with two new instalments of the immersive docuseries. The series revisits the origin stories of several of the world’s best sports persons, detailing the moments that launched them to superstardom. Two new instalments spotlight three marquee fights which defined Anthony Joshua and Gennadiy ‘GGG’ Golovkin’s boxing careers.

Another returning production, “40 Days: Canelo vs. Smith” offers a behind-the-scenes look at how a world-class fighter prepares in the weeks leading up to a big fight. This new three-episode run follows Canelo Alvarez’s return to the super middleweight division ahead of a match against undefeated champion Callum Smith.

New series “Off the Cuff” weighs in as a stripped back interview series kicking off with Anthony Joshua, who talks to award-winning sports journalist Gareth A Davies. The two discuss Joshua’s dream of becoming undisputed heavyweight champion and the leadup to his highly anticipated upcoming bout against Kubrat Pulev.

For the first time, DAZN is diving into animation with “Best 10 Seconds,” a stylized retelling of the most important 10 seconds in a world-class athlete’s career. The series’ first season features boxers Anthony Joshua, Sergio Mora and Ryan Garcia. Each episode is narrated by the athletes themselves and animated by London studio Blinkink.

Although live streaming sports will always form the cornerstone of DAZN’s business, the suspension and cancelation of sporting events worldwide in the wake COVID-19’s spread offered perspective and a chance to learn for DAZN’s in-house production team.

“We’re not going to grow as a sports platform without live sport, but I think the pandemic has emphasized the fans’ need for content beyond live sports,” Hugh Sleight, senior VP of content strategy and the man at the head of the platform’s original programming rollout, explained to Variety. “That need was always there, and I think it fits within the evolution of our design to service sports fans in a more 360-degree way.”

While Sleight acknowledged and applauded other platform’s popular docuseries like Netflix’s “The Last Dance” or Amazon’s “All or Nothing” series, he was quick to point out that DAZN’s original productions can, and must, be different. DAZN’s audience is specific, and while scripted streaming platforms often want to cast the widest net with their programming, Sleight and his team understand that they must entertain a knowledgeable, passionate and devoted group of subscribers.

“With this launch, for instance, we worked hard to put together a slate of content that really caters to boxing fans. I think that must be a core approach of ours moving forward,” he pointed out.

Now available in more than 200 countries, one of DAZN’s top priorities is finding and partnering with top local talent in markets where it will be producing original content. According to Sleight, working with local co-producers on DAZN’s original content is an absolute must.

“Right now, we’re doing a great job with big, global released live sport. But even then, something like the Champions League final, which is a big global event, is way more popular in European markets than it is in others. The story around sporting events is often very, very local. So, while we are focused on a few big global projects, beyond that it’s all about local content creation.” 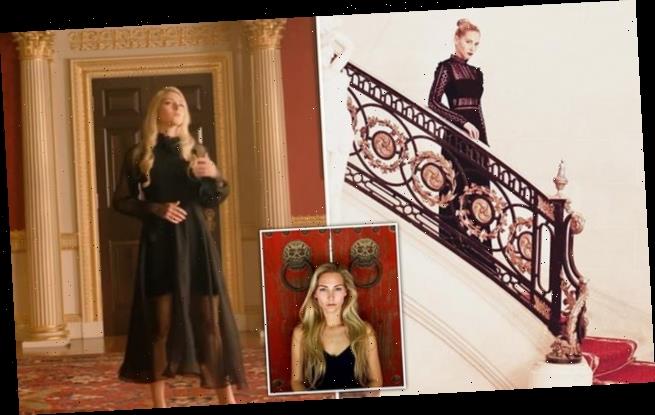