Revealed: Why a cup of coffee DOESN’T help you sober up after a night of drinking

After a heavy night of boozing, most people reach for a cup of coffee to help them sober up.

But a scientist has now revealed that everyone’s favourite caffeinated beverage doesn’t actually help rid yourself of a hangover.

While you might feel more alert from the caffeine, your hand-eye coordination and other motor skills will still be affected from the alcohol in your blood, he said. 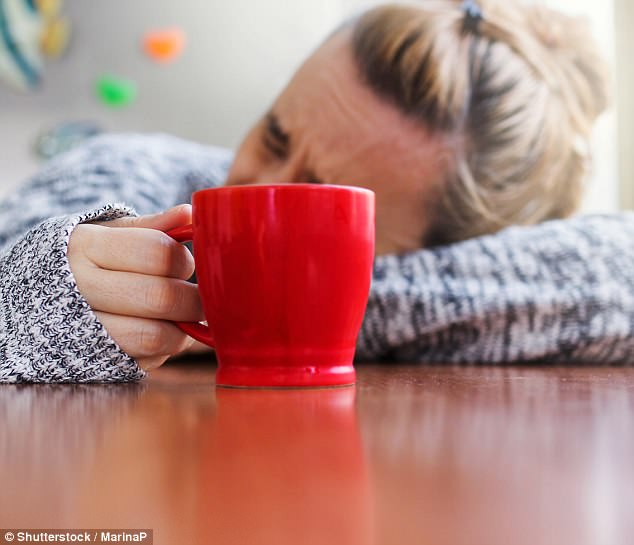 Professor Moss conducts an experiment on the Channel 4 show to put the theory to the test.

He invites five students into a controlled pub-like environment where the group drink a vodka and tonic that contains enough alcohol for their individual height and weights to get them tipsy.

The group are then tasked with a simple hand-eye co-ordination test where they have to guide a metal loop around a wire without touching it.

They all fail, and they are visibly giddy. Professor Tony Moss has revealed that there is nothing you can drink that will help you sober up more quickly, including a coffee

They are then given a cup of coffee after five minutes, and they attempt to play the game again.

Although they feel more alert, all of them fail at the wire loop test again.

When their blood alcohol levels are tested via a breathalyser, Professor Moss reveals their levels haven’t changed after drinking the coffee.

In fact, Professor Moss reveals there is only one way to sober up after drinking: to wait.

He tells Jimmy: ‘We know from wider research that coffee isn’t an antidote to alcohol.

‘Taking coffee is a stimulant that will reverse that feeling of being slightly tired as your blood alcohol is coming down.

‘The only thing that’s going to sober you up in that respect is a bit of time.’

He also revealed that there is nothing you can drink that will sober you up faster.

Professor ‘People think drinking water, that’s another one, but again nothing that you drink is going to speed up the rate that your livee can get rid of the alcohol in your blood stream’.

It can take two to three hours for a pint of beet to leave your system, and five hours for half a bottle of wine.

Food Unwrapped is on Channel 4 at 8pm on Monday