DAILY MAIL COMMENT: Time ebbs away for a leader defined by duty

It couldn’t be clearer – Theresa May’s tenure as Prime Minister and leader of the Conservative Party is at an end. Despite her valiant efforts to deliver an honourable Brexit, she has finally run out of road.

Her Withdrawal Agreement Bill is seemingly dead in the water, and as events in Downing Street yesterday so brutally demonstrated, her support and authority have evaporated.

This is a woman who has always been driven by duty, and whose honest search for compromise was thwarted on all sides. 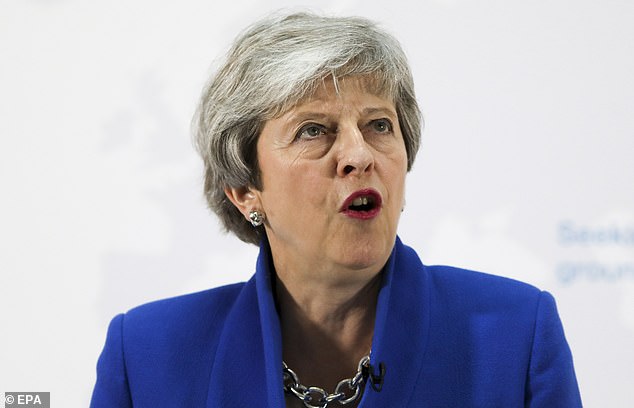 This is a woman who has always been driven by duty, and whose honest search for compromise was thwarted on all sides

It’s essential now that she be allowed to leave No 10 with the dignity she deserves – probably either during or just after the coming weekend.

But before that moment arrives, the Tories must endure the ignominy of a probable wipe-out in the farcical European elections.

On February 1, 2017, the Commons agreed by a majority of 384 to pull Britain out of the EU by March 29 this year. Yet here we are today, two months after that deadline, being asked to elect a new raft of MEPs.

This represents the most spectacular failure by our political class to honour the biggest democratic mandate in UK history. But still the two main parties are calling on voters to support them in this orphan election.

Across the country, the response to that call is a resounding: ‘You must be joking!’

Thanks to a combination of division and incompetence, the Tories have failed to achieve the Brexit they promised.

Meanwhile Labour has become so confused that it no longer knows whether it wants to leave the EU or not – with or without a second referendum.

On every level, they have failed the people. Is it any wonder voters want to give them all a bloody nose?

They have been grievously let down and they are angry. Very, very angry.

Enter Nigel Farage, who boldly claims he can slay the Brussels dragon and lead us to sunlit uplands.

After two years of stasis it’s a seductive message, which is why he is riding so high in the polls.

A survey yesterday put his Brexit Party at 37 per cent, with Labour on 13 and the Conservatives on a disastrous 7. 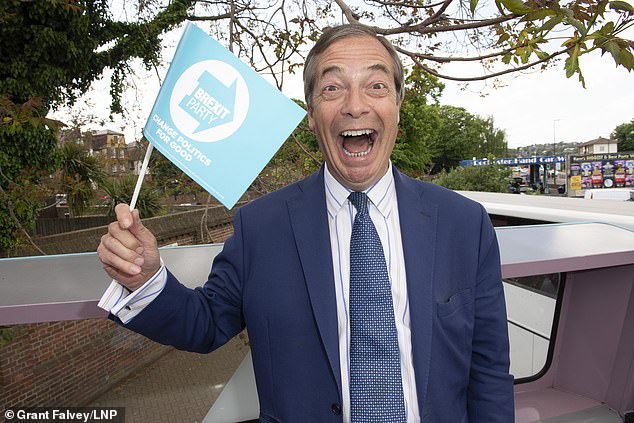 Though Mr Farage’s party may be good for a protest vote, the idea that it is the long-term answer to Britain’s problems is simply wrong

But for all his Everyman rhetorical gifts, Mr Farage’s prospectus is an illusion.

Though his party may be good for a protest vote, the idea that it is the long-term answer to Britain’s problems is simply wrong.

They are no more than a loose affiliation of single-issue obsessives. Nobody seriously believes they could govern the country.

So, disaffected Tory supporters must try to look beyond their righteous anger.

Despite their manifold faults and divisions, the Conservatives represent the only realistic chance of keeping a malign Labour/SNP coalition away from the levers of power.

If they are annihilated now, a fate far worse than any Brexit outcome may await the nation.

For their part, Tory MPs must prove they are worthy of trust. And their new leader – whoever that may be – must offer a positive, optimistic vision for Brexit and beyond.

This Government has been paralysed long enough. Action is urgently required on social care, knife crime, schools, and, as the current steel crisis demonstrates, our industrial strategy.

Barring miracles, this election will be a total humiliation for the Tories. But the Mail believes that with unity and strong leadership, they can rise from the ashes – not least because they have such a remarkable economic story to tell.

If natural Conservative supporters can find it in themselves to keep the faith, a great revival could be just over the horizon. The prize – for all of us – could hardly be greater.