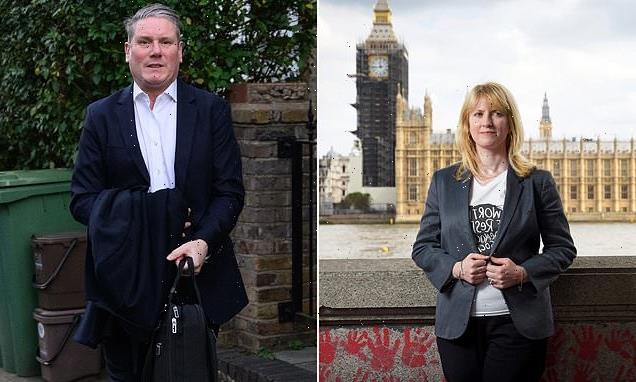 DAN HODGES: Yet again a Labour MP is being bullied – and yet again, party leader Sir Keir Starmer sees and hears no evil…

A couple of weeks ago, the Labour MP Rosie Duffield was having a chat with a colleague. Duffield and her partner had just bought a holiday home in his area, and she jokingly told him: ‘I’m about to become one of your constituents.’

Duffield forgot about the conversation. Then, a few days later, something strange started to happen.

First, she was called to a meeting with someone in her Canterbury constituency. A ‘source in the Parliamentary Labour Party’ had reported she was preparing to stand down and move away, she was informed. Was it true?

Then a blog by a constituent – a long-standing Corbynite critic of hers – appeared. It contained the same information, and publicly revealed the part of the country she was reportedly moving to. 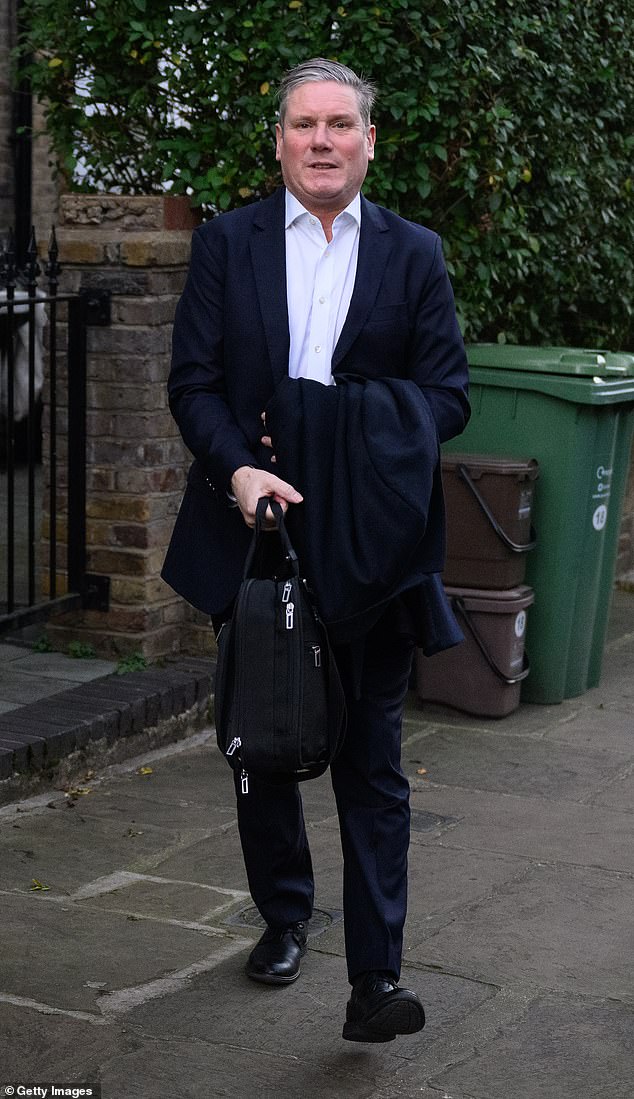 The bullying of another Labour MP highlights Sir Keir Starmer’s instinctive cowardice, especially where it comes to any controversial issue such as trans rights 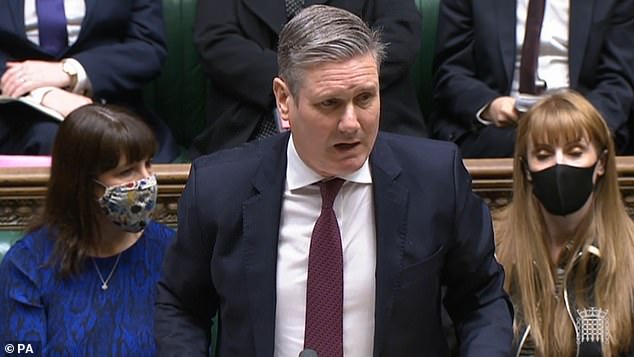 Finally, she received an email from the Corbynite news site Skwawkbox. The editor had been told that Duffield was moving to another constituency, and that ‘your local members are very upset about it’.

It cryptically added that the Labour whips office were irritated because they had only found out about the move ‘because of the dialling code in a landline contact number you provided to them’.

According to Duffield’s allies, that was the moment it became clear she was being subjected to a co-ordinated smear campaign by sections of her own party. She felt her privacy was being deliberately violated.

And most significantly, she believed her safety was being compromised.

In August 2020, Duffield sparked controversy by claiming ‘only women have a cervix’. In the trans rights storm that followed, she received abuse, threats and was forced to implement new security protocols.

A friend of Duffield told me: ‘The house she bought is in a small village. If people are revealing the location, her security is going to be put at risk.’

Concerned, Duffield approached the Labour Party whips office about the story. According to her allies, the response she received was: ‘It’s just tittle-tattle.’ There was nothing they could do.

So she turned to her leader, Sir Keir Starmer. He couldn’t get directly involved, she was told. But a meeting was arranged with one of his senior officials.

They claimed to be sympathetic, but added that the situation was ‘unique’. As a result, they didn’t feel able to launch an investigation, they said.

But Duffield persisted. She approached the Speaker of the House, Lindsay Hoyle. Again he was sympathetic.

And although he said the issue was ultimately an internal Labour matter, he agreed it was serious enough to refer her to the House of Commons security team. I’m told Duffield spoke with them on Thursday, and is due to meet them next week.

Rosie Duffield is a figure who divides opinion. Many of her colleagues like and respect her, especially her campaigning over domestic abuse, which she has personally experienced. 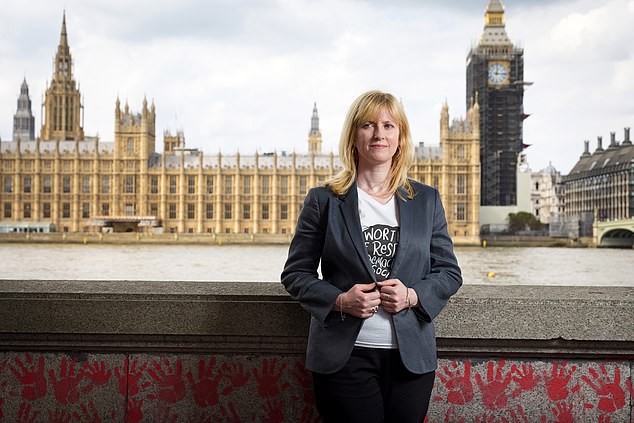 Rosie Duffield (pictured) is a figure who divides opinion. Many of her colleagues like and respect her, especially her campaigning over domestic abuse, which she has personally experienced

Others believe she is overly ambitious, and find her comments on trans rights an unnecessary and self-aggrandising distraction.

It’s irrelevant. Duffield’s treatment speaks for itself. And it also says a lot about Keir Starmer, and some of the issues that still surround his leadership.

The first of which is the hypocrisy. Two weeks ago, William Wragg, Tory chairman of the Public Administration Committee, revealed that several of his colleagues had been subject to what he called ‘pressures and intimidation from members of the Government’.

Specifically highlighting the role of the Conservative whips office, he said ‘it would be my general advice to colleagues to report these matters to the Speaker of the House of Commons and the Commissioner of the Metropolitan Police’.

Labour reacted with predictable and righteous fury. ‘These are grave and shocking accusations of bullying, blackmail, and misuse of public money,’ roared Angela Rayner, ‘and must be investigated thoroughly.’

So why haven’t the allegations made by Rosie Duffield been investigated thoroughly? There may not be any abuse of public money involved.

But her allies believe there is a clear attempt by some Labour whips to force her towards political acquiescence – at best – or, at worst, bully her right out of the party. To the extent that her physical safety is being jeopardised.

Another thing the saga highlights is Starmer’s instinctive cowardice, especially where it comes to any controversial issue such as trans rights.

Whatever people think about Duffield’s stance, at least she’s been prepared to adopt one, as have a number of her colleagues. Last week, Wes Streeting set out an articulate and compassionate position on the issue.

Their leader, in contrast, has said nothing. Save for one ham-fisted intervention at last year’s Labour conference – where he simplistically claimed that saying only a woman can have a cervix ‘shouldn’t be said, it’s not right’ – he’s tried to swerve the subject entirely.

A number of Labour MPs believe that timidity is also reflected in the new make-up of Labour’s whipping operation.

As one MP told me: ‘Keir is still nervous about the Corbynites. So he’s been quietly promoting several of them to the whips.

It doesn’t get as much attention as a front-bench appointment, it means they owe him something, and he’s hoping if things get sticky around Corbyn’s suspension they’ll be able to stop things spiralling out of control.’

But the way Starmer has reacted – or failed to react – to the bullying of Duffield exposes something else.

The cloying self-righteousness that is starting to envelop his operation. As the Partygate scandal has unfolded, Labour’s leader has started to sound less like an inquisitor, and more like a preacher.

‘Selflessness, integrity, objectivity, accountability, openness, honesty, leadership. I shouldn’t have to pledge to honour these principles but, sadly, I feel I do,’ the Elmer Gantry of the Left intoned on Thursday.

‘So my solemn promise to you will always be to run a government that honours these principles.’

With the police circling, No 10 staffers bolting and Boris dissembling, this may seem like sensible strategic positioning. But sooner or later, Starmer’s holier-than-thou tone is going to begin to grate.

There’s precious little evidence of that in the treatment of Duffield. How much integrity lay behind the leaking of private information to her local party and Corbynite opponents? 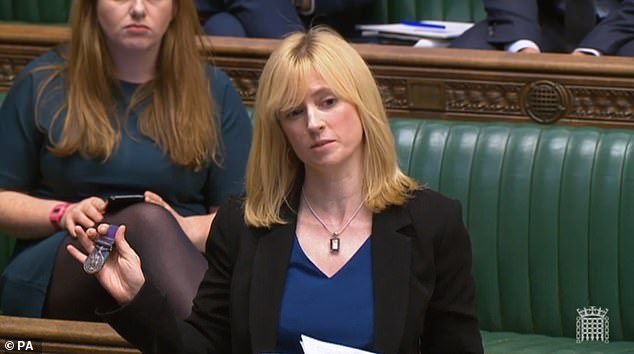 Duffield’s allies said she was being subjected to a co-ordinated smear campaign by sections of her own party. The MP felt her privacy was being deliberately violated

What commitment to openness underpinned the decision not to investigate her complaints? And what kind of leadership was on display when Starmer took the decision to wash his hands of the whole issue, and leave her twisting in the wind?

Labour are supposed to be turning the page on the Corbyn years. But there is something disturbingly familiar about the picture being painted by Duffield and her allies.

Another moderate Labour politician being targeted and victimised. Threats to her physical safety. A relentless and targeted social media campaign. A leader who can see and hear no evil.

Over the past few weeks, attention has been focused on the chaos and possible criminality within Downing Street. But at some point attention will shift back to Labour.

People will wonder whether Starmer’s fine words really will be matched by fine deeds. And when they look at the way he has dealt with Rosie Duffield, they will see he has been found wanting.