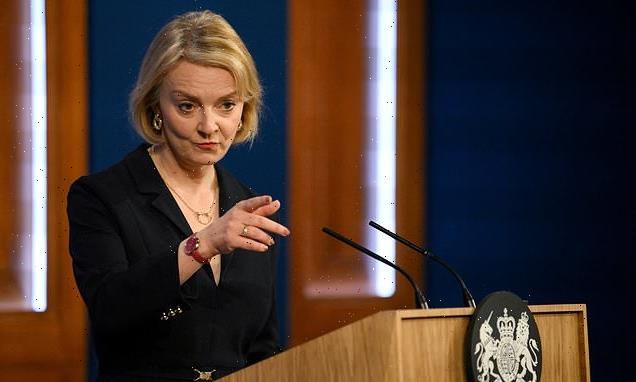 DAN HODGES: The idea that Liz Truss can lead us through the trials ahead is a fantasy. Her time in office is over

The former Minister did his best. ‘Look, there’s a way she could still survive. If she makes more changes to the mini-Budget. Or completely rebuilds her team, you could…’ Then he stopped. ‘Actually, she’s finished. We’re not going to sit back and let her take the country and the party over the cliff.’

Liz Truss’s premiership is over. How we got here – just a few scarcely believable weeks since she picked up the seals of office – is irrelevant. All that matters now is that the Prime Minister recognises this basic truth. And if she cannot, that her party moves swiftly and cleanly to bring her term of office to an end.

‘She gets it. She understands. She’s listening,’ a Liz Truss ally told me, before trotting out the mantra of how she is determined to carry on with her mission to deliver growth for the people of Britain.

Liz Truss doesn’t get it. If she did, she would no longer be sitting in Downing Street. 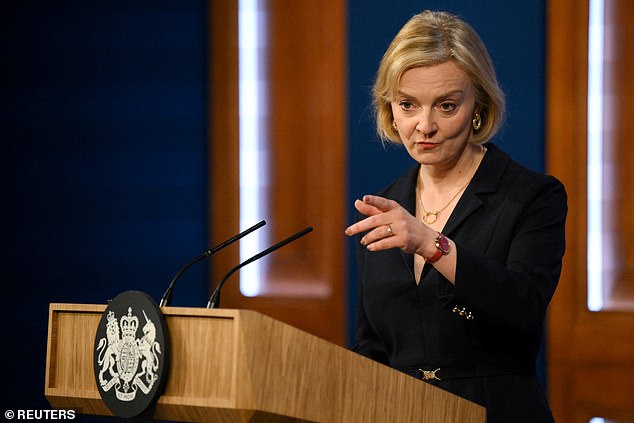 Liz Truss’s premiership is over. How we got here – just a few scarcely believable weeks since she picked up the seals of office – is irrelevant

A Cabinet Minister who has seen her over the past few days gave a more realistic assessment. ‘This has hit her very hard. But I don’t know precisely how. She is very resilient. She’s not soft.

‘But she’s been dealing with things that are incredibly difficult for her, like sacking Kwasi, who’s one of her closest friends. I don’t know where we go from here. I don’t know what the mechanisms are.’

The mechanism is actually relatively simple. I’m told that more than 100 Tory MPs have agreed to submit a motion of no confidence in the Prime Minister to the chairman of the backbench 1922 Committee, Sir Graham Brady. But at the moment, the formal tabling of the letters is precluded by a rule blocking a challenge for the first 12 months of Ms Truss’s term.

‘It just needs Sir Graham to change that rule and then we submit the letters,’ one Tory grandee told me. ‘And if he doesn’t, then we’ll just vote him out and get another chair who will.’

It shouldn’t have to come to that. The events of the past few weeks represent a personal tragedy for Liz Truss. But she is a grown-up and the future of the country is now on the line.

Yes, Kwasi Kwarteng must share some blame for the disastrous mini-Budget. Yes, it’s clear the Prime Minister has not always enjoyed the best advice from those within her inner circle. But, ultimately, this is a crisis of her own making.

‘We were in a meeting to discuss the Budget,’ one aide told me, ‘and one of her advisers said, “I think there’s a problem with this. It’s going to look like our priority is tax cuts for the rich.”

Over the past few days, some Tory MPs have been talking about a coronation, where Ms Truss resigns and a replacement rises by acclamation from their ranks.

Indeed, it was clear from Jeremy Hunt’s first round of media interviews yesterday morning that the new Chancellor believes that process has already taken place and he is the de facto Prime Minister. But even after the mayhem of the past week, Britain still has pretensions to be a functioning democracy.

And though he has his qualities, the Hunt Coup cannot be allowed to stand.

Ms Truss must resign or be jettisoned. Then there has to be a swift – but clear and transparent – process to appoint her successor.

The country cannot be put through another interminable leadership contest, so the rules for electing the next Conservative leader also need to be changed.

Tory members must be completely removed from the process. Nominations should then be submitted for the new leader, with the threshold being 33 per cent of the parliamentary Conservative Party.

That will help weed out the vanity candidates and those running solely to boost their chances of securing a plum Cabinet position.

Nominations should also be limited to those candidates who have served for a minimum of 12 months in one of the four great offices of state. At a time of war and economic crisis, there is no more scope for handing the governance of the nation to an apprentice.

There are still some Tory MPs who baulk at the idea of another change of leader. One said: ‘We’ll look like a rabble. The country won’t take us seriously.’ 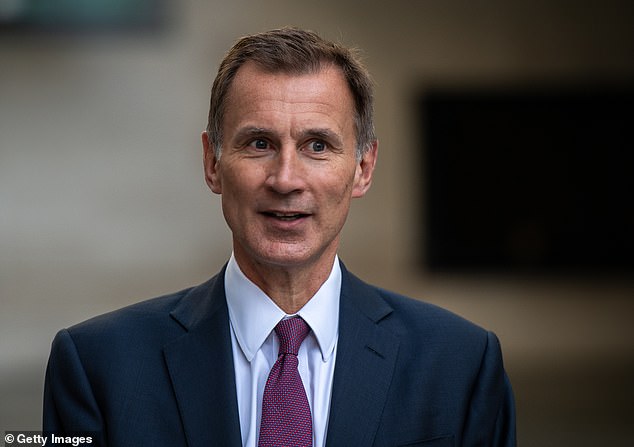 Indeed, it was clear from Jeremy Hunt’s first round of media interviews yesterday morning that the new Chancellor believes that process has already taken place and he is the de facto Prime Ministe

Well, on Friday, the Chancellor of the Exchequer found out he was going to be sacked when he read it on Twitter as he drove back from Heathrow Airport.

The Prime Minister then stood up and announced she was raising corporation tax, less than a month after telling the country: ‘Putting up corporation tax at a time when we’re trying to attract investment to this country isn’t going to deliver growth. We need to be competitive.’

Just 24 hours later, her new Chancellor appeared on television and casually declared that none of her tax and spending pledges were relevant anyway, and he would decide on his own what the Government’s economic policy would be.

So when it comes to the Tory party ‘looking like a rabble’, that horse has already bolted. It’s now the job of every Conservative MP to round it up and get it back in the stable as quickly as possible.

Some think it’s not possible. ‘If we end up with Rishi Sunak or Hunt as Prime Minister, the party will split and never recover,’ one MP moaned.

Well, that’s tough. It’s not about the Tory party any more, it’s about Britain and the British people.

Interest rates are soaring. Pension funds are teetering on the edge of collapse. Recession is looming. The markets are in turmoil. Vladimir Putin’s finger is hovering over the nuclear button. As one former Minister said: ‘These people saying we can’t move against her because she’ll be replaced by an ideological non-believer are sounding like the Corbynites. You have to govern from the centre.

‘We may not be able to win the next election, but we might save about 40 seats and be in a position to win again in five years.’ 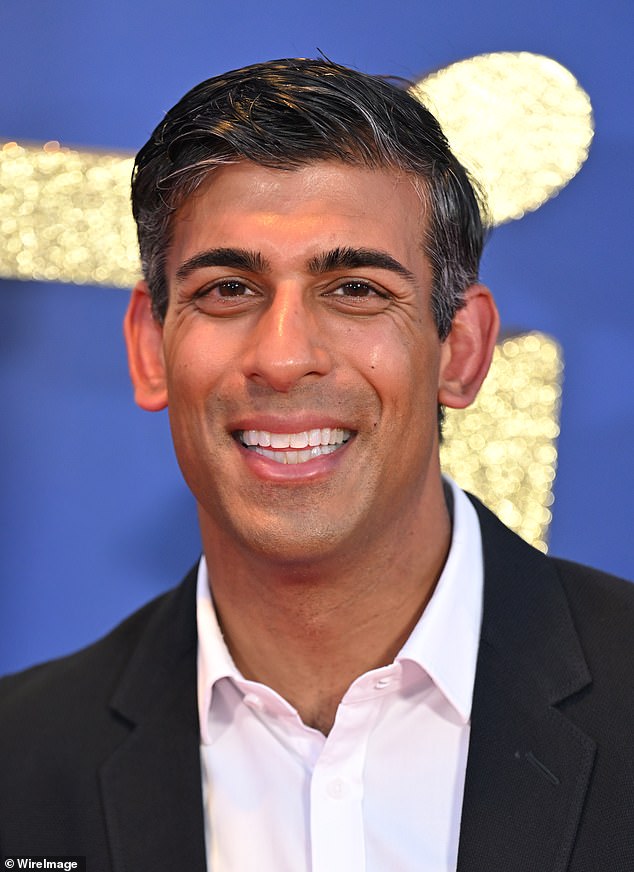 ‘If we end up with Rishi Sunak or Hunt as Prime Minister, the party will split and never recover,’ one MP moaned

Whingeing Tory MPs need to get a grip. They have to put aside narrow ideology, bruised egos and petty grievances. And then they need to roll up their sleeves and for the next two years get down to doing what they were elected to do – actually running the country.

Liz Truss cannot run it. Over the past few days that has become crystal clear. So there can be no more faffing about.

Tory MPs can’t wait till next year’s local elections. Or a few more weeks, in some forlorn hope ‘she might just be able to turn it around’. They have to move and they have to move now.

The idea that the broken, hesitant figure who ran out of Friday’s Downing Street press conference can lead the country through the trials ahead is a cruel fantasy. Cruel to her, and cruel to Britain.