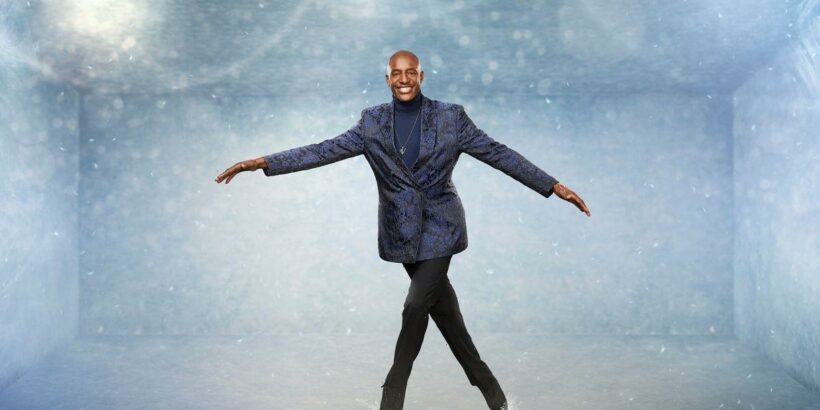 A brand new celebrity line-up is ready to brave the cold as Dancing On Ice returns for its 15th series, with hosts Phillip Schofield and Holly Willoughby presiding over the action.

English television presenter and former professional footballer John Fashanu is one of the 11 stars strapping on their skates.

Ahead of his time in the competition, the 60 year old said, “I’ve been good at martial arts, boxing and playing football and the ultimate is doing something that is going to push you to the limits.”

Following his football career, he went on to co-host Gladiators in the 1990s.

Born in London, John is the son of Pearl Gopal, a nurse from British Guiana and Patrick Fashanu, a Nigerian barrister.

When his parents split up he and his older brother, Justin, were sent to a Barnardo's care home. When John was five, the pair were fostered and brought up near Attleborough, Norfolk.

John subsequently disowned his brother. The week after he came out, he criticised his sibling in an interview with newspaper The Voice, under the headline: "John Fashanu: My gay brother is an outcast."

In 2018, John Fashanu admitted that he had been a "monster" to Justin when he came out as gay.

The story of Justin's life is set to be turned into an ITV drama, with the help of his younger brother John.

The retired England and Wimbledon player has two sons, Amir and Akio, and two daughters, Amal and Alana.

He has been married three times, according to a documentary on football culture made by his daughter Amal.

Sharing a picture with his current partner on Instagram, he said: "The calm and the storm. Team work.

"Beside every Great Man there is an even a GREATER Woman. thank you for your support #teamwork#partners #lover #wife."

If you have been affected by this story, you can call the Samaritans on 116 123 or visit www.samaritans.org.