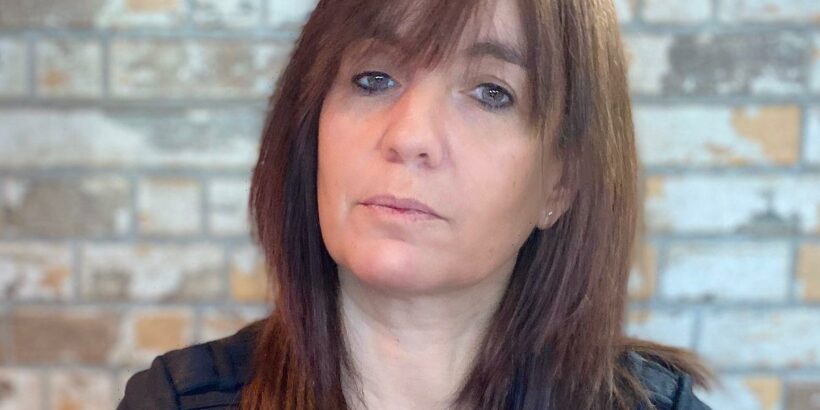 Britain’s “dating detective” has revealed how to spot a potential scammer – and is warning people they could be conned out of thousands of pounds if they're not careful.

Samantha Cooper, 53, from London, works as an investigator with her primary goal being to “save people from heartbreak and financial loss” as a result of their love matches.

“With the release of The Tinder Swindler this week it has really ignited the conversation of romance fraud,” Samantha, who runs Rogue Daters private investigation service, told Jam Press.

“I have seen on social media that a lot of people are claiming the victims deserved to be scammed as they were greedy in wanting to date a son of a billionaire. This is very, very unfair.

“I am sure they were flattered by the attention of a rich, handsome man and simply thought they were entering into a connection with a man who, on the face of it, appeared to be actively looking for romance with the promise of an exciting future.

“He knew exactly how to get into their heads, knowing their hearts would rule.

“I hope this documentary helps stop other people from parting with money if asked by somebody they have connected with online.”

Samantha is no stranger to similar swindlers, and often the "romance fraud" specialist stops them in their tracks when they already have their hooks in an unsuspecting victim – and swoops in just in time, before any money has been transferred.

One of Samantha's clients had met a man on a popular dating website when he claimed to "fall ill" and tried to get her to pay his medical bills.

She said: “He did not show up and she could not get hold of him at all until he contacted her three weeks later when he claimed he had been ill in hospital with sepsis.

“He then asked for financial help to cover his bills as he hadn’t been paid whilst ill.

"She totally believed him and only contacted me to prove to her concerned sister that he was genuine.

“Sadly, he was not who he claimed to be and she had been sent photographs of an international government minister.”

Luckily, the client hadn’t sent him any money yet – with Samantha helping to prevent the close shave.

The detective, who lives with her long-term partner Steve and two children, says there are a range of ways scammers will target someone – and they often come prepared with tall tales to get the victim to part with their cash.

She said: “There have been the familiar stories we have all heard about soldiers being injured, or a family member suddenly needing life-saving surgery.

“Many pose as business-owners, travelling abroad and suffer some kind of emergency cash flow or customs problem.

“I have even seen an older gentleman scammed by believing he was sending money to a woman so she could escape from a life of controlled prostitution.”

She added: “I have seen people that have taken out personal loans, cashed in private pensions and even considered re-mortgaging their property. This shows how emotionally invested they become.”

Samantha says the most common target for a scammer is a 45+ year-old divorced or widowed woman – believing this to be a “target age” where the victim is likely to have amassed assets such as property, pension or successful business.

Luckily, there are a few signs to keep an eye out for.

Samantha said: “The scammers will use powers of manipulation to win a person over. They will shower them with attention in the form of email, text messages and sometimes phone calls. They will always find an excuse not to video call.

“It may take quite a few weeks before progressing on to the scam, but this is to win over a person’s trust and get them emotionally invested.

“There is nothing wrong with running some simple checks to ease concerns – you wouldn’t take a job without researching the company first.”

Samantha was working as a private investigator when she saw a gap in the market for a detective specialising in romance fraud, and decided to dedicate herself to the field in 2018.

Since then, she has helped many people but it isn’t always easy going.

She said: “It is never easy to tell a person that they have been scammed. Of course, some people get upset when they know the truth, their savings have gone and their future plans have been shattered.

“Occasionally I have had it where people initially do not believe what I am telling them, but I work through my report of findings with them, and you can tell when the reality of the situation hits home.”

As for the scammers themselves, Samantha tries not to focus on them, and instead encourages prevention – saying that once the money has been sent, it is “almost impossible” to retrieve.

While much of her day is spent in front of a computer like any other desk job, Samantha has had incredible feedback from the people she has helped.

She added: “Clients have said ‘I really wish I had come to you earlier, but I didn’t know there was anybody who could help’ or ‘I have fallen out with my family as I didn’t believe them when they said it was a scam – what am I going to do?’

“[Others have said] ‘I never would have sent money as I cannot afford it but he caught me off guard at a time I was really at a low and I gave in’.

“People are so quick to say that it would never happen to them, or they must be stupid. They are not stupid people; they are victims of crime who let down their guard for a chance of love.

“I don’t think people really understand the long-term effects of being a victim of romance fraud – some people have literally lost their life savings and future hopes.

“It also makes people doubt their own judgement and trust in others. The reported figures of romance fraud (£68 Million in 2020 according to Action Fraud) are so high, and yet I believe we will never know the true value of this type of crime as so many go unreported.

“The scammers are now seeing this type of work as a lucrative option which needs to be stopped.”

To get the latest real life stories straight to your inbox, sign up to OK!'s daily newsletter.