This deal’s a disaster for Britain and the Tories, says BEN BRADLEY – the MP who resigned as vice chairman of the party 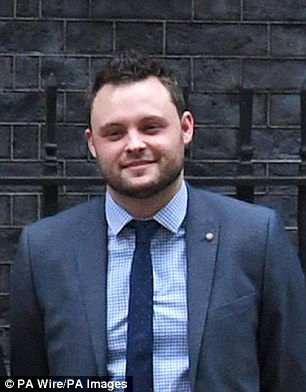 The Cabinet’s Chequers Agreement is fundamentally the wrong deal for the UK and the Conservative Party, says Ben Bradley

This deal, which is only the opening bid in a negotiation, will betray our country, the Conservative Party and the millions of people, including the majority of my constituents, who voted to leave the EU.

Implementing Brexit in name only will make a mockery of our democracy and it would tie us to some of the worst aspects of the EU. In particular, the Cabinet agreed to accept what, in practice, is Brussels’s rule book. After all, with compliance to EU laws comes EU case law and enforcement.

We are told that we could decide to change any EU law, but there would be ‘consequences’: the removal of market access and customs.

This ‘consequence’ could trap us in the rule book and make us unable to accept goods from non-EU countries with equally high, but different, standards. In short, we will be a rule taker, not a rule maker.

We will have to collect EU taxes and no doubt the EU will, in return, want to heavily monitor the process.

We also seem to be allowing the EU to dictate its idea with regard to the Northern Irish border with Ireland.

Is that sovereignty? Hardly. 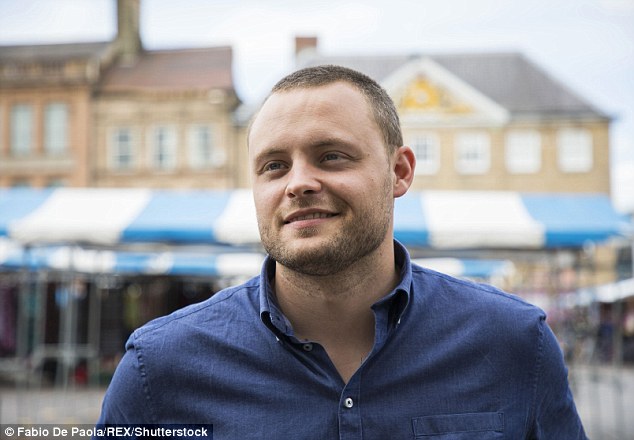 My constituents knew what they were doing when they voted Leave, the MP said

Faced with that as a deal I think ‘no deal’ is worth considering. The simple fact is that we can do better.

European Council President Donald Tusk has previously offered a Canada or Japan-style trade agreement. We should have accepted that as a basis for talks. David Davis was working on what seemed a perfectly sensible technical plan for the Northern Irish border before he appeared to have the ground cut from under him.

During the referendum campaign, I was often described as a ‘reluctant Remainer’.

Since then, the realisation of opportunities to change course, to be a free, global Britain trading around the world on our own terms, has been the reason I have backed a full and proper Brexit strategy. Freedom is what my constituents expect, too.

Mansfield, in Nottinghamshire, was a Labour seat for a century until last year and I want to win it again, not least because the last thing this country needs is Jeremy Corbyn as prime minister.

There may be civil servants and big business lobbyists who think the Chequers proposals are a marvellous idea, as they can claim this meets the letter of various promises and the referendum result while keeping us in so many aspects of the EU.

My constituents knew what they were doing when they voted Leave. 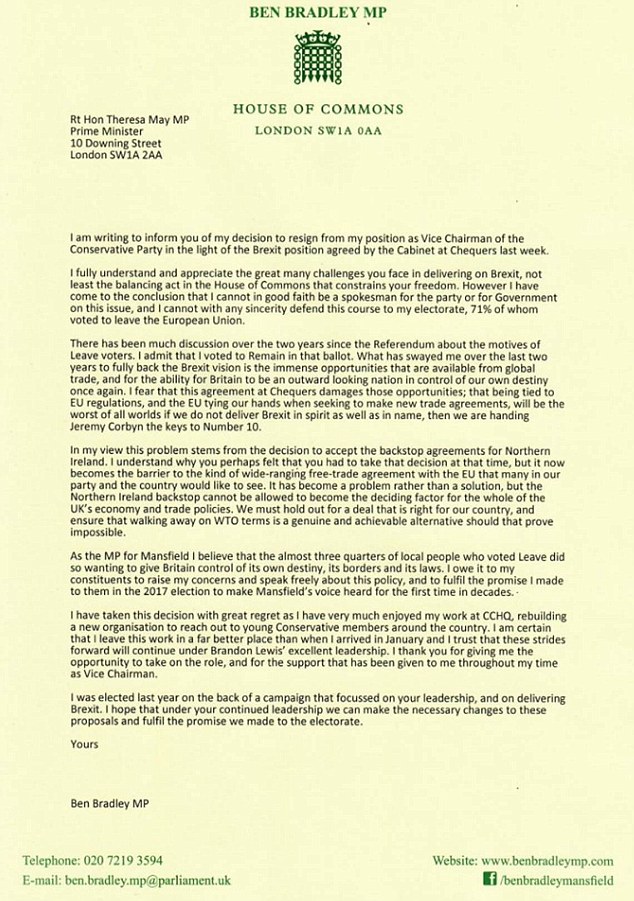 And for so many of them, this proposal does not capture the spirit of what they want. It is quite simply the wrong thing to do.

If this deal is bad for our country and democracy, it will be a disaster for the Conservative Party, too. I do not wish to see my party broken over this deal, and I have to say again it’s not even the one the EU is going to accept.

During the two years since the referendum, supporters of leaving the EU have put up with a lot, and made compromises. They have accepted the EU’s insistence on discussing money first. They have accepted a transition period that will mean we will follow EU rules for nearly two extra years.

To her credit, while Mrs May has stuck to the EU’s programme, she has made progress and reached agreement in those areas. We have accepted all of these things in the hope that, in the end, we will leave and be free to chart our own destiny.

Thus it is disappointing to find that we may still to be tied to the EU in so many ways. It is time to stop simply accepting everything that is thrown at us by the EU. We should leave ideally with a deal, but if they won’t negotiate in good faith we should stop tying ourselves in knots for their benefit.

It’s a big world out there and we can thrive with or without the EU.