This is how working mother of two and blogger Celeste Erlach started her open letter to her husband which was published last month of the Facebook group Breastfeeding Mamma Talk.

In the letter, Erlach lamented the gender roles they had both slipped into after the kids arrived. Despite her returning to work, it was assumed that she was still responsible for all the childcare and domestic work. 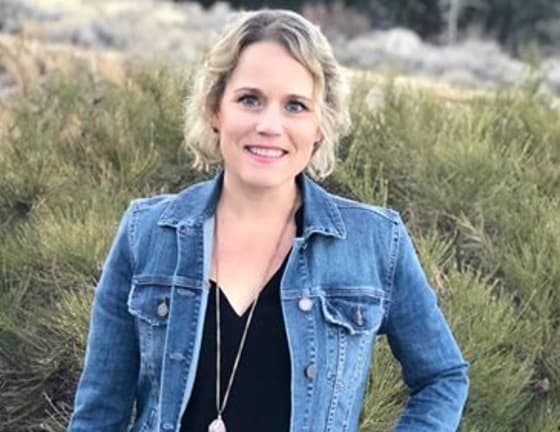 And the “help” that her husband did provide was often inadequate. In some cases, it was infuriating, such as when she asked her husband to look after the baby so she could go to bed early to get some much needed rest. Twenty minutes later her husband returned the crying baby to her.

“You placed the [crying] baby in the bassinet and gently pushed the bassinet just a few inches closer to my side of the bed, a clear gesture that you were done watching him,” Elrach wrote in her letter.

“I wanted to scream at you. I wanted to launch an epic fight that very moment. I had been watching the baby and the toddler all damn day. I was going to be waking up with the baby to feed him all damn night. The least you could do is hold him for a couple of hours in the evening so I can attempt to sleep.”

Cue the avalanche of mothers relating to, and sympathising with, Elrach’s frustration.

“I could have written this. My husband is an amazing father and partner, but yes, sometimes I do need that extra help. A pat on the back. A nap. A thank you. An hour of alone time. Why do I still feel bad then when I ask?” wrote one mother in the Facebook comments.

“I always think to myself, wow what a luxury it must be to be male. Being able to leave to work without having to do a million things before leaving, like making sure the kids are showered, dressed, fed and ready for school,” wrote another.

When Elrach wrote the letter she had no intention of ever showing it to her husband — let alone the 2 million people who follow the Facebook group. She wrote only to gather her thoughts in preparation for a face-to-face conversation with her husband about how she wasn’t coping and needed him to do more and home.

“I was on the verge of breaking many times, and I felt guilty and embarrassed that I could not keep up with the physical, mental and emotional workload that all of us moms endure. Was something wrong with me, or do other moms experience this too?” Elrach said via email.

She published the letter to inspire other mothers have similar conversations with their partners.

“I want moms to know they need to speak up. Asking for help does not mean you've failed,” she said.

There is certainly merit in this. Anything to help mothers realise that their feelings of overwhelm and frustration are not due to a personal failing, but of a gross inequality with gender roles, is a good thing.

But there is a massive gap between women realising that they shouldn’t have to do it all, and actually not doing it all. And sadly, for many women, it’s going to take more than a frank conversation or a public letter to correct the inequality in their home.

I don’t think I’ve ever met a heterosexual and partnered mother who hasn’t, at one time or another asked her partner for more “help”. Yet, despite these requests, the inequality in childcare and domestic work persists. In many cases the root of the problem can be found in the framing of the request, particularly that little word “help”.

To “help” someone is to do them a favour. It is to provide assistance to a problem that, in the general stream of life, is not your responsibility.

Inherent in a mother’s request for more “help” is the assumption that childcare and domestic work is the primary responsibility of the mother, but since she’s not coping, it would be great if dad could pitch in occasionally.

If we actually viewed caring for children as a father’s responsibility too, then we wouldn’t ask men to help, we’d just expect them to do their job as a parent, just like we expect mothers to do theirs.

And, as Heidi Stevens wrote in the Chicago Tribune in response to Elrach’s letter, it’s not mothers who need help, it’s the children.

“I wish she hadn’t framed her husband’s care and feeding of his own children as a way of assisting her. Instead of ‘I. Need. More. Help’, I wish she’d written, ‘They. Need. Your. Help’,” wrote Stevens.

“Babies and toddlers have a whole lot of needs. Dads have a vested interest in those needs being met. So why is meeting them considered “helping” their mother?”

Elrach’s letter has had the great effect of sparking conversation and delivered results in her own home. This is great. Hey, whatever works.