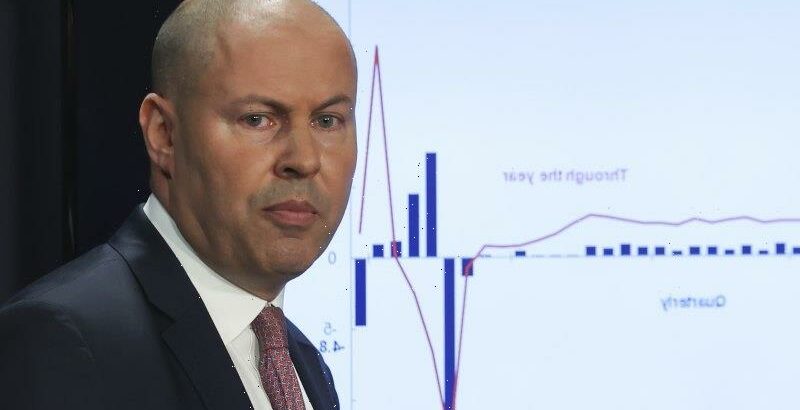 Every new treasurer uses their first budget to promise an assault on debt and deficit.

It’s a rite of passage to decry their predecessor, ignore any troubles they faced, and paint a picture of fiscal nirvana.

In 1996, Peter Costello said the previous government had left Australia on “a path of deficit and debt to the next century”. 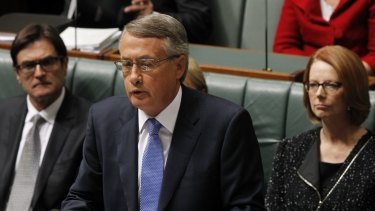 Treasurer Wayne Swan delivers his final federal budget. After promising surpluses, the global financial crisis crippled the budget and it is has never fully recovered.Credit:Andrew Meares

Wayne Swan used his first budget to argue the country needed a “strong surplus to anchor a strong economy (and) to do our bit to ease inflationary pressures in the economy”.

Six years later, Joe Hockey warned debt was on its way to $667 billion. “The days of borrow and spend must come to an end,” he proclaimed.

Scott Morrison said his first budget would ensure “the government lives within its means … and reduce the burden of long term debt”.

Josh Frydenberg donned methaphorical mountain boots in 2019, claiming the government would “climb the mountain and reach our goal of eliminating Commonwealth net debt by 2030 or sooner”.

But COVID-19 – which has left gross debt at a record $868 billion and budget deficits for the rest of the decade – has put an end to the fiscal hairshirts of treasurers’ past.

Barrenjoey Capital Partners chief economist Jo Masters, says the debt run-up dealing with COVID-19 was “the debt we had to have”, but it does mean borrowing growth from the future. 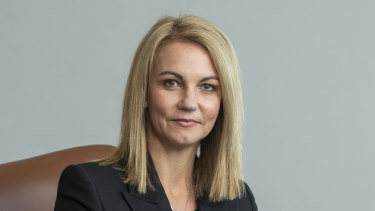 Barrenjoey chief economist Jo Masters says the level of debt will have to be reduced.Credit:Louie Douvis

The “least-costly” way to reduce it is to expand the economy. That, however, is not as easy as it seems.

“To tackle nearly $1 trillion of debt over any meaningful time horizon requires productivity-enhancing reform to raise the speed limit of the economy, so that we can push growth higher without hitting capacity constraints,” she says.

Frydenberg will promise productivity enhancements (though productivity growth is at its lowest level since the 1950s).

He will also outline a new approach to repairing the budget. Now, the commitment will be to reduce debt as a share of the economy.

Frydenberg recently explained his rationale for this new approach.

It means that if the economy grows faster than interest rates, overall debt (and our interest bill) as a share of GDP actually falls. Proponents say you don’t even have to worry about getting back to surplus.

The Treasurer’s argument is actually an economic equation, known in fiscal circles as the “r-g differential” where ‘r’ is the interest rate and ‘g’ is economic growth.

Making it an equation gives it an air of infallibility. A bit like saying 2 plus 2 equals 4. You can’t argue with maths.

But you can, especially where the equation is underpinned by a huge assumption.

It’s an assumption that economist Stephen Anthony – regularly one of the most accurate forecasters of The Age/Sydney Morning Herald’s Scope panel of financial experts – is directly challenging. 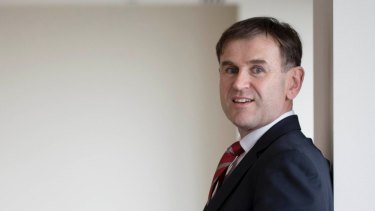 Anthony and his team have looked at the r-g differential since the 1970s, finding Australia has been on the wrong side more often than not.

In the 1970s and the 2010s, the nominal economy did grow faster than nominal interest rates. But in the 1980s, the 1990s and the noughties it was the other way around.

Anthony says we are at a point where the trend of the past decade is about to reverse, with severe consequences for the Australian budget.

Budget deficits fall over the next couple of years but then start increasing and reach almost $124 billion in 2032-33. Net debt keeps on climbing and hits $1.7 trillion the same year.

The Treasurer of 2050 will still be forecasting deficits while managing $4 trillion in net debt.

According to Anthony, the increase in debt and deficit is driven by more expensive debt and lower economic growth. These combine to produce lower tax receipts and higher interest costs.

“This debt build-up leaves little scope for funding major structural spending fixes. Nor does it provide any buffer against other national emergencies and global risks,” he says.

Debt is getting more expensive. This week, the government sold $1 billion of debt, that will be repaid in November 2031, at an interest rate of 2.75 per cent. That’s $27.5 million a year in interest.

In October 2020, the government sold $1 billion that also won’t be repaid until November 2031. The interest rate then was just 0.9 per cent or $9 million a year.

As long as a government runs deficits, it has to pay an interest bill. And that interest bill is getting larger.

It’s going to be some time before a treasurer talks about the end of debt and deficit.

Coming soon: Essential news, views and analysis that cut to the chase of the federal election campaign. Sign up to our Australia Votes 2022 newsletter here.