If there is one universal constants in my reading life, it is an abiding love of dystopian fiction. Animal Farm is my favorite book, and I wrote my undergraduate thesis on The Handmaid’s Tale. When I hear that someone did not read, or did not enjoy, The Lord of the Flies, I wonder to myself where they went wrong in life. In spite of my fangirling over rebellions against oppressive fictional governments, there remains a single, negative remark on my dystopian reading record: I’ve never finished 1984 by George Orwell. What’s more, I’m not sure I really want to.

First published in 1949, Orwell’s unfortunately timely novel tells the story of Winston Smith, a low-ranking, Oceanian bureaucrat working in the Ministry of Truth: the tyrannical state’s propaganda department. In Oceania — an intercontinental conglomeration of states that includes the English-speaking world, plus Iceland and a large portion of Africa — the Party deploys surveillance systems, misinformation, military conflicts, doublespeak, and other measures to keep its fearful population in line.

1984 is a critical entry in the dystopian fiction canon. As a fan of the genre, I know that I am missing out on one of its greatest entries by not reading George Orwell’s most famous novel. Every time I have ever tried to read 1984, however, I find myself unable to finish it. 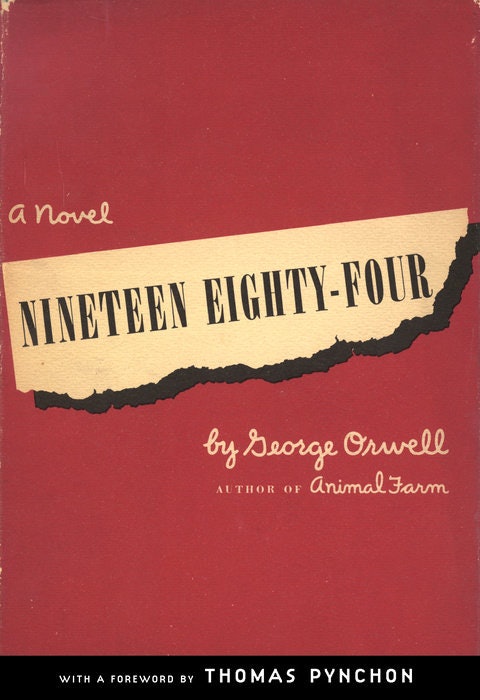 I used to read a lot of conspiracy theories, convinced that the truth was out there, somewhere. Nothing but the worst possible stories were believable to me. I thought that the moon landing and J.F.K.’s assassination were both faked, and I was convinced that the U.S. was going to start shoving people into train cars and taking them off to FEMA camps any day. Not only did I believe these things were true and spend hours reading about them on the Internet, but I also latched onto new conspiracy theories as soon as I found them.

At some point, however, I realized that reading about conspiracy theories was a horrible past-time, mainly because it made me feel powerless and frightened. One of the most distressing symptoms of my mental illness is paranoia, which pops up in me only rarely today, thanks to medication and self-care. When I was a conspiracy-theory nut, however, I never made the connection between my mental illness and my reading habits. I just stopped reading and believing in conspiracy theories because they made my world make less sense, and they made me unable to trust what anyone said, even the people writing the theories I read.

In the same way that conspiracy theories once affected me, reading 1984 makes me feel powerless and frightened. Noticing the connections between 1984 and life in the 21st century exacerbates my anxiety and paranoia, taking me back to worrying about FEMA camps and government surveillance. When that happens, I not only find it difficult to continue reading the novel, but I also become fearful of the world around me.

I have attempted to read 1984 several times over the course of my life, but I always freeze up and stop reading it, somewhere around the middle of the novel. Eventually, I decided that reading that book isn’t worth the toll it takes on my mental health, even if it is one of the greatest works of English-language literature.

At this juncture, I’m not sure if I ever want to go back to 1984. There are enough terrible things going on in the world for me to worry about, including issues of surveillance and night raids, without adding fictional burdens to my mental load.