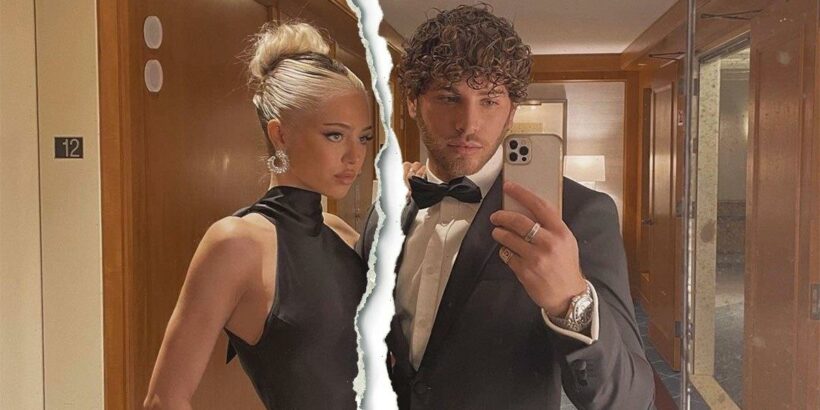 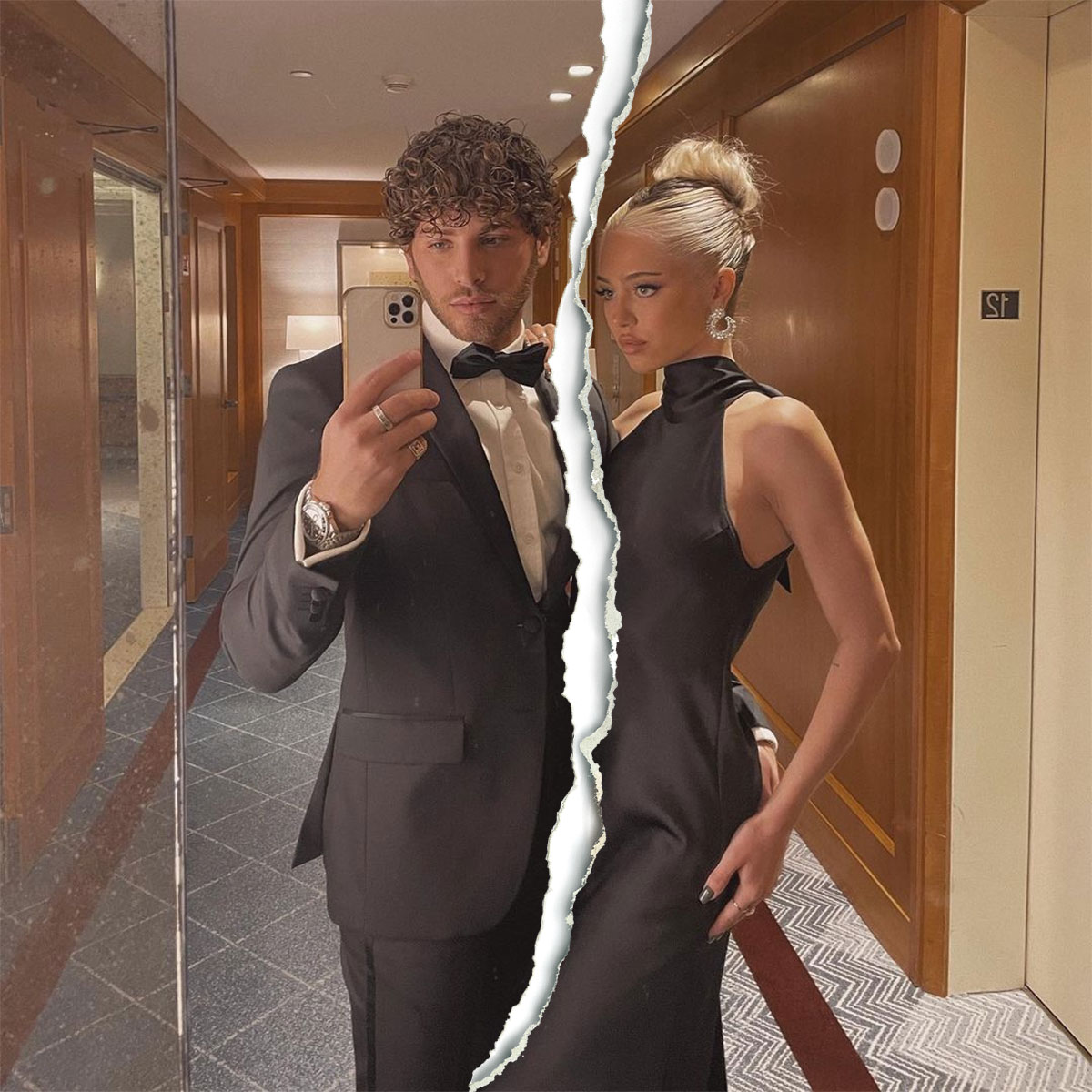 Pressing pause. Delilah Belle Hamlin and boyfriend Eyal Booker have split after more than two years together, Us Weekly confirms.

Celebrity Splits of 2022: Stars Who Broke Up This Year

Hamlin, 23, and the England native, 26, called it quits before the new year. The pair were first linked in April 2019, one year after Booker appeared on season 4 of Love Island UK. They confirmed their romance in May 2019 and celebrated their two-year anniversary with sweet social media tributes.

“I love you forever. 2 years with you and I couldn’t have asked for a better person to do it with. @eyalbooker,” Hamlin gushed via Instagram alongside a black-and-white PDA photo.

Booker, for his part, wrote: “2 years with you 💘 I fell in love with you the day we met. I wondered how we would make this work but 2 years on we’ve done a pretty good job so far. Thousands of miles apart at times & a global pandemic to overcome but we’ve always done exactly that… overcome all that life throw at us. It’s not always easy & we’ve definitely had our ups and downs but that’s what it’s all about.”

At the time, the reality star thanked the model for encouraging him to be his “authentic self,” concluding, “I’m excited to keep learning about you, learning with you and navigating this crazy thing we call life with together. I love you @delilahbelle.”

Several months later, Lisa Rinna and Harry Hamlin‘s daughter opened up about experiencing a “scary” health struggle, which included a reliance on Xanax. During a lengthy November 2021 Instagram video, Delilah Belle explained that she sought treatment after being over-prescribed by a psychiatrist.

‘Love Island U.K.’ Couples Still Together: Where Are They Now?

“I overdosed on this one medication called Propranolol. I took Benadryl with it and, for some reason, I ended up in the hospital,” she revealed. “I had already come down on the Xanax. I wasn’t like a drug addict, but my body was dependent on it because of how much the doctor had prescribed me.”

The California native hinted at the time that there were some people who discouraged her from sharing her story, but Booker lent his support to his then-girlfriend. 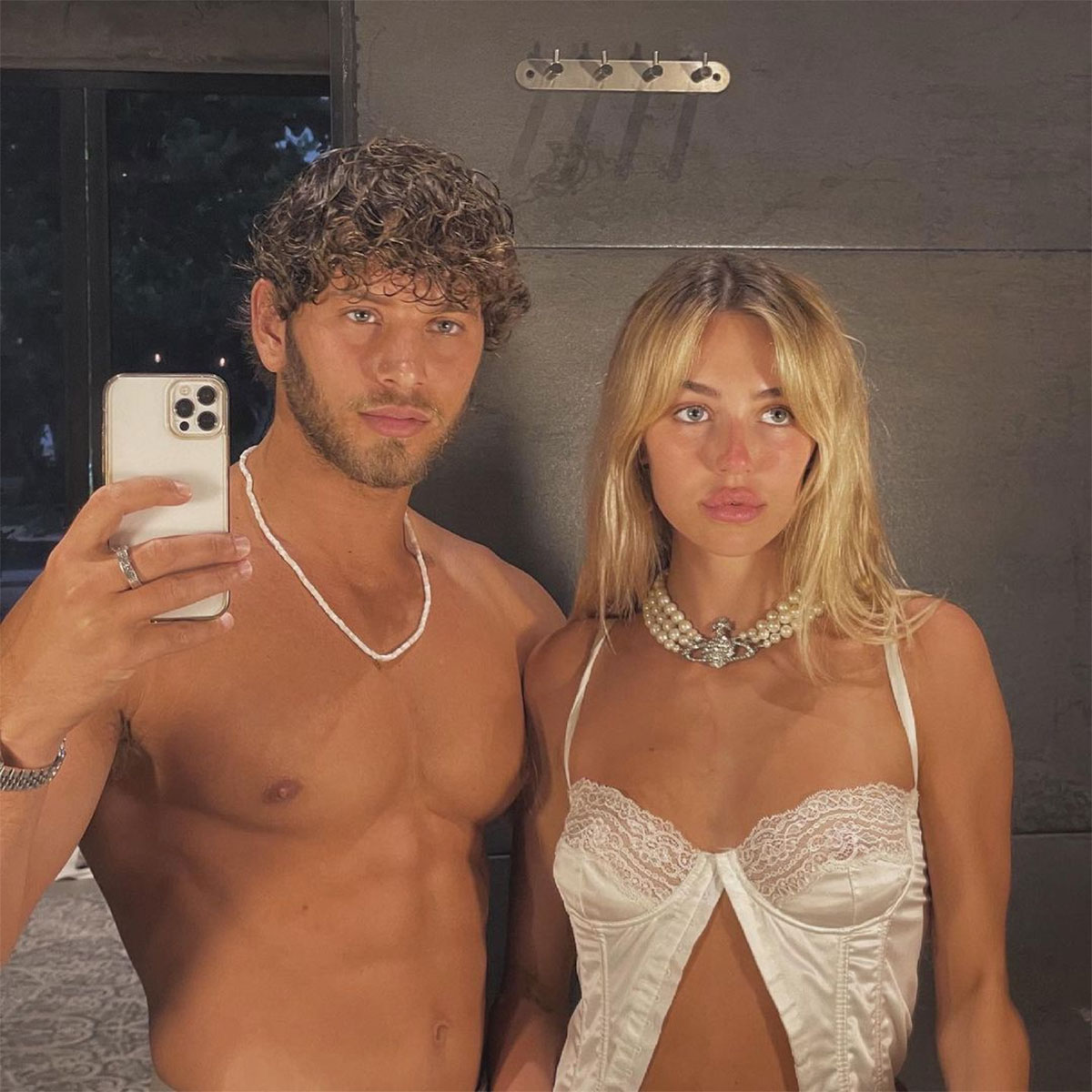 “I love you & know you will get better. Day by day ❤️,” he commented on her video. “So proud of you for continuing to fight xxxx.”

Booker was Delilah Belle’s “rock” through her challenging time, a source exclusively told Us last fall. “[Eyal]’s been super supportive all along,” the insider noted. “It’s been hard on him too but he’s 100 percent there for her.”

Ahead of the pair’s split, Rinna, 58, and her husband, 70, were fans of their eldest daughter’s beau.

“My husband, Harry, made it quite clear that he would not object if Delilah and Eyal got married, which is pretty shocking, but that says a lot,” the Real Housewives of Beverly Hills star said during an August 2021 episode of the Bravo series, comparing Delilah Belle’s relationship with Amelia Gray Hamlin and ex Scott Disick‘s romance — which Rinna and Harry didn’t approve of.

If you or someone you know is struggling with substance abuse, contact the Substance Abuse and Mental Health Services Administration (SAMHSA) National Helpline at 1-800-662-HELP (4357).