Grey’s Anatomy is now officially the longest-running prime time medical procedural in television history, which means it also has a long history of high-profile guest stars, including the likes of Geena Davis, Demi Lovato, Mandy Moore, Rita Moreno, Scott Speedman, and more. But who plays DeLuca’s dad on Grey’s Anatomy? While some fans might find the actor playing the Italian patriarch unfamiliar, others — from a diverse cross-section of viewers including sports fans, soap opera obsessives, and action movie acolytes — were probably excited when Lorenzo Caccialanza popped up in Season 15.

Caccialanza first popped up as Dr. Vincenzo DeLuca a couple of weeks ago, much to Andrew’s surprise, despite the fact that his sister Carina had been trying to warn him of their father’s impending arrival. On last week’s episode, the famous Italian physician announced his controversial but innovative "baby in a bag" plan, raising questions about whether or not the mentally unstable doctor was on the cutting edge or completely off his rocker.

That question hasn’t been definitively answered yet, and there’s probably plenty of drama left in the DeLuca family’s future — which means Caccialanza will probably be sticking around the ABC series for much of the rest of the season. 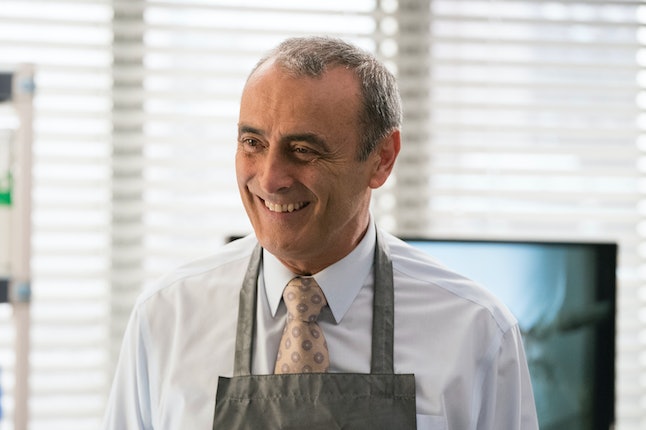 Caccialanza started out his career in his native Italy as a soccer player. In 1986, at the age of 31, he moved to Los Angeles and continued to play the sport, serving as goalkeeper for the Hollywood Kickers; according to the Los Angeles Times, he led his league in shutouts, with his coach Dieter Hochheimer calling him the "backbone" of their team. But Caccialanza didn’t move to the city of angels just to play soccer in a different country. "Acting," he told the Times. "That’s the main reason I came to L.A. Soccer is just something I do."

Indeed, he would go on to make his feature film debut just two years later, appearing in a little action film you might’ve heard of called Die Hard. In the 1988 Bruce Willis movie, Caccialanza played Marco, one of the henchman of Alan Rickman’s terrorist, Hans Gruber. Marco is killed by John McClane fairly early in the film, and has his corpse unceremoniously thrown from Nakatomi Plaza to land on Sgt. Powell’s squad car, alerting the police to the criminal activities.

Shortly after the release of that future classic, Caccialanza started dating famous actress-activist Jane Fonda. According to People, the relationship would last for about six months; soon after they split up, Fonda would start seeing Ted Turner, who she would go on to marry and be with for 10 years. They say if you’re going to lose, it’s better to lose to a winner. 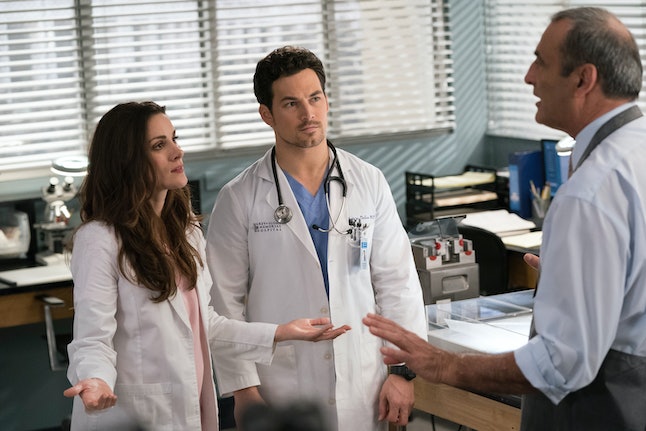 Over the next 30 years, Caccialanzo would go on to appear in minor roles in feature films — including an uncredited bit part in the 2005 rom-com Monster-In-Law, starring his ex Jane Fonda — but most of his work would come on the small screen. In 1990, he was cast as his most iconic role: as scheming Italian playboy Nick Schillace on the CBS prime time soap opera Knot’s Landing, a spin-off of the popular series Dallas.

He would recur on that series for several seasons before moving on to other daytime soaps such as The Bold And The Beautiful (on which he would play two different characters on two episodes five years apart) and Days Of Our Lives (on which he played henchman Nico). He also appeared in a couple episodes of popular shows like Murder, She Wrote and Alias.

Now Caccialanzo has checked into Grey Sloan Memorial Hospital for what looks like it’s going to be an extended stay fraught with family dysfunction and relationship drama. It remains to be seen whether Dr. Vincenzo’s tenure on Grey’s will ultimately lead to a medical breakthrough… or a mental breakdown.