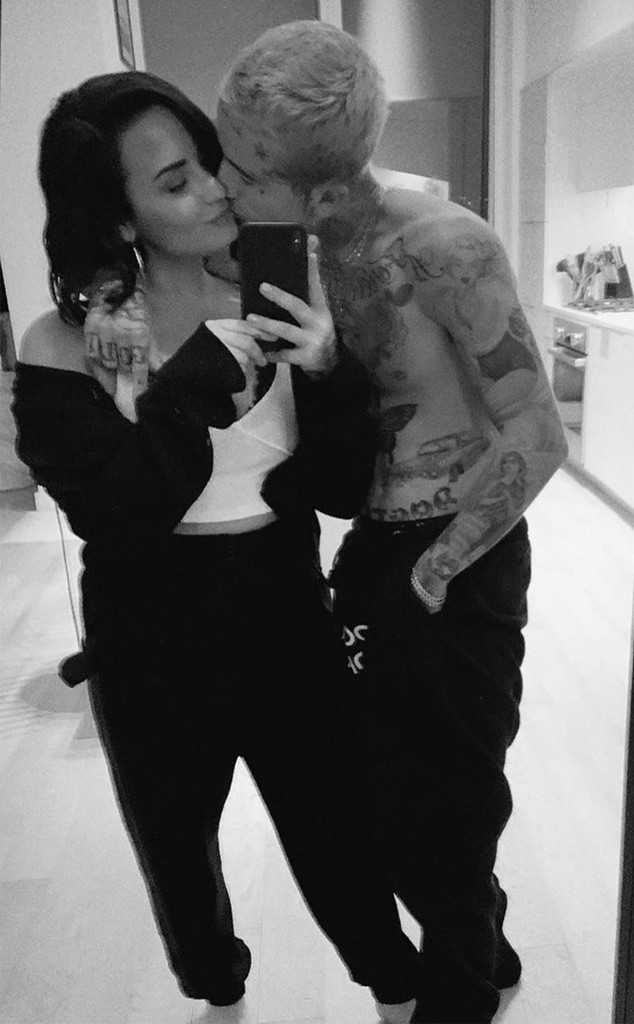 Demi Lovato has a new man.

The 27-year-old singer made her relationship with Austin Wilson Instagram official on Wednesday. The “Confident” star posted a precious pic of the couple that showed Wilson giving his leading lady a kiss on the cheek.

Wilson also confirmed the new romance via his account. The 25-year-old beau shared a snap in which he could be seen wrapping his arm around the two-time Grammy nominee.

“My love,” he wrote alongside the cute image.

While it’s unclear how they met, it looks like Lovato and Wilson run in similar friendship circles. For instance, both knew Thomas Trussell III, who passed away in October.

Before making her relationship with Wilson public, Lovato was romantically linked to Bachelor Nation’s Mike Johnson. The two sparked romance rumors in September but a source told E! News their “fling has fizzled out” in October.

It certainly has been an exciting time for the “Sorry Not Sorry” singer. In addition to starting a new romance, the celebrity has been filming episodes of Will & Grace. The artist posted pictures from the set on Tuesday.

She also participated in her first major interview in more than a year at Teen Vogue‘s 2019 Summit in Los Angeles earlier this month.

We can’t wait to see what’s next for these two!