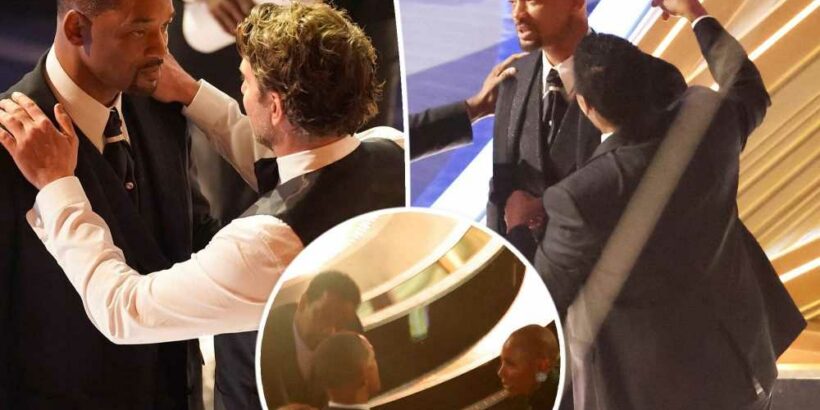 Denzel Washington was seen comforting Will Smith after the “King Richard” star slapped Chris Rock over a joke he made about his wife, Jada Pinkett Smith, being bald.

The Hollywood Reporter’s columnist Scott Feinberg captured the moment, which took place during a commercial break at the 2022 Oscars, and shared it on Twitter Sunday night.

He captioned the clip, “During the commercial break, Will Smith is pulled aside and comforted by Denzel Washington and Tyler Perry, who motion for him to brush it off.”

Feinberg added, “Will appears to wipe tears from his eyes as he sits back down with Jada, with Denzel comforting Jada and Will’s rep by his side.”

Smith confirmed during his Best Actor speech that Washington told him, “At your highest moment be careful — that’s when the devil comes for you.”

Prior to the commercial break, Rock, 57, took the stage to present the Academy Award for Best Documentary. But before announcing the nominees, the comic quipped at Pinkett Smith, “Jada, I love you, ‘G.I. Jane 2,’ can’t wait to see it.”

Smith, 53, first laughed off the joked, but Pinkett Smith, 50, was seen rolling her eyes. 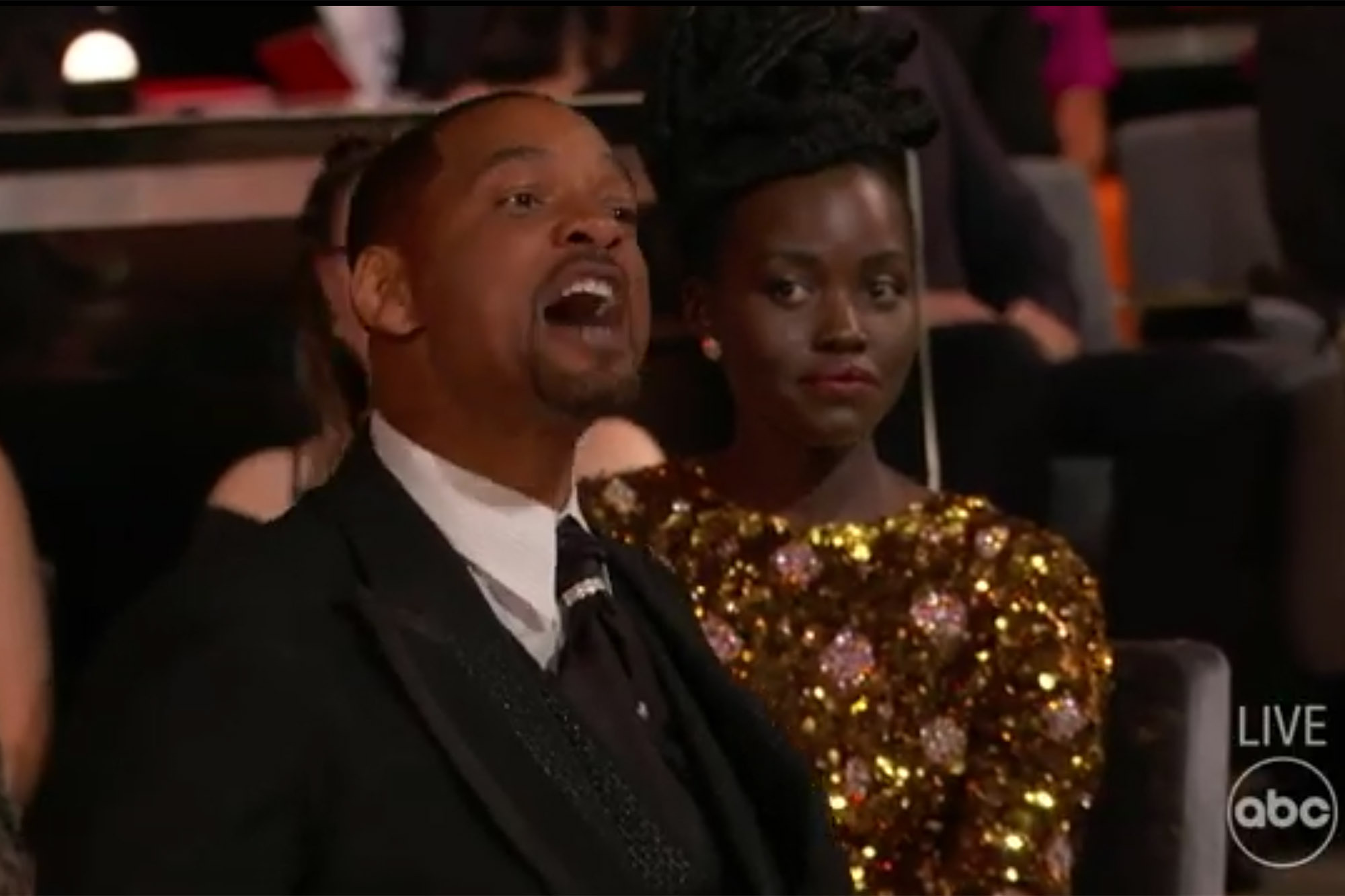 The camera then caught the “Fresh Prince of Bel Air” alum going up onstage and slapping Rock, and when he returned to his seat, he yelled, “Keep my wife’s name out of your f–king mouth.”

Rock appeared caught off guard but continued to keep his composure and presented the award.

It seems that Smith needed to be calmed down further since his friends rushed to his side after the break. Aside from Washington, Bradley Cooper was also seen chatting with him. 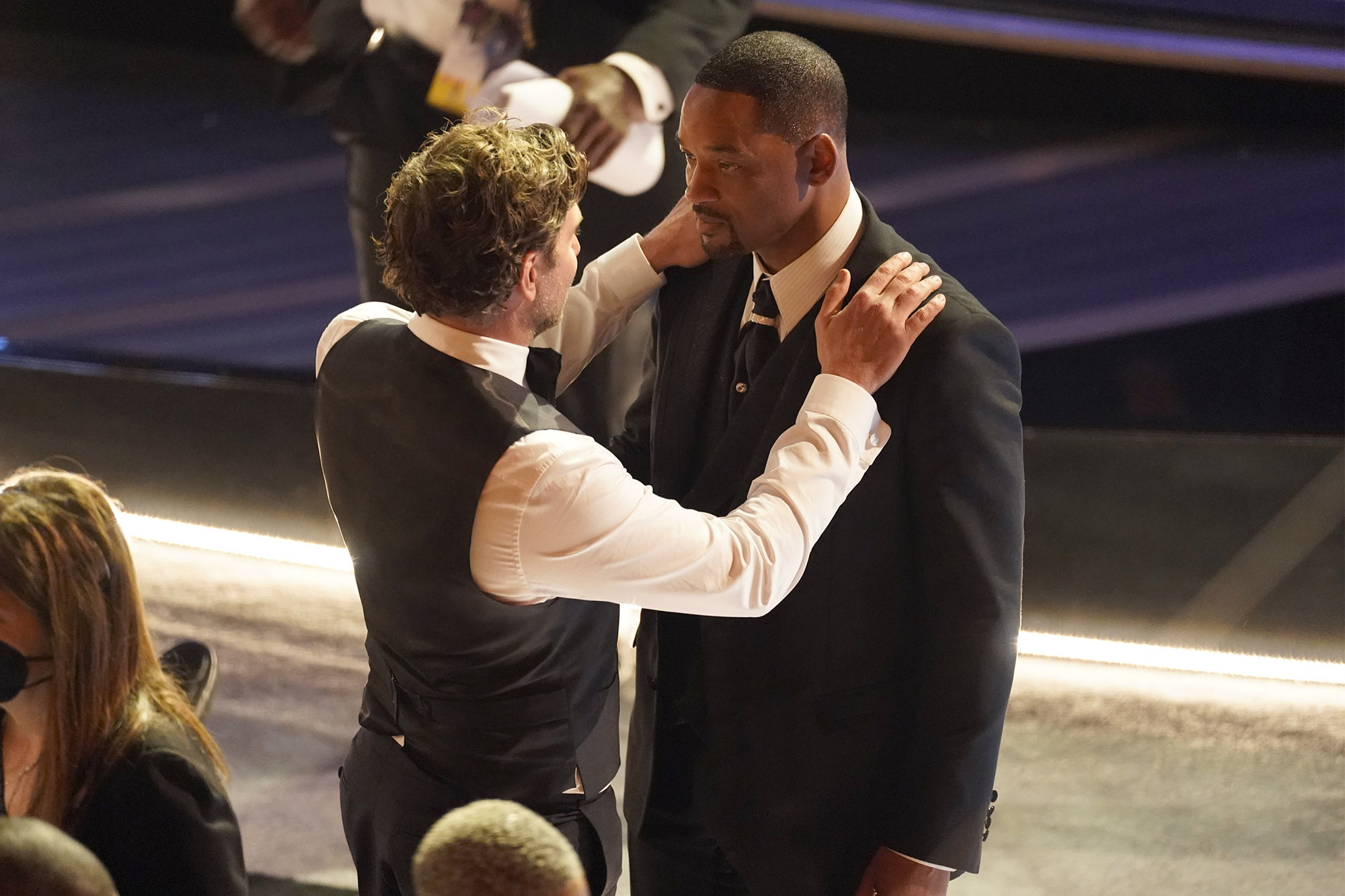 In 2018, Pinkett Smith revealed she had suffered hair loss due to her struggles with alopecia.

Although the “Independence Day” star and Washington have never starred in a film together, he considers the Oscar winner a longtime friend and mentor. 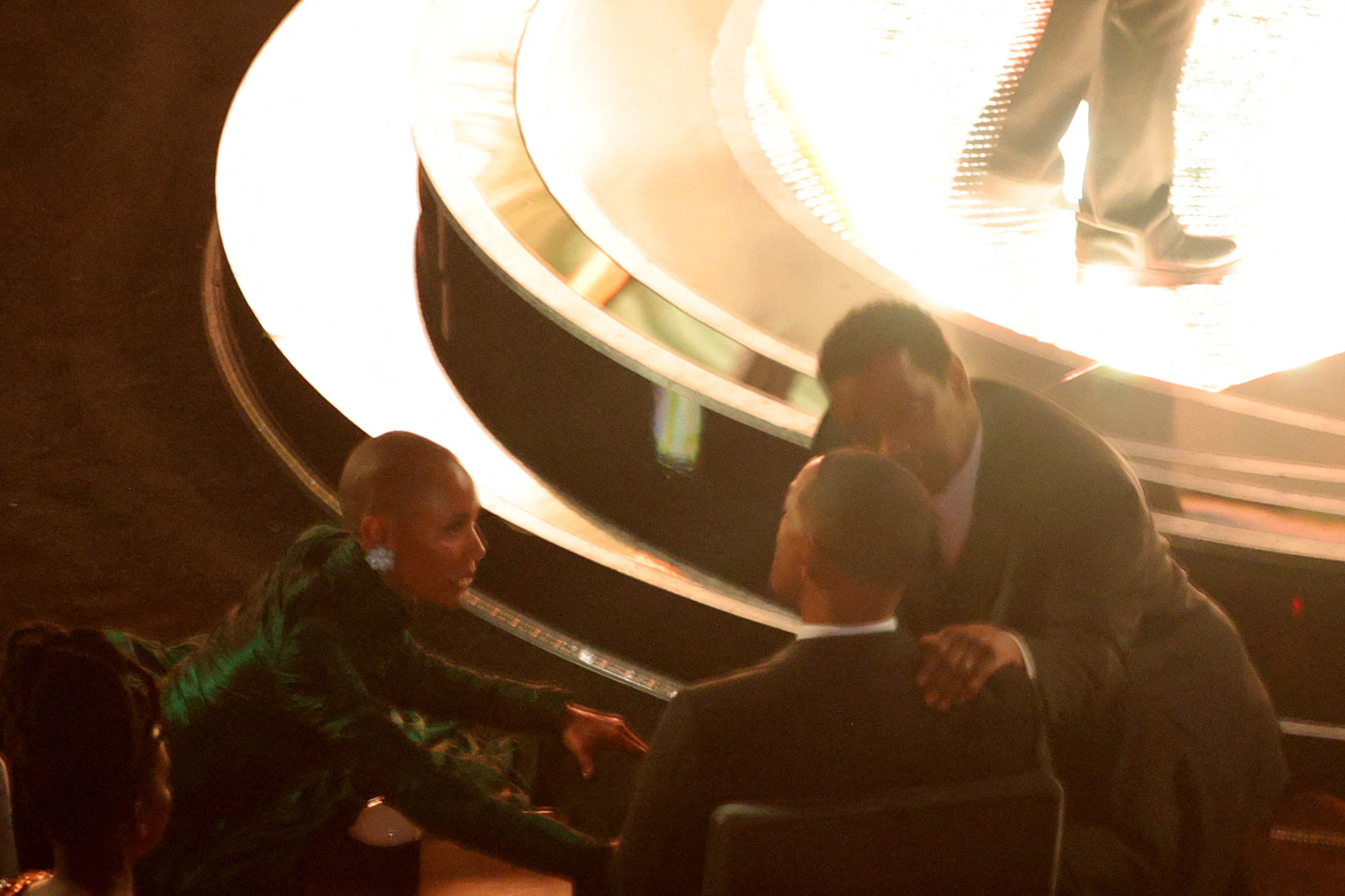 In February 2022, Smith told People that Washington told him, “This is your year.”

“He knew me years ago, I would go to Denzel for advice so he’s seen me through the years and he was just telling me how proud he is of who I’ve become and what I’ve become,” the “Wild Wild West” star added. “He was saying that he felt like a weight was lifted off of his shoulders somehow.”

Smith and Pinkett Smith have been married since 1997.