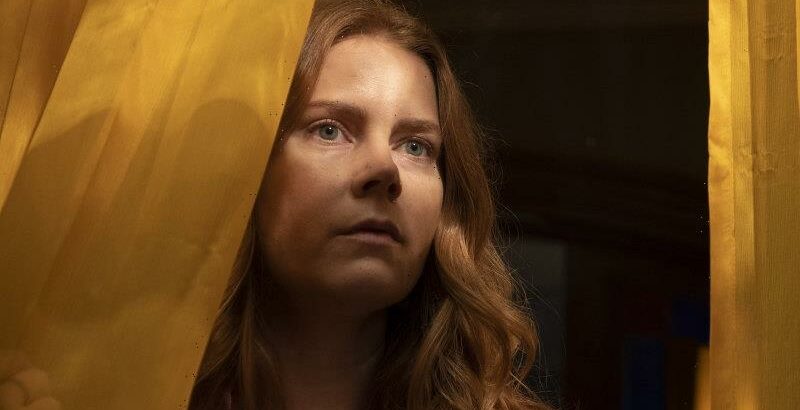 Two years after it was scheduled to debut, The Woman in the Window has arrived quietly on Netflix, like an unwanted party guest. The film was not previewed to critics, and now we know why.

It looked promising three years ago when Amy Adams agreed to star alongside Julianne Moore, Jennifer Jason Leigh and Gary Oldman. Englishman Joe Wright would direct, after a string of sparkling adaptations: Pride and Prejudice, Atonement, Anna Karenina. After the Churchill-in-the-bunker movie, Darkest Hour, he said he was looking forward to adapting the best-selling novel by A. J. Finn, the pen name of Dan Mallory. 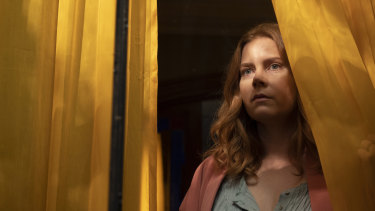 Amy Adams plays Dr Anna Fox in The Woman in the Window. Credit:Netflix

The eminent American playwright Tracy Letts agreed to adapt the book. There was Oscar talk, even before the cameras rolled. What could go wrong? Let’s see: how about everything?

Mallory’s thriller is about an agoraphobic psychologist, Dr Anna Fox, cooped up in a big house in New York. She spends her days marinating in red wine and pills. She also spies on the new people across the street, the Russells – a Boston couple with a 15-year-old son called Ethan. Her haze of consciousness makes it hard for her to trust her own eyes.

In the film, first Ethan (Fred Hechinger), then his mother Jane (Julianne Moore) visits Anna, just long enough for her to realise that the man of the house (Gary Oldman) is bad news. Anna talks often to her ex-husband (Anthony Mackie) on the phone, although we do not see him. She misses their daughter, who’s with her father. A young man who rents her basement apartment (Wyatt Russell) helps out with chores, since Anna faints at the front door.

The trouble begins when Anna witnesses the murder of Jane Russell, in the apartment opposite. There’s blood, a knife in the guts, cries for help – but the police find nothing. Anna wonders if she is losing her mind.

If you have noticed a similarity to Hitchcock’s Rear Window – incapacitated man with camera sees murder in building opposite – you would be correct. Even if you hadn’t, Joe Wright makes it explicit with a shot of Jimmy Stewart in that movie. We also get clips from at least two other Hitchcock thrillers, and one of Bogart and Bacall in one of their early adventures. This is true to the book because Anna takes solace in old movies (don’t we all?), but it’s a risky thing for the film.

Dan Mallory had already been accused, in a stinging New Yorker profile, of plagiarising Rear Window. I guess Wright thought it best to acknowledge the debt, rather than pretend it wasn’t there. He tries to integrate the old movies into Anna’s drunken dreams. It’s one of the ways he seeks to destabilise reality, but he ends up achieving confusion, rather than mystery. 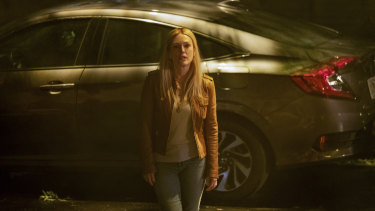 Julianne Moore adds her star power to the film but it’s not enough to save it. Credit:Netflix

One of the reasons the film is two years late is that it went through a mill of rewrites and reshoots. The first cut reportedly bamboozled test audiences, so renowned script doctor Tony Gilroy tried to smooth it all out. In fact, the problems go deeper than clarity. If you can pick the killer in the first act, no one will care what happens in the third.

Indeed, it’s an oddly old-fashioned kind of thriller, with nostalgia instead of jeopardy. Wright has no hesitation about using corny shock techniques that would make a modern horror director blush.

Anna walks into a coathanger of clothes in her tenant’s apartment: whoa, that was close! Anna drops her phone under a bed and Wright turns it into a how-far-can-she-stretch-her-hand moment. I wanted to shout, ‘Just walk around the bed!’

Audiences will forgive such things if the suspense is real, but there isn’t much of that here. Wright seems incapable of applying the sort of magicians’ misdirection that such a plot needs – it’s all straight ahead, with the actors giving knowing looks that tell us ‘watch out, this will be important later’. It won’t be, unless you care what happens to the characters. What this movie needed was someone from Texas with a chainsaw.