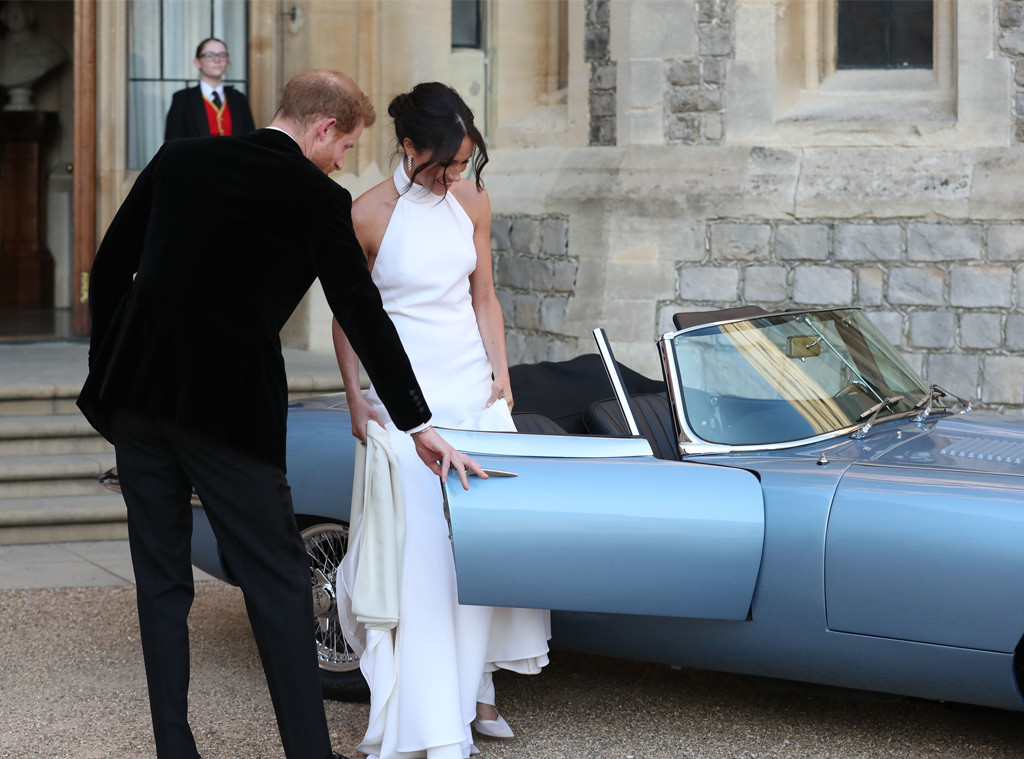 Meghan Markle made a glamorous entrance to her and Prince Harry‘s second, more intimate wedding reception on Saturday evening. The former actress slipped out of her Givenchy wedding gown, which she wore for the ceremony and Queen Elizabeth II‘s luncheon reception, into a more flirty—yet stunning—interpretation of modern bridal wear by Stella McCartney.

The American-bred actress’ evening gown featured a bespoke, lily white high neck and was made of silk crepe. She wore matching white pumps from Aquazurra made in silky satin, with nude mesh and baby blue soles. George Northwood styled Markle’s hair into a low bun with loose waves, which showcased a pair of Cartier diamond earrings. 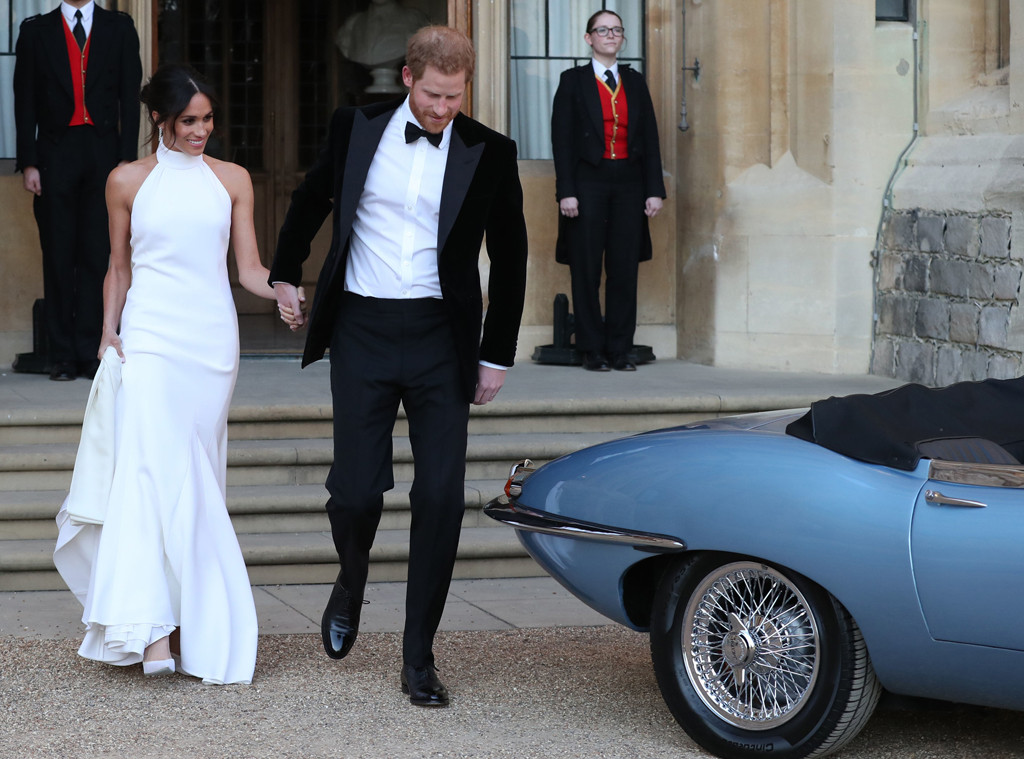 Prince Harry and Meghan’s ensemble switch-ups mirror that of Prince William and Kate Middleton, who both had separate looks for their late-night bash in 2011.

Prince Charles hosts the royal wedding’s final gathering at Frogmore House on the grounds of Windsor Castle. The couple invited only about 200 of their closest family and friends to the after-party, which is expected to feature plenty of star sightings and rumored performances.

Our American princess is quickly becoming Britain’s next fashion icon.