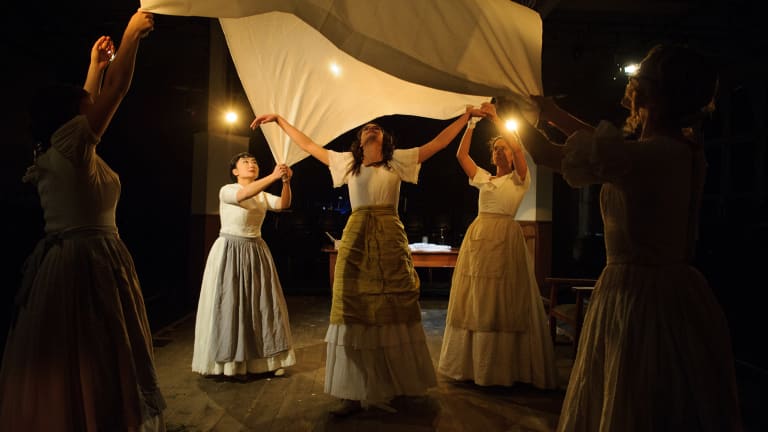 While he was writing David Copperfield, Charles Dickens helped found and run a home for “fallen women” called Urania Cottage. It was a progressive institution for its day, given prostitutes in Victorian London were otherwise liable to end up in jail or at Magdalene Laundries, where they were subjected to punitive work regimes and reminded constantly of their sin by nuns.

The prevailing view at the time was that once you’d “fallen”, redemption was impossible. Urania Cottage aimed to reform through kindness and discipline – “these unfortunate creatures are to be tempted to virtue”, as Dickens wrote in his letters – but in practice the refuge it offered was temporary. It also came with a catch. 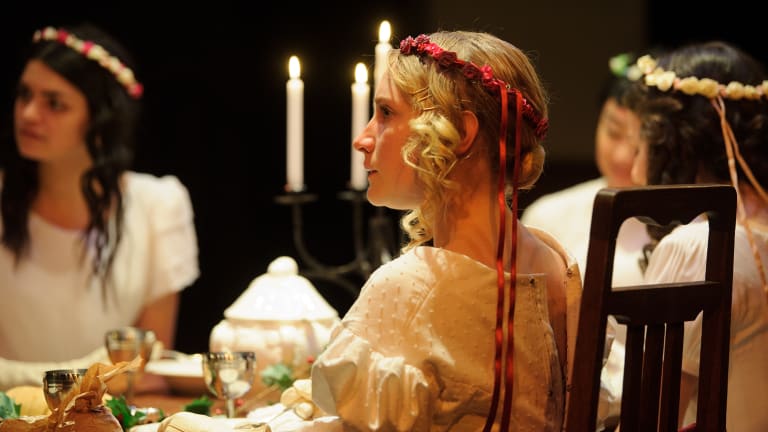 Under the care of a matron, the young women were groomed for a chance at a new life as respectable servants and wives in the colonies. (Without having been there himself, Dickens was boundlessly optimistic about the morally improving qualities of Australia; even Mr Micawber comes good in Copperfield).

The price, of course, was silence: the stories that brought them to Urania Cottage were to be written down and never spoken of again.

Seanna van Helten’s play takes aim at the silence. It’s alive to the paternalistic blinkers of the enterprise but more interested in going behind the curtain of history to imagine these women’s lives, and to capture the complexity of this novel, all-female institution in action. 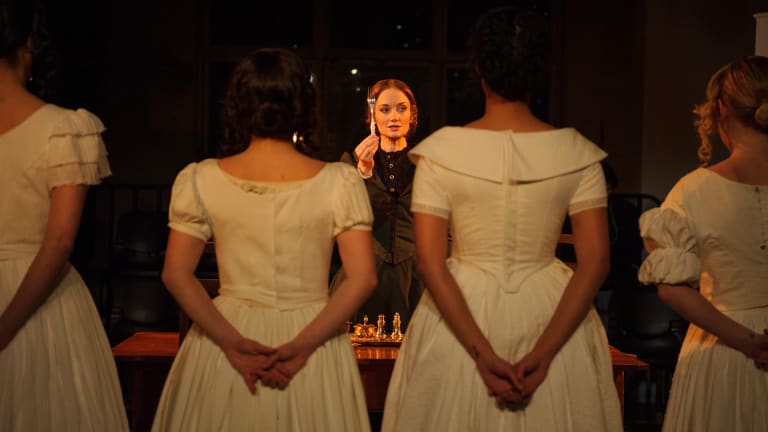 The women in Dickens’ refuge are groomed for a new life colonies by Matron (Zoe Boesen).

Some of the most interesting scenes are between the Matron (Zoe Boesen) and the women she oversees. It’s a benevolent dictatorship that’s still a dictatorship, and through power plays, confessions and a strong whiff of repressed sexuality, we get an intricate dance between patriarchal assumptions and resistance to them.

There are quibbles. Given how long we spend with them, you wish some of these women’s stories weren’t quite so submerged, and the blocking for traverse stage needs improvement (perhaps getting the actors to reverse chairs every so often in face-to-face scenes, say).

Yet Fallen remains an extended engagement with a fascinating piece of history, briskly designed and atmospheric, with performances that, I suspect, will continue to grow in subtlety and confidence as the season progresses.

This review was written from a preview.