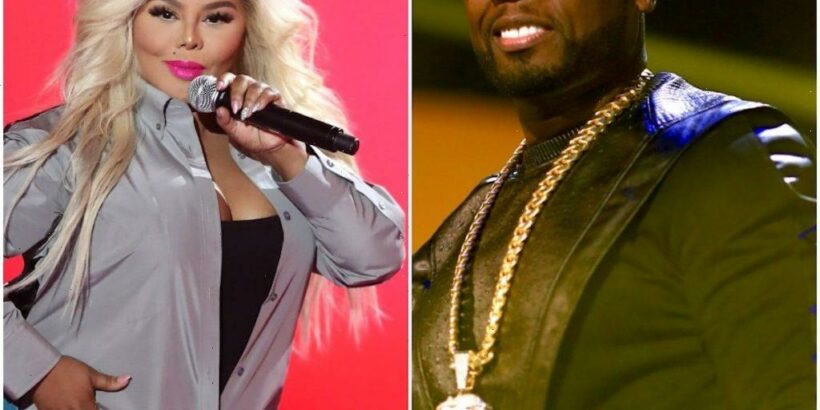 Curtis “50 Cent” Jackson is known for his music and his work in the television industry. However, the prolific businessman is also known for trolling others. Iconic rapper Lil Kim is the latest person to find herself in the rapper’s crosshairs.

50 Cent dissed Lil Kim‘s BET Awards look and the Junior Mafia icon laughed it off. However, in her clap back to the Queens-born rapper, she also revealed that the 50 Cent was once romantically interested in her.

50 Cent’s dating history has been publicized over the course of his career. He’s been in relationships with Vivica A. Fox, Ciara, Chelsea Handler, and Joy Bryant among others. He has two sons, an adult son, Marquise Jackson who was born in 1996 with his ex-girlfriend, Shaniqua Tompkins. 50 Cent also shares a young son with model Daphne Joy. Their son Sire was born in 2012.

Who is 50 Cent in a relationship with?

50 Cent is currently in a relationship with Jamira “Cuban Link” Haines, a fitness model, and aspiring lawyer. The pair met in 2019 at the premiere of Power Season 5, and they’ve been going strong ever since. However, when they met, Haines was not ready to jump in headfirst with the rapper.

“The first time I went to meet her, she gave me an address and it was the restaurant,” 50 Cent shared on Instagram Live. Haines chimed in, “He wasn’t coming to my house!”

The pair have been open about their relationship sharing tidbits including Haines’ attempts to learn to cook on Instagram.

Did 50 Cent and Lil Kim ever date?

50 Cent has been linked to several women over the course of his career, both famous and otherwise. However, never crossed our minds that he may have been romantically connected to Lil Kim. It seems that the Power executive producer attempted to take the “Crush On You” legend out once and it didn’t really pan out as he would have hoped.

This all came to light recently when 50 Cent dissed Lil Kim for her 2021 BET Awards look where he compared her to an owl. The Brooklyn icon clapped back with a small detail about their relationship.  “The accuracy [crying laughing Emojis] Hilarious [laughing Emojis] I ain’t bothered not one bit,” she shared on Instagram. My family & friends more mad than me. [laughing Emoji].” She went on to say, “S—- like this don’t move me one way or another cause I’m still a bad b—- that n—az b—-es, mommies, daughters, and aunties still want to be till this day and I love it!! [laughing Emojis].” Then Lil Kim said,  “@50cent I see u still in ur feels about that dinner date u asked me on that I had to turn down. Let it go u have a beautiful girlfriend, I have a loving husband. Let it go.”

While Lil Kim didn’t elaborate more on this dinner date that 50 Cent asked her on, she did reveal that more details are forthcoming. “50cent, I address that situation all in my book coming in November,” Lil Kim wrote. “Make sure you go get it. Pre-orders available now.”