When This Is Us released its Season 3 fall finale, the last viewers saw of the Pearson brothers’ war experience was Jack investigating a boat explosion seemingly involving Nicky. The episode left Nicky’s role in the incident unclear and then introduced a present-day scene confirming that the Big Three’s uncle was alive and well in Pennsylvania. Jan. 15’s winter premiere episode didn’t follow through on the strange explosion, but the story did elaborate on Jack’s connection to Nicky after the Vietnam War. Did Jack know that Nicky was alive? "The Last Seven Weeks" offers some answers to this mystery of family history.

Following the Pearsons through the last seven weeks before Randall’s city council election, the latest episode of This Is Us also included another bumpy patch in Kevin and Zoe’s relationship. They previously traveled to Vietnam for answers about the nature of Jack’s connection to the local woman standing next to him in an old snapshot. Although the pair’s search in 2018 hit a dead end, flashbacks showed fans that the photo was just a quick moment another soldier captured and that the woman gave Jack (Milo Ventimiglia) her necklace as a sign of gratitude after he helped her injured son. Never say never, but it looks the show has closed the book on this woman in favor of exploring Nicky’s fate in the war.

Now back in the United States after learning that Nicky (Michael Angarano) survived Vietnam, Kevin (Justin Hartley) and Zoe (Melanie Liburd) tracked down Zoe’s old Congressman boyfriend to help them gain access to Nicky’s military records. Their meeting with her ex introduced a deeper layer of Zoe’s tendency to ditch budding relationships, but most importantly, the awkward encounter provided Kevin with clues about Nicky. His file didn’t reveal too much, but we did learn that Nicky had a medical evacuation out of Vietnam in 1971 and then underwent a psych evaluation once he returned home. Given Nicky’s fragile state in the Vietnam flashbacks, this news isn’t too surprising. If Nicky willingly caused that explosion, was it the catalyst to him leaving service? 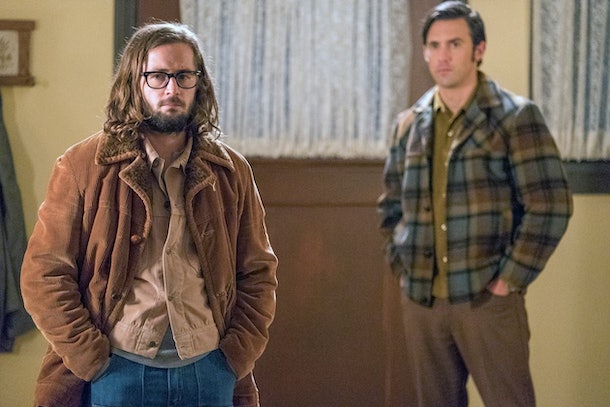 A detail initially seeming like a throwaway proved to be useful in the episode’s closing moments. When she first saw Nicky’s file, Zoe was confused about why he signed his papers "Clark Kent," aka Superman’s alter ego. As we know, "Superman" was what Nicky called Jack, but Nicky referencing Clark Kent is perhaps a nod to his choice to apparently live under the radar after the war. This theory made even more sense when Zoe and Kevin discovered a postcard in a box of Jack’s old things from a "C.K.," who wrote, "Last one." The address was the same as that of the Pennsylvania residence revealed in the fall finale as Nicky’s current home. Kevin and Zoe connected C.K. to Nicky, wondering if he was still living at that address.

With the postcard confirming Jack knew Nicky was alive, Jack’s admittance to Randall in the ’90s that finding his brother’s name on the Vietnam Veterans Memorial would be too sad feels especially heavy. What did Jack hide from his family, and why was he compelled to keep Nicky’s existence a secret? The postcard is from 1992, hinting at almost 20 years of potential messages between the brothers, so why did Nicky seemingly cut off contact with Jack at that point? 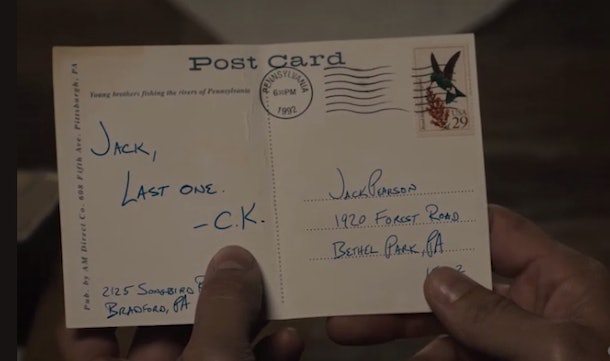 There is clearly a whole other chapter of Pearson history ahead of us, but here’s hoping that Kevin eventually shares the truth about Uncle Nicky with the rest of the family.