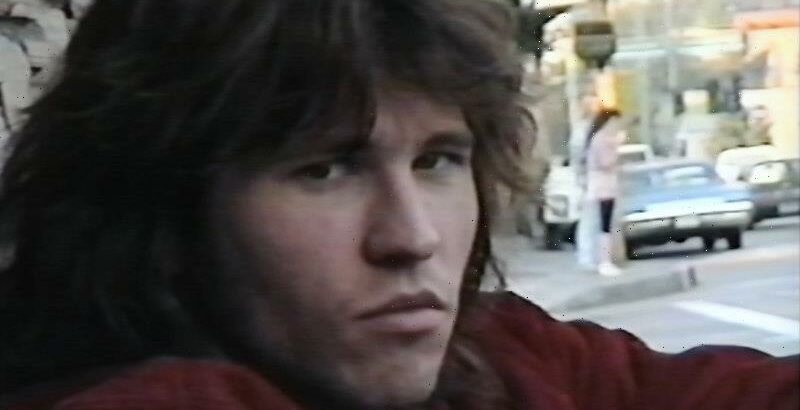 The ancient Greeks believed it could be fatal to see one’s own reflection – hence the story of Narcissus, jumping into a pond after falling in love with himself. The video camcorder and the smart phone have made it possible for us all to admire our own selves – but few have achieved Val Kilmer’s level of expertise in this area. 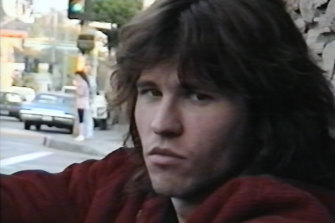 Starting in his teenage years, Val Kilmer meticulously documented his life and work on video.Credit:

He has logged more than 800 hours of his life since buying his first video camera as a teenager at Juilliard – the first person he knew to own one. Some of it is charming, like when we see him with the two children he and Joanne Whalley created together. One of these, Jack Kilmer, records his father’s voice-over here, with uncanny similarity. That’s necessary because Val lost his voice to throat cancer in 2015. He can speak only though a vocal activator in his throat, so he sounds like a rasping saw – a cruel fate for a man born with a magnificent voice.

Some of the footage reflects the early career when he was one of the bright new talents of 1980s stage and film – horsing with his buddies on the set of Top Gun, or backstage with Sean Penn and Kevin Bacon in New York before Hollywood called (they drop their tweeds and show him twin moons).

Some of it is revealing about an actor’s process. Kilmer found a useful tool in the video camera: he could rehearse his lines for Hamlet in different ways, convinced he would eventually play the Danish prince. He could record scenes for Stanley Kubrick or Martin Scorsese to make them see how much they needed him. 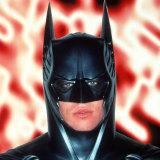 They failed to include him in Full Metal Jacket or Goodfellas, but it shows how determined he was. And some of it shows him getting into character for the roles he did get – and how obsessional his method became. He wore leather pants and attitude for a year before playing Jim Morrison in The Doors – something he concedes made life hell for his wife.

Kilmer is more complex than many of his roles indicated. He didn’t want to do Top Gun because it glorified war, but he was under contract and he liked Tony Scott. He hated doing Batman Forever because the suit didn’t allow him to act, so he turned down the sequel and cemented his reputation in Hollywood for being “difficult”.

Clearly, he was difficult at times, as when he clashed with John Frankenheimer on The Island of Dr Moreau in north Queensland in 1996. There’s a tense moment when Frankenheimer asks Kilmer to turn off the video camera so they can rehearse, and Kilmer refuses. Kilmer even shows Brando resting in a sturdily-built hammock, with Kilmer rocking his idol’s late-era magnificence.

The glimpses of Kilmer the stage actor suggest he might have been happier if he had stuck to Broadway. His late-career one man show as Mark Twain ripples with subtle control of voice and movement, such that I wanted to watch him do the whole show. Kilmer identifies so completely with Twain that he loses himself in the role. He is no longer Narcissus.

Kilmer says at the start of the film – directed by his friends Leo Scott and Ting Poo – that he wants the film to say one or two things about acting. In this he succeeds well. It’s an engaging film about performance and the kind of personalities drawn to it.

He pursued acting with a seriousness that wasn’t always apparent, and was often read by his collaborators as arrogance. That might have been true, although the sight of him signing posters and headshots now for fans who all want the same line from Top Gun – “You can be my wingman any time” – makes that more doubtful.

He concedes it’s humiliating but he still likes meeting the fans, who all want a photo with their smart phones. He doesn’t need his video camera now: the cameras stalk him. Indeed, the film’s most haunting scene shows him in a wheelchair, being spirited out of the hall at Comic-Con with a red towel over his head, after he has become ill while signing photos. Perhaps he was never Narcissus after all: very few other actors would have allowed that shot to be used.

Find out the next TV, streaming series and movies to add to your must-sees. Get The Watchlist delivered