What a difference five years make! Meghan returns as royalty to the Dublin college she visited in 2013 to pick up an acting award – but student admits she ‘wasn’t top billing’ and they ‘almost didn’t invite her at all’

She was greeted by huge crowds and flanked by security arriving at Trinity College Dublin today – but Meghan’s last visit to the university campus could not have been more different.

Five years ago, long before she married into royalty, Meghan visited the Irish city to pick up the Bram Stoker Medal from the university society for entertainment.

The Duchess of Sussex visited back in November 2013 to pick up the Bram Stoker Medal for Entertainment – despite not being considered ‘top billing’ at the time.

Just a year after she landed her breakout role as Rachel Zane in hit US drama Suit, the former actress was picked for the prestigious award honouring figures in the entertainment industry. 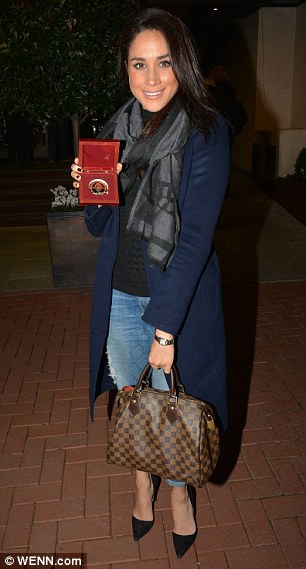 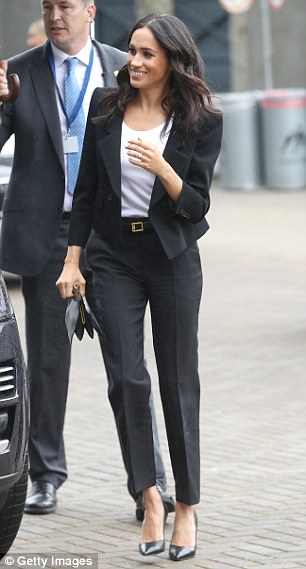 Meghan Markle is visiting Dublin’s Trinity College today (right), five years after her guest appearance at the institution to pick up he Bram Stoker Medal for Entertainment (left)

Images from the event show the actress casually dressed in ripped jeans and stilettos, in contrast to the Givenchy suit she wore today.

And Meghan was in good company, with A-listers Jonah Hill and Channing Tatum also receiving the Bram Stoker accolade in recent years.

Speaking about her Dublin visit, James Wilson told Irish Central that the actress ‘wasn’t considered top billing’ and admitted the student body ‘almost didn’t invite her at all’.

He also revealed that Meghan was ‘the nicest’ VIP guest they had ever hosted at Trinity, calling her ‘in a league of her own’. 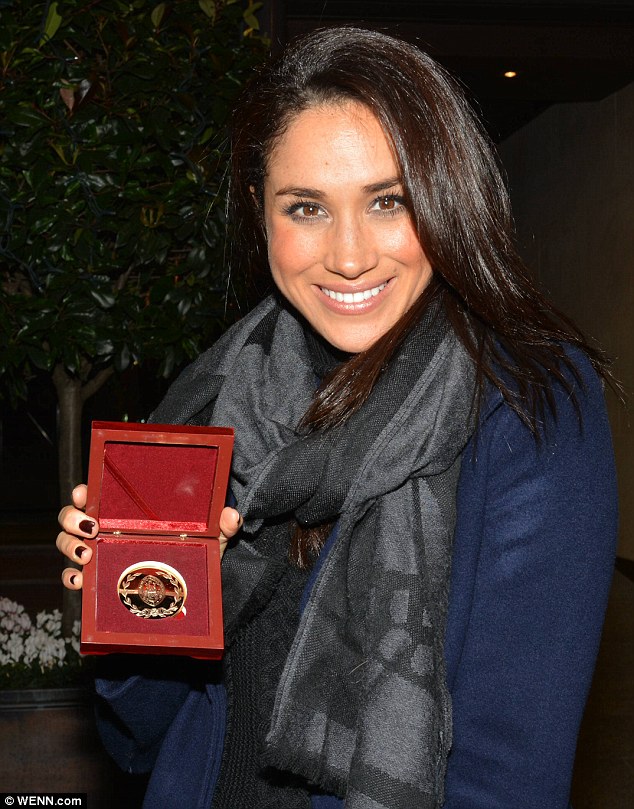 Guest appearance: The Duchess of Sussex visited back in November 2013 to pick up the Bram Stoker Medal for Entertainment 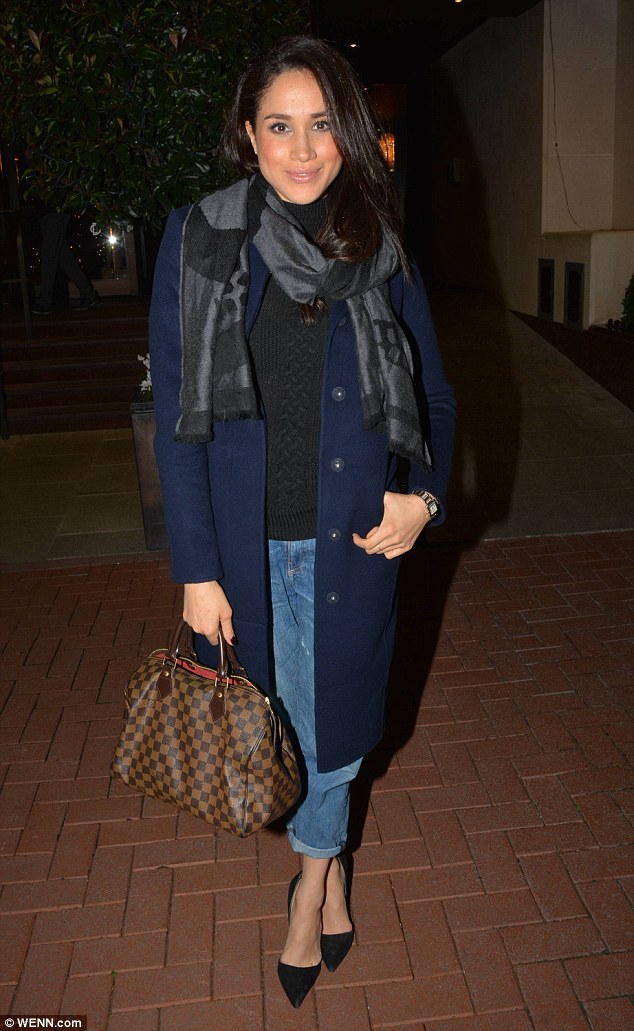 How times have changed! Images from the event show the actress casually dressed in ripped jeans and stilettos, in contrast to the Givenchy suit she wore today

James added: ‘Even after inviting her it was decided she wasn’t important enough for our top award: to become an Honorary Patron or “Hon Pat” of the society, so we shoved her something called a “Medal” – named after the former society member who wrote Dracula.’

During her visit, Meghan: ‘Dublin, you are beyond lovely. Having the best day and excited for a night @diceysgarden and @krystlenightclub.’

Both Dicey’s Garden and Krystle nightclub are part of The Russell Court hotel and the former is known for its drinks promotions, including Jaegerbombs for just €2. 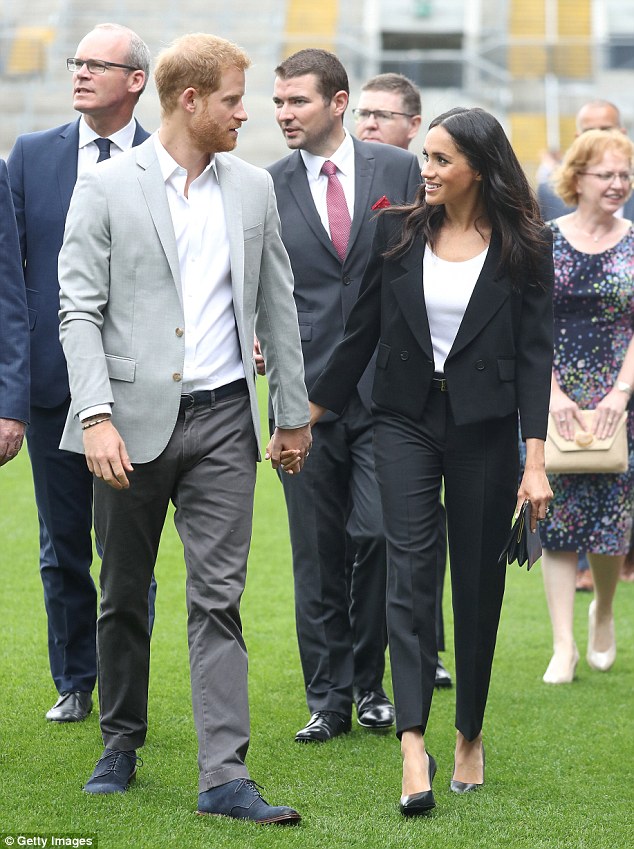 Meghan is in Ireland with Harry today as the couple kick off a two-day tour of Ireland (pictured in Croke Park, home of Ireland’s largest sporting organisation, the Gaelic Athletic Association)

While not clear if the former actress did take advantage of the cut-price shots, but she certainly seemed fond of the Irish capital, labelling it ‘beyond lovely’.

Meghan also spoke at Trinity’s University Philosophical Society and visited Dublin in 2014 in her former role as a One Young World Counsellor.

The UK-based charity gathers ‘the brightest young leaders from around the world, empowering them to make lasting connections to create positive change’.

During the One Young World Summit in Dublin in 2014, Meghan joined a panel discussion on Bridging the Gender Gap, which dealt with gender bias and stereotypes in the media.