It’s important to be mindful of dining etiquette when going out for dinner, even if it’s only to a fast food chain.

But some diners clearly leave all sense of decorum at home when they decide to eat out, as these horror stories from fellow customers and serving staff reveal.

They took to question-and-answer website Quora to respond to the question: ‘What’s the most shameful thing you’ve seen someone do at a restaurant?’

The answers are both disgusting and exceedingly inappropriate, from a couple getting very handsy under the table to a mother who let her child urinate into a plastic bag in front of other diners.

And the tales will make you grateful you haven’t encountered these types of people when you’ve visited a restaurant.

Diners and servers responded to the question ‘What’s the most shameful thing you’ve seen someone do at a restaurant?’ on Quora and one user said they once saw a couple fondle under the table 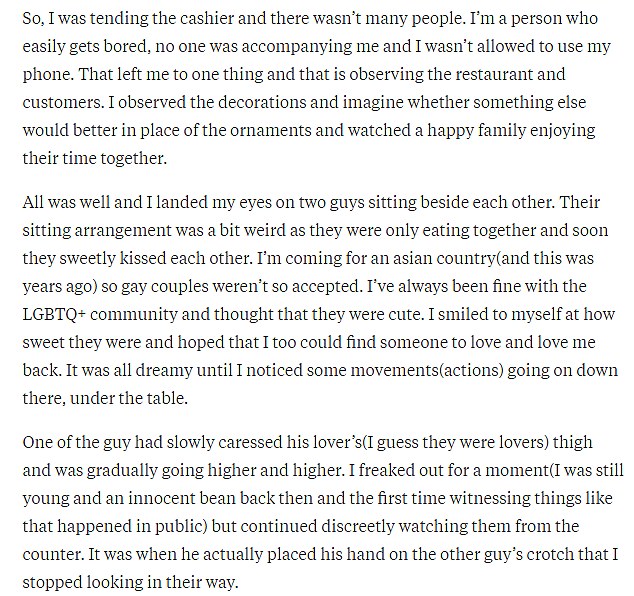 This anonymous cashier spotted a couple kissing at a table and thought they looked sweet and in love – but they started to get a little too intimate under the table, with one of the men fondling their lover’s crotch 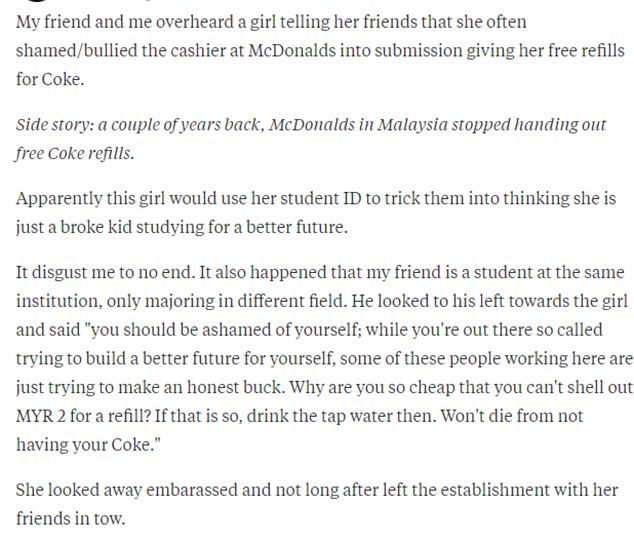 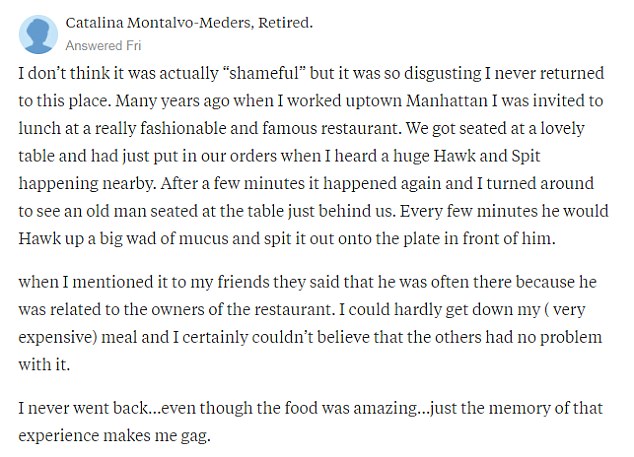 That would put you off your meal! This diner heard a fellow customer spit mucus very loudly into a napkin nearby, making her gag

This waiter says that one of the most shameful behaviours a customer can do is to walk out on a large bill, as it is theft

This waiter once saw a customer steal from the server’s tip basket, which they say is one of the most disgraceful and inappropriate things you can do at a restaurant