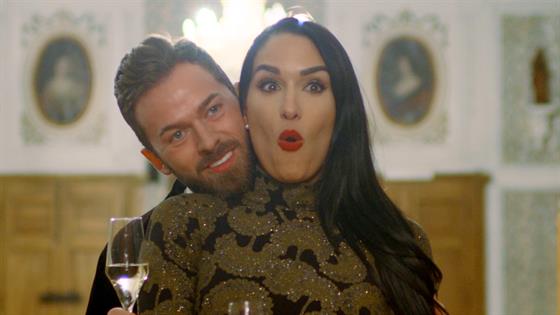 Nikki Bella and Artem Chigvintsev won’t know the sex of their baby until June, but the father-to-be revealed whether he wants a son or daughter on this week’s episode of The Bellas podcast.

The professional dancer’s fiancé was the one to pose the question, even though she said she already knew his answer.

“Obviously people have preferences in who they want to have just simply because how they feel with themselves,” Artem explained. “Like, I’ve danced all my life with girls…I know how to be with a girl. To me, obviously I would feel most comfortable if it were a girl.”

He continued, “I could teach her dance. I could take her to dance classes. For Christ sake, I even did my partner’s hair at one point. I know I can do that. I know can take care of those things.”

Artem, who was born in Russia, added that he’s specifically less familiar with the some of the cultural differences applied to gender in the U.S.

“I’m just feeling that…would I be more nervous having a boy? 100 percent. Because American culture and sports is massive. You guys are obsessed with [the] NFL, it’s, like, crazy. It’s a huge part of it. And I’m just not familiar with it,” he said. “So me, having a boy, and him growing up and potentially playing sports, I’d be like…that would be something that I’m gonna be nervous doing because I’m not gonna be as confident as I know what I’m doing. But if I take a girl to a dance class, I’d be like, ‘Yo, you need to point those toes!'”

Regardless if Artem and Nikki have a boy or girl, he explained that he doesn’t want to force anything on his child—even dance! 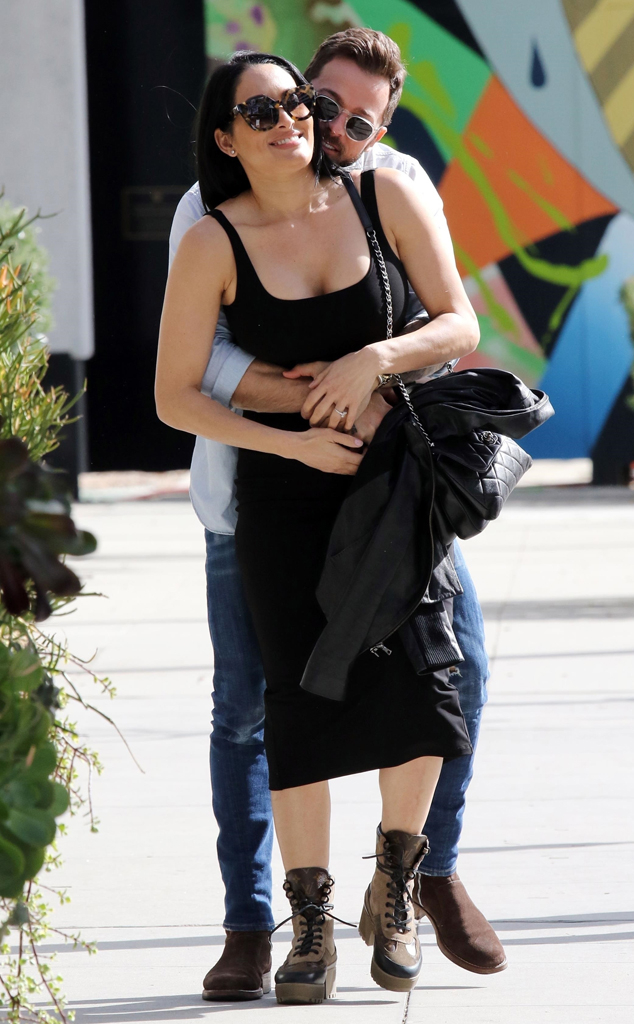 “But then I can say that if it is a boy, he’s not gonna be a dancer and have the same values [as] I. I don’t want to put something on him already that I know,” Artem said. “Of course, if it’s a boy, I want him to choose what he wants to do. If it’s gonna be sports, I’m gonna totally be like, ‘Yo. 100 percent. You want to do that, do that. If you’re passionate about that, please do that.'”

Nikki chimed in, reassuring Artem that she’s “got sports handled.”

Throughout the podcast episode, the couple continued discussing their excitement to become parents with Nikki’s co-host and twin sister Brie Bella.

According to Nikki, Artem was one of the first guys she ever dated who talked about wanting to become a father, “which was amazing because I feel like almost every woman or man when you’re with someone, that’s what you really want to hear.”

“Even when you found out, you did cry. Like, you got very emotional and got very happy,” Nikki said, also telling Artem he’s “so loving and caring.”

Artem attributed a lot to how he was raised by his parents, who still live in Russia. Once the baby is born, he said he wants to be able to visit at least once a year.

“Maybe if my parents would like to visit here, we could like alter—like one year they come, one year we go,” he told Nikki. “I grew up with grandparents. My grandparents played a massive part of my growing up. I 100 percent want my parent’s influence because I know how they raised me. I’m just hoping that I’m going to be even a quarter as good as they are.”