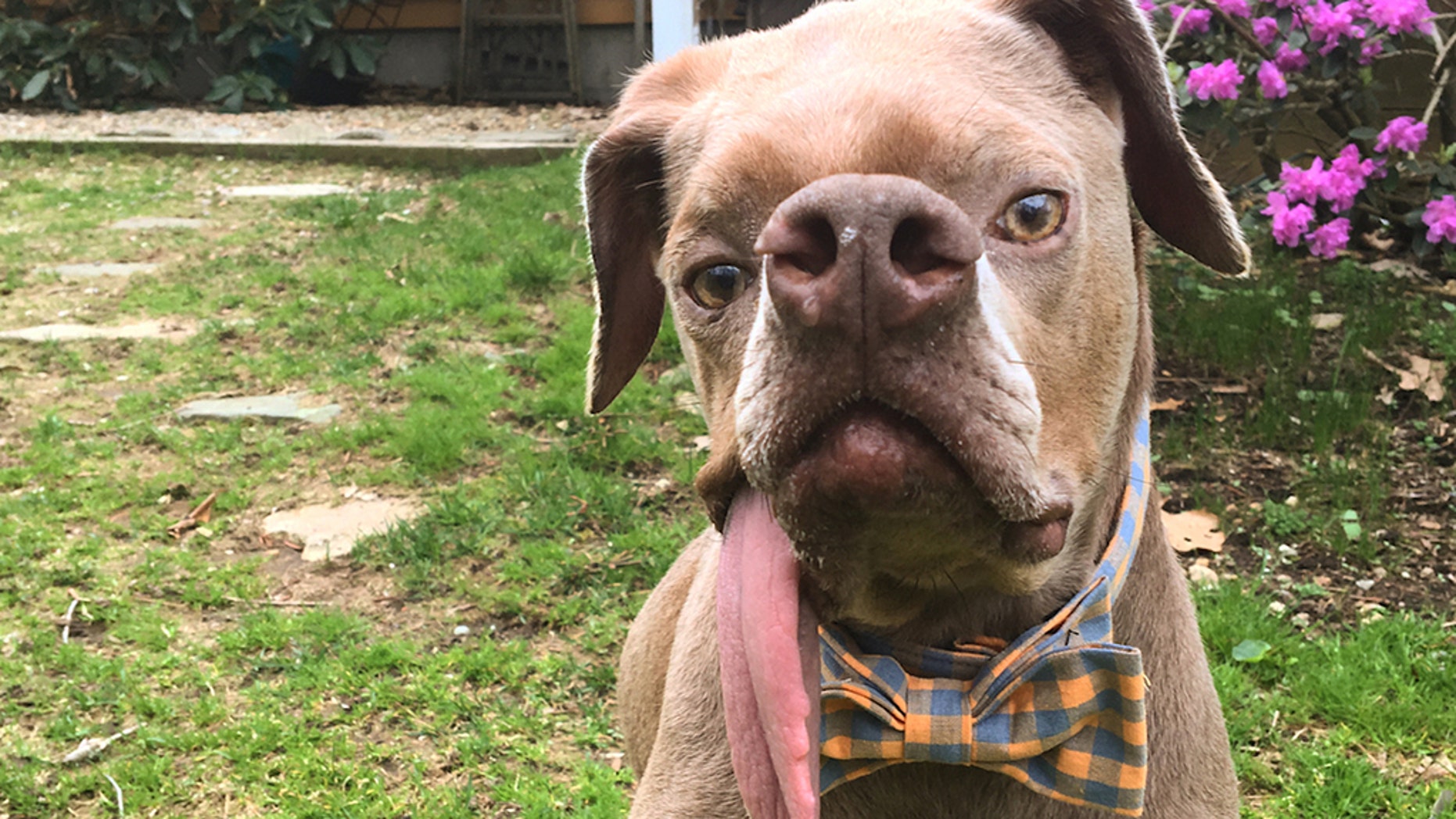 Murray was due to be euthanized, however after a wag of his tail the vets changed their mind and did what they could to treat him.

Murray the Weimaraner’s unusual looks saved him from a grim fate.

Murray was born in Puerto Rico, where he contracted distemper and was abandoned on Dead Dog Beach — a beach on the southeastern coast where hundreds of animals are left for dead every year, the Daily Mail reported.

The deadly distemper virus, which can kill animals by destroying the nervous and respiratory systems, left him toothless, unable to keep his tongue in his mouth and with a disfigured head. But it did not kill him.

Eventually, Murray was rescued from the beach by the charity organization The Sato Project and was brought to the United States to be adopted.

However, Murray’s story nearly ended once he arrived stateside because of his medical issues. A veterinarian was scheduled to euthanize the special pup but decided against it because he started wagging his tail moments before the lethal injection, The Daily Mail reported.

HUNTER SHOT IN BACK BY HIS BELOVED DOG

After Murray was saved a second time from death, the Gallant family met the deformed pup and fell in love.

“The signature tongue out is just the cutest thing, and his crooked features, if you look at his face closely you notice his ears aren't aligned right on his head. His quirks make him even cuter and more special,” Mackenzie Gallant said to Daily Mail.

Murray was adopted by the family and brought to Massachusetts, where his family created a thriving Instagram for him to help raise awareness for rescue dogs and The Sato Project.

“We made his Instagram when I left for college for friends and family to follow but over the past year he has gained a lot of followers and helped raise awareness of rescue dogs, The Sato Project and distemper,” Mackenzie told Daily Mail.

The Sato Project is dedicated to rescuing abused and abandoned dogs from Puerto Rico’s Yabucoa municipality, according to their website.