What’s going on between singers Halsey and John Mayer?

The 24-year-old and 41-year-old have been acting rather flirty on Instagram following her breakup from G-Eazy, 29. Halsey and the rapper recently called it quits for the second time, following a month-long split over the summer.

Earlier this week, Halsey posted on her Instagram stories a video of her and Mayer FaceTiming, captioning the clip, “7am carpool karaoke with John Mayer.”

Mayer, known for many past relationships with famous women, has also been sliding into Halsey’s Instagram comments recently. On Monday, the singer posted a YSL Beauty lipstick ad on her page. Mayer commented, “It’s saying that my billing address doesn’t match with the one of my credit card? I’ve never had this problem before. Can you text me? Thanks.” 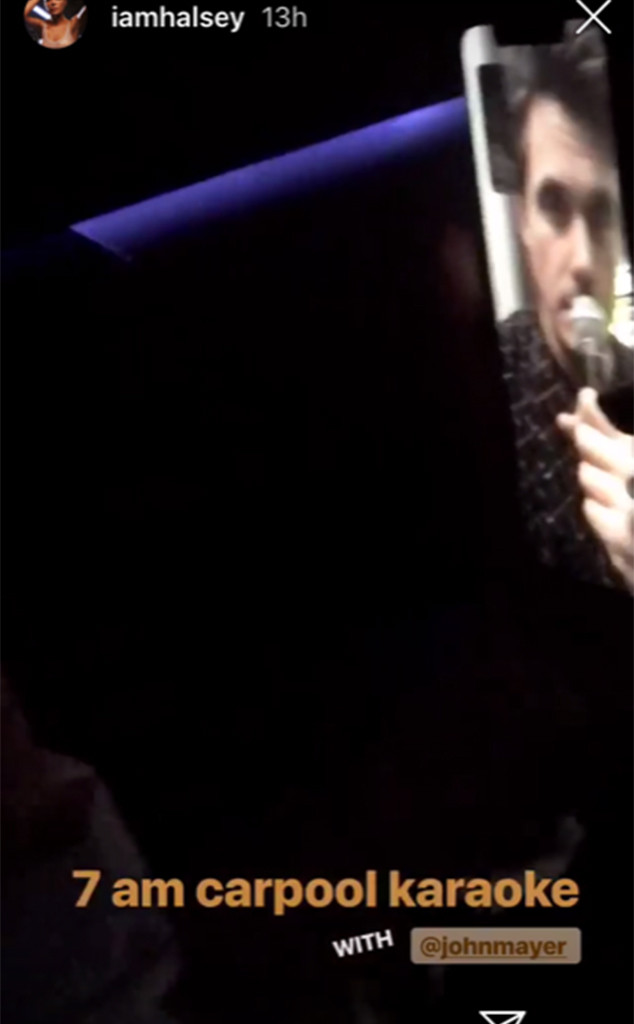 “@johnmayer wrote u a song with the help hotline # in the chorus,” Halsey replied. “Sending mp3 now.” 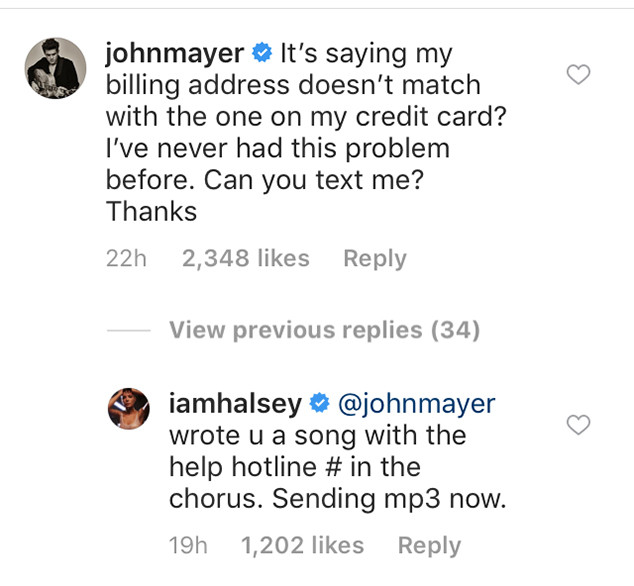 On October 25, two days after E! reported about Halsey and G-Eazy’s latest split, Mayer commented on a photo the singer posted of herself onstage at a concert. She captioned the pic, “38° F.” Mayer replied, “That’s 276.483 kelvins for you thermal nuts.”

He later liked a photo Halsey shared showing her dressed as a bikini-clad Poison Ivy for Halloween, as well as another pic and video of her performing onstage.

Mayer has also liked Halsey’s images befer recent breakup. On October 7, he liked a pic she posted of her wearing a black bodysuit, writing, “Mine is the ‘like’ of a gentleman.” Halsey did not respond publicly.