Douglas M. Costle, who helped draw up the blueprints for the federal Environmental Protection Agency and served as its administrator when it tackled toxic waste sites and fluorocarbons and monitored radioactivity from the Three Mile Island nuclear disaster, died on Jan. 13 at his home in McLean, Va. He was 79.

His wife, Elizabeth, said the cause was complications of a stroke.

Appointed to head the agency by President Jimmy Carter in 1977, Mr. Costle (pronounced KOS-tul) recruited 600 scientists and other professionals within two months of taking office at what was already the government’s largest regulatory body. He was instrumental in creating the so-called Superfund to decontaminate toxic waste sites after the Love Canal health crisis near Niagara Falls, N.Y., and oversaw a $400 million agreement with United States Steel to curtail air pollution.

At his first news conference, he announced the recall of 135,000 Cadillacs because they failed to meet minimum standards under the newly minted Clean Air Act.

“Clean air is not an aesthetic luxury,” he said when he became E.P.A. administrator. “It is a public health necessity.”

Mr. Costle was the administrator when the agency banned aerosol spray fluorocarbon gases in 1978 and when it was assigned the lead role in monitoring the release of radioactivity after the partial meltdown of the Three Mile Island nuclear power plant reactor in Pennsylvania in 1979.

In 1978, after extensive studies, he had approved a cooling stystem for the Seabrook nuclear power plant in New Hampshire, which used seawater, after explaining that his agency’s role was limited to assessing whether water heated by the reactor at the plant would harm fish and plant life.

In Washington, and earlier in Connecticut, where he was the environmental protection commissioner from 1972 to 1975, he sometimes struggled to reconcile fierce challenges from industry lobbyists and litigators with complaints from impatient environmentalists as he proposed and implemented largely untested laws. It was a time when, as he put it, “very few people could define the word ‘ecology.’ ”

As E.P.A. administrator, a position he held until 1981, Mr. Costle was in the vanguard of the federal government’s efforts, not all of them successful, to define safety metrics for toxic chemicals and metals and enforce limits, while the White House was also weighing the inflationary impact of regulation. 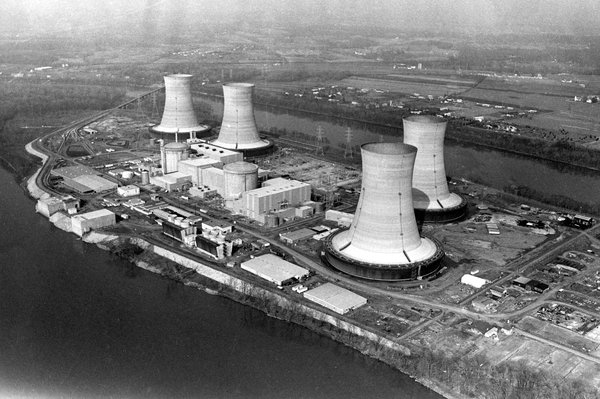 He advanced the relatively novel argument that environmental regulation spurred economic development because it preserved resources. He acknowledged, however, that some of the fledgling movement’s early efforts, particularly at the state level, resulted from “an era of improvisation.”

“It wasn’t just drafting a document and throwing it out for a policy debate, casting thy bread upon the waters to see how soggy it gets,” he said in an 1996 interview for the federal agency’s oral history program. “We had to make the abstract work.”

“To me,” he added, “this represents a key principle of public service. It’s not a political game. In the end, success is measured by getting something done that makes a difference for the public good.”

In a New York Times Op-Ed article in 1983, he recalled a friend warning him before he joined the federal agency that even if he did his job right, “you’ll have 60 percent of the people mad at you at least 50 percent of the time.”

After Mr. Carter was defeated for re-election in 1980 and Mr. Costle left the agency, he joined an environmental testing company, served as dean of Vermont Law School from 1987 to 1991 and unsuccessfully sought the Democratic nomination for United States senator from Vermont in 1994. He moved to McLean in 2003.

In addition to his wife, Elizabeth (Rowe) Costle, he is survived by a daughter, Caroline Costle; a son, Douglas M. Costle Jr.; and three grandchildren.

Douglas Michael Costle was born on July 27, 1939, in Long Beach, Calif., to George Costle, an engineer, and Shirley (Ellinghaus) Costle, a medical administrator.

He was raised in Washington State, where his appreciation for nature was nurtured during fishing trips with his father to Spirit Lake near Mount St. Helens.

“Growing up in the Pacific Northwest,” he recalled, “you almost took for granted that the air would remain clean and the water fishable and swimmable — the goals stated in the ’70 Clean Air Act and the ’72 Clean Water Act.”

A memorial to those who lost their lives in 2018

He earned a bachelor’s degree in history from Harvard in 1961, graduated from the University of Chicago Law School in 1964 and worked as a trial lawyer in the Justice Department’s civil rights division under Attorney General Robert F. Kennedy. He also served in the Army Reserve, in military intelligence.

After Richard M. Nixon was inaugurated in 1969, Mr. Costle was recruited by a friend to the White House Advisory Council on Executive Organization. c He played a major role in conceptualizing the environmental agency, which Nixon created by executive order in December 1970.

Mr. Costle had hoped to be named assistant administrator for policy, but he was passed over — because he was a Democrat, he believed. He became a consultant to the fledgling agency instead.

His legacy as a state commissioner included what became known as the Connecticut Plan, which calculated fines for industrial polluters on the basis of how much money they saved by failing to comply with environmental regulations.

During his tenure in Washington, Three Mile Island and Love Canal became battle cries for the environmental movement.

In the mid-1970s, a quarter-century after the Hooker Chemical Company stopped using Love Canal, in upstate New York, as a dump site, suspected carcinogens were found to be leaching through the soil into the backyards of homes built on the banks of the filled-in ditch dug by William Love, who had planned a model community there at the end of the 19th century. Hundreds of families had to be relocated by the federal government as it confronted an entirely new environmental challenge.

“It is one thing to deal with gross pollution you can see, where rivers catch on fire, or there’s a heavy plume from a smokestack,” Mr. Costle said in 1996. “Everybody can visually understand that. What is much harder to understand is the ubiquitous presence of toxins in the environment, where you don’t yet know what the long-term health effects or the mechanisms are.”

Mr. Costle became a leading advocate for the Comprehensive Environmental Response, Compensation and Liability Act of 1980, the so-called Superfund law, which has financed the cleanup of hundreds of hazardous waste sites nationwide.

On most issues, though, Mr. Costle was regarded as a pragmatist. His approach sometimes antagonized exponents who had stronger views, one way the other, about the environment and government regulation.

“I believed that the most important thing was to get facts on the table,” he said. “My motto is, ‘Facts are friendly.’ People with different political philosophies can come to the same problem and reach similar conclusions, unless they are ideologues.”