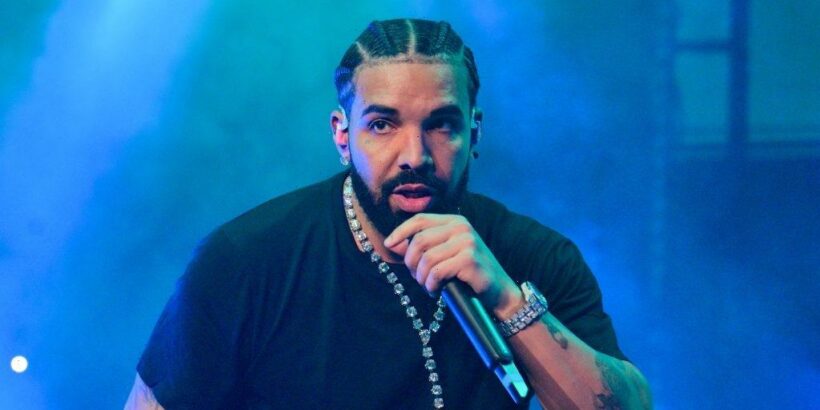 Drake took New York City on a “journey” through his career at the historic Apollo Theater Saturday night, with help from 21 Savage and Harlem legends the Diplomats.

The Toronto rapper tore through his biggest hits and deep cuts (does Drake even have deep cuts?), transforming the stage from his childhood bedroom to a record label boardroom to a New York City bodega.

Drake kicked off the show paying homage to his roots, sporting a “Degrassi” jersey and sitting on a replica of his childhood bed, where he told he crowd he “wrote a lot of these songs.” This concert was “about gratitude,” he said, performing in front of his closest family and friends, including his mom and OVO co-founder Noah “40” Shebib, who has produced all of Drake’s albums.

The first act of the show was decidedly downtempo, with Drake pulling out less radio-friendly ballads “Over My Dead Body” and “Trust Issues,” as well as the fan-favorite feeler “Marvin’s Room.” No time was wasted, with Drake sliding out of most songs after just one verse and a chorus.

Early on, the rapper found himself repeatedly urging the crowd to up the energy. “We’re going there tonight, I promise you,” he assured an audience that, at least in the back of the room, was surprisingly tame. “Don’t play shy with me.”

But when the set changed from his mom’s basement to a boardroom – where Drake rapped to a man in a suit representing the labels that passed on him early in his career – he hit the Apollo with a much-needed triple shot of espresso: “Best I Ever Had,” “Headlines” and “HYFR (Hell Ya Fucking Right).”

In fact, there were entire stretches of the show packed with No. 1 songs, from “God’s Plan” to “One Dance” to “In My Feelings.” It’s easy to forget how many hits Drake has until you see a crowd sing back nearly every word to a 40-song set that didn’t even bother to include “Nice for What,” “Hotline Bling,” “Toosie Slide” or “Popstar.”

With a guest list of industry figures and celebrities from Kevin Durant to Ice Spice, the show had an air of exclusivity. The entire stretch of 125th St., from Frederick Douglass Blvd. to Adam Clayton Powell Jr. Blvd., was closed off, with swaths of onlookers taking pictures of the Apollo marquee and trying to land last-minute passes. Of the dozens of cell phones propped in the air at all times during the show, many were not recording video but rather on FaceTime with people who couldn’t snag a ticket. Those lucky enough to be inside the Apollo were each given a free commemorative T-shirt and treated to complimentary drinks.

After a second interlude, the set turned into a Harlem street corner, with none other than the Diplomats entering onstage through a bodega door. Dressed in Cam’ron’s famous pink mink, Drake performed “I Really Mean It,” “Dipset Anthem” and “We Fly High (Ballin)” with Cam’ron, Jim Jones, Juelz Santana and Freekey Zekey. Before they left the stage, Drake praised the influential New York rap collective, who then gifted him with a custom OVO x Dipset bracelet. “These guys right here from Harlem made us dress different, talk different, walk different, rap different all the way in Canada,” he said.

Then, blasting from the past to the present, Drake brought out 21 Savage for a slew of songs from their 2022 collaborative effort “Her Loss.” Standing in front of a giant neon Apollo sign, the duo traded verses on “Rich Flex,” “Privileged Rappers,” “Knife Talk” and “Jimmy Cooks.” In between songs, they teased a joint tour this year, with Drake saying, “We’re gonna be out on the road this summer.” He also assured fans that he’s not going away any time soon, hinting at a 2023 solo album.

Toward the end of the set, Drake shared heartfelt gratitude for his fans: “I appreciate all of those people that stick by me. I know it’s like a cool thing … to be like ‘fuck Drake’ … but I deeply appreciate everybody for continuing to support us.”

He added, “I’ve thought about a bunch of things in life, but at this moment in time none of those things are stopping making music for you, so I’ll be here for you for a little bit at least. And I hope I can strike up more emotions for you, maybe this year. I might get bored and make another one, who knows!”

After closing the show with “Legend,” Drake cut the music and once again thanked those in the audience. “I don’t know how the fuck we made it here, but we did.”

For as braggadocious as his rap persona is, Drake was sincerely humbled by the magnitude of this career milestone. Capping off a 90-minute celebration of his journey from mixtape peddler to one of the world’s most successful hitmakers, he told the crowd, “My name’s Drake, I’m from Toronto,” as if he were right back in that boardroom introducing himself for the first time.

View the full setlist below: