The red dress Duchess Kate wore when she introduced her son Prince Louis Arthur Charles to the world is causing some controversy.

Prince William and the Duchess of Cambridge welcomed their third child together on Monday, April 23, and the couple stepped out to introduce their son in front of the Lindo Wing at St. Mary’s Hospital in London on the same day. 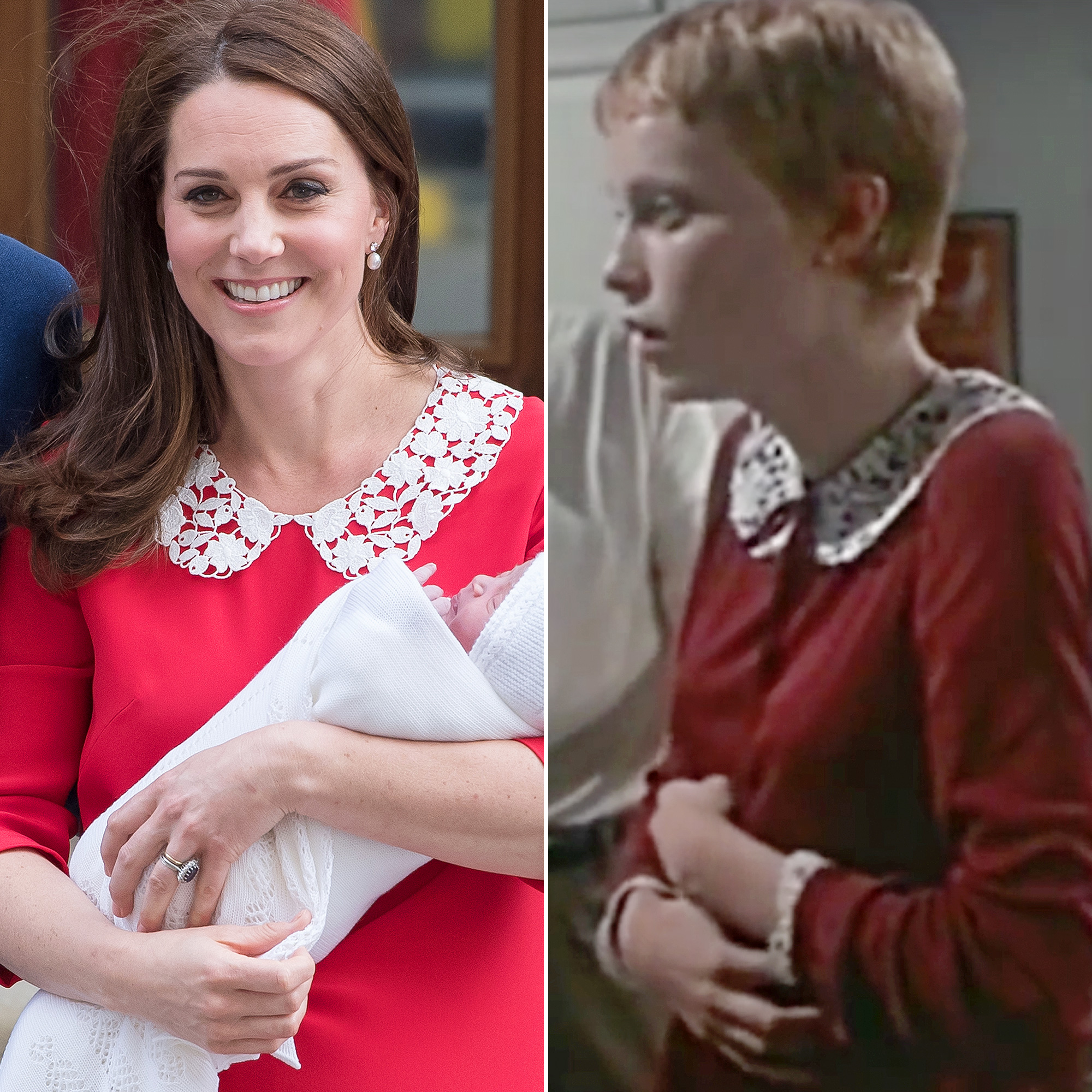 At first, people compared her knee-length red dress with a white Peter Pan collar to the outfit Princess Diana wore when Prince Harry was born in 1984. But now, nearly a week after the royal couple’s appearance, Twitter users are pointing out that the Jenny Packham ensemble Duchess Kate wore looks almost identical to a dress Mia Farrow’s character, Rosemary Woodhouse, wore in the 1968 horror film Rosemary’s Baby. (The film is about a woman who gives birth to the son of Satan.)

One user shared a side by side image of the two women’s dresses and wrote: “Kate Middleton rocking the same dress as Rosemary from Rosemary’s Baby is definitely not discomforting at all…” Another added: “Kate wearing the same frock as Rosemary did in ‘Rosemary’s Baby‘…hmmm should we be a little bit concerned..LOL…”

One Twitter user wrote: The only thing I will say about #RoyalBaby is they put Kate Middleton in the Rosemary’s Baby dress and that is magic.” Another quoted a line from the scary movie: “‘He chose you, honey! From all the women in the world to be the mother of his only living son!’ Loving Kate Middleton’s Rosemary’s Baby vibes.”

Kate and William, who are parents to Prince George, 4, and Princess Charlotte, 2, revealed their newborn son’s name on Friday, April 27. “The Duke and Duchess of Cambridge are delighted to announce that they have named their son Louis Arthur Charles. The baby will be known as His Royal Highness Prince Louis of Cambridge,” Kensington Palace tweeted.

Scroll below to see more reactions to Duchess Kate’s dress!