The Duke of Edinburgh turned 97 yesterday celebrating privately with family, but the celebrations continued in London today with a 41-gun salute.

Dramatic pictures saw members of the King’s Troop Horse Artillery make a grand entrance to the park, before firing the canons on Monday afternoon and then departing. 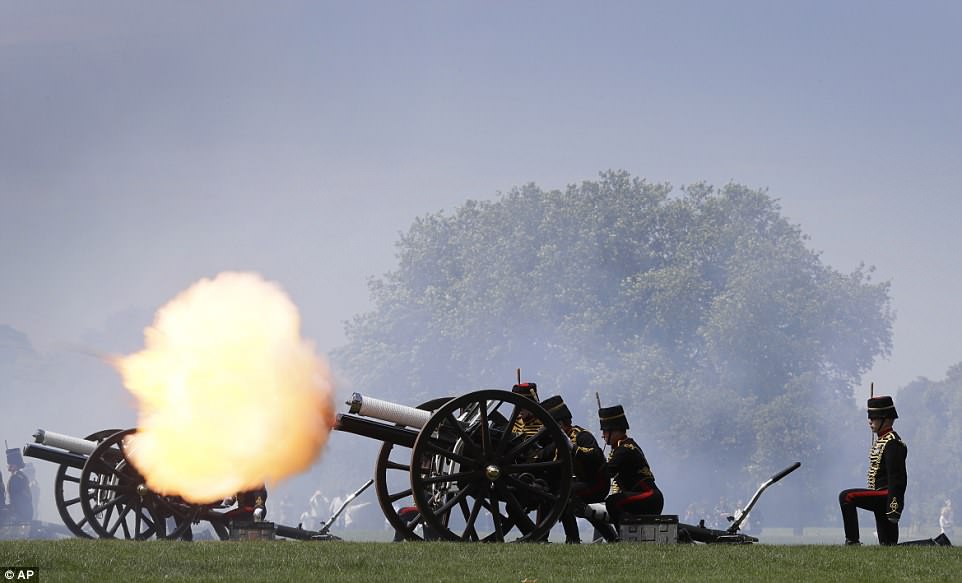 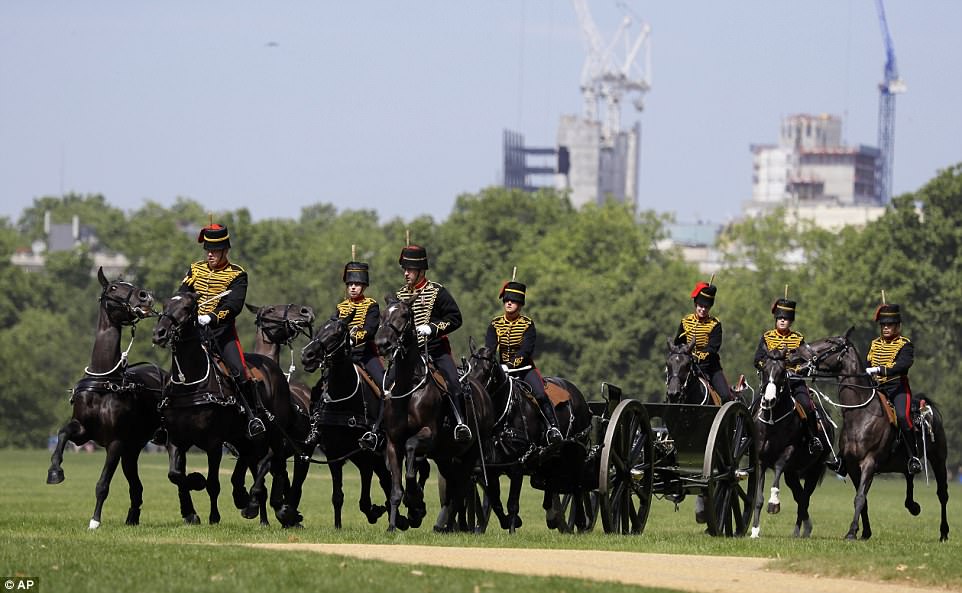 Dramatic pictures saw members of the King’s Troop Horse Artillery make a grand entrance to the park, before firing the canons at on Monday afternoon and then departing

The 41 volleys are fired to mark special occasions for the royals including other birthdays and the anniversary of the Queen’s accession to the throne in February.

Kensington Palace has paid tribute to Prince Philip with a touching Twitter message as he celebrates his 97th birthday.

The 97-year-old Duke enjoyed his birthday in private on Sunday after missing out on the Trooping of the Colour on Saturday. 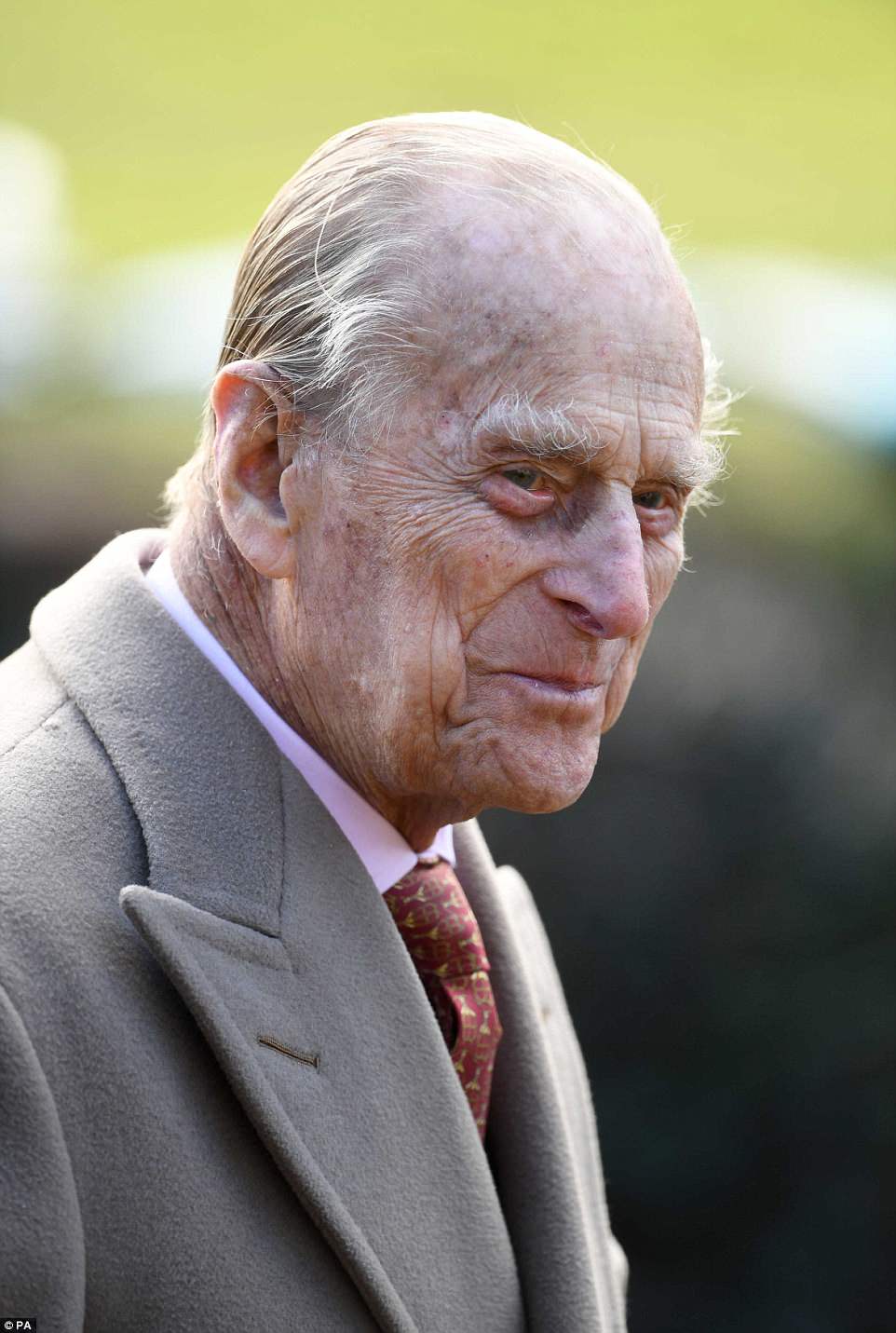 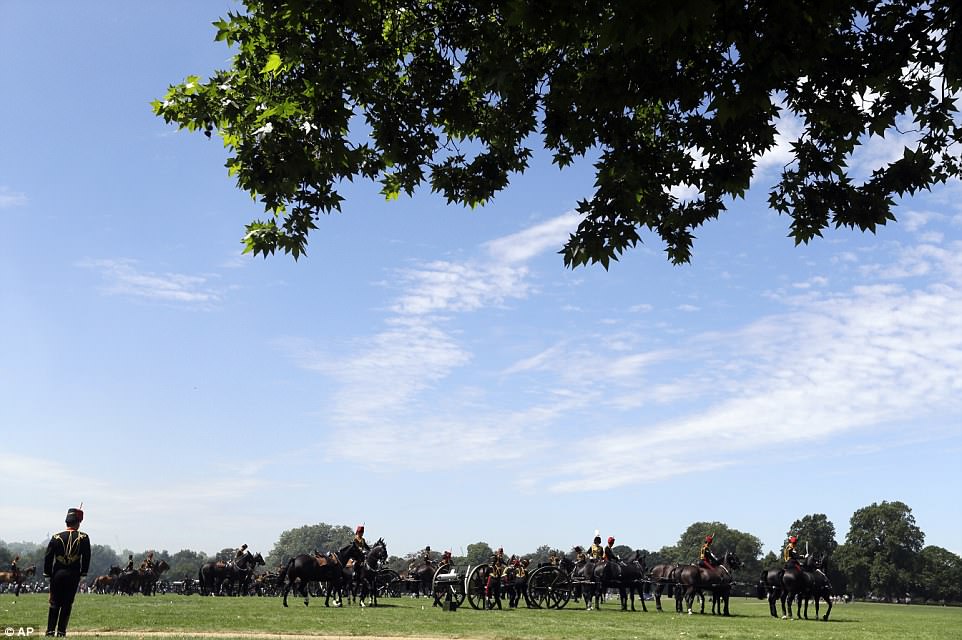 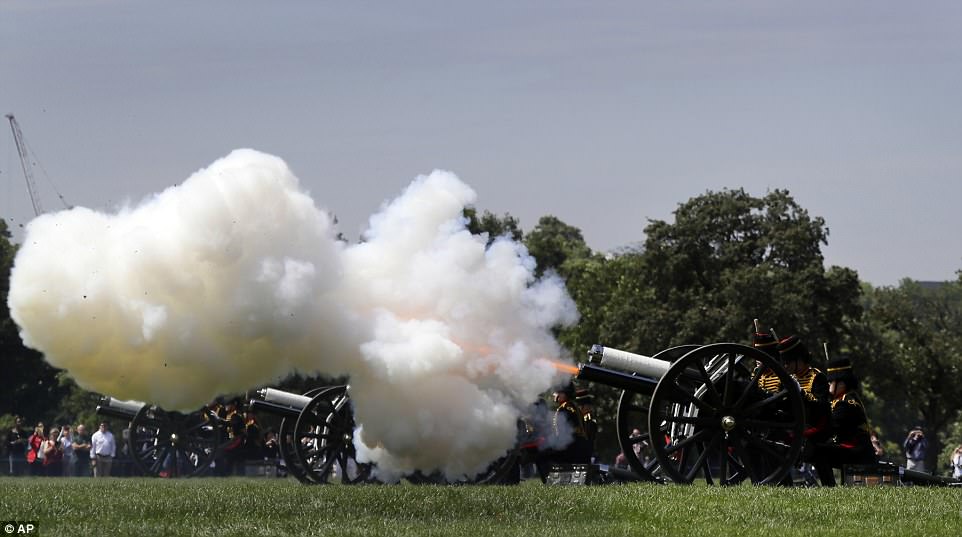 Tourists gathered around the spectacle, as the troops let off the deafening blasts in celebration of the Duke’s 97th year

The palace tweeted: ‘Wishing the Duke of Edinburgh a happy 97th birthday! #HappyBirthdayHRH,’ alongside two images of Philip which have quickly racked up thousands of likes and shares.

Philip was officially succeeded as Colonel of the Grenadier Guards by his son, Prince Andrew, who rode for the first time during yesterday’s parade.

A Buckingham Palace spokesperson confirmed that Philip would be spending the day privately on his first birthday since retiring after a lifetime of public service.

The nonagenarian has kept something of a low profile since conducting his final solo public engagement in August, the last of 22,219 attended since the queen ascended to the throne in 1952.

However, he did attend the wedding of Prince Harry and Meghan Markle at Windsor Castle on May 19, despite undergoing a hip replacement on April 4.

Since retiring, he has spent much of his time at Windsor, west of London, and at the queen’s private Sandringham estate in Norfolk, eastern England, with occasional visits to London.

He has also been spotted carriage driving – a sport he took up in the 1970s after stopping playing polo.

Although the duke has stepped down from public duties, his roles within the royal family continue.

While the Queen focuses on affairs of state, Philip is in charge of matters such as running the royal estates, and maintains a small office dealing with correspondence.