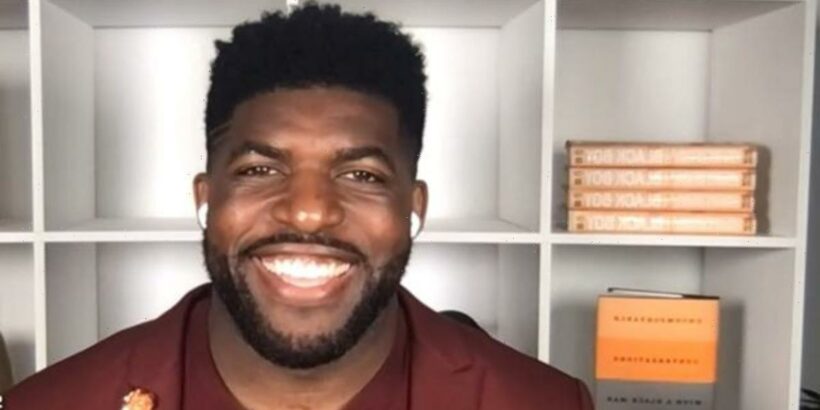 Former NFL star and host of the video series “Uncomfortable Conversations with a Black Man” Emmanuel Acho is out with a new book that he hopes will help today’s youth set a tone for discussions on race, culture and privilege, and learn healthy ways to express and understand those topics.

His new book, titled “Uncomfortable Conversations with a Black Boy,” looks to “encourage” Black and Brown children who question their identity and place in the world because of their skin color, as well as to educate “White boys and girls who might be unintentionally ignorant and racially insensitive.”

It’s an education that Acho believes most kids won’t get in traditional school classes.

“You have to understand the interpretations of history, as we grew up, may be from only one vantage point,” he said.

Acho explained how narrators often bring biases of some kind based on their own societal views and perspectives.

“If Emanuel Acho were to write his own autobiography, everything would seem amazing. I would be the best football player, the nicest human being, the most kind person you have ever met,” he said.

The son of Nigerian immigrants, Acho grew up in Texas navigating differences in the culture as he attended prep school and went on to play college and professional football.

Acho’s understanding of the divide came after his time in a predominantly White school led him to question himself.

As a 12-year-old, Acho says he was called an “Oreo” by other kids — “Black on the outside, White on the inside.”

“I was going through an identity crisis as a youth. I thought I was Black. I looked Black. But all my White counterparts, the majority of them, were telling me I’m Black, but I’m not Black Black. I don’t dress like I’m Black. I’m ‘too smart’ to be Black. I don’t sound Black,” he recalled. “So now from 12 to 18, I’m trying to wrestle with my own Blackness.”

He also discussed the concept of “privilege,” which Acho acknowledged is a volatile term.

“We have to do a better job of elaborating and explaining what these words, what these terms mean, but more importantly, the impact they have on us currently.”

Acho believes these conversations should start inside the home.

“Our parents far too often use their children as a scapegoat — ‘Well, my son, my daughter, they are not ready to have these conversations,’ when in actuality, the parent isn’t equipped to have this conversation,” he said. “So I wanted to make sure that was no longer the truth.”