Terminally ill actress Leah Bracknell revealed she has started taking an experimental new drug in a bid to beat her lung cancer.

The former Emmerdale star, 54, who played Zoe Tate on the soap, said she was accepted onto an ‘early stage’ trial after her NHS oncology team told her there was nothing more they could do to treat the disease.

London-born Leah, who was diagnosed with stage-4 lung cancer in October 2016, does not yet know whether the drug has been effective but said she is already feeling ‘amazing’ and more optomistic about her own condition.

The yoga teacher is taking the drug alongside a string of alternative therapies to ‘nourish her spirit’ including daily prayer and ‘magical Mexican healings’. 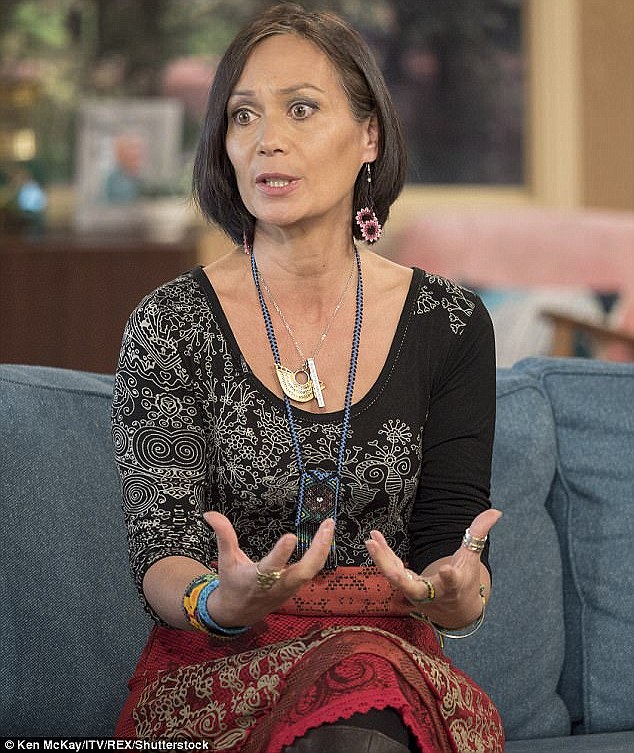 Fresh hope: Former Emmerdale star Leah Bracknell, pictured on This Morning, has revealed she is feeling ‘amazing’ since she started taking a new trial drug in a bid to beat her lung cancer 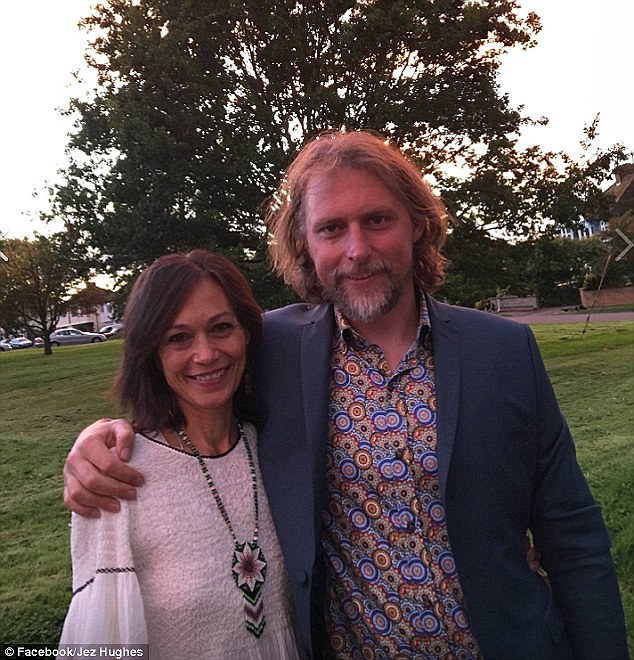 Taking control: The star, pictured with her husband Jez Hughes, told how she had been accepted onto the trial after her ‘wonderful’ NHS oncology team told her there was nothing more they could do to treat the disease. She did not name the drug she is trialling

Open: Leah shared the update in a lengthy, reflective post on her blog Something Beginning with C, pictured. She revealed the drug trial has given her renewed optimism on her condition

In a post on her blog Something Beginning with C this week, Leah admitted she felt hope had been ‘snatched’ from her when the NHS treatment was stopped but said the drug trial has given her renewed hope.

She wrote: ‘Judging solely on how I am feeling right now, on my quality of life, my physical robustness, my reserves of energy, my optimism, all of which improve every day and have transformed me from the person I was less than two months ago who was struggling to breathe or walk– I feel AMAZING.’

The actress and yoga teacher, who is married to the author Jez Hughes, was diagnosed in 2016 after she suddenly felt breathless while climbing stairs.

She saw four GPs in 10 days before she was finally taken to A&E. She was later diagnosed with stage-4 lung cancer.

‘I was dying, but the urgency of the situation was completely missed,’ she has said previously. ‘The funding crisis and resultant staff shortages cannot meet demand.’ 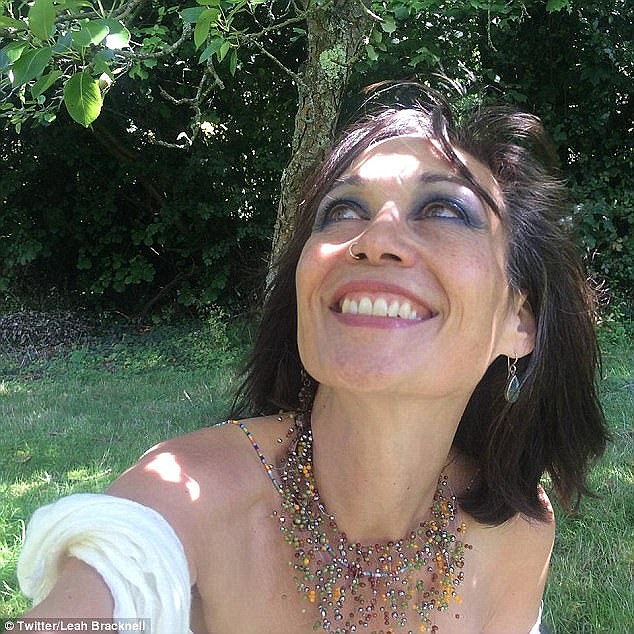 Next step: Leah, pictured in an image shared on Twitter, will next week undergo tests to determine the effectiveness of the drug. Results will determine whether she continues the trial 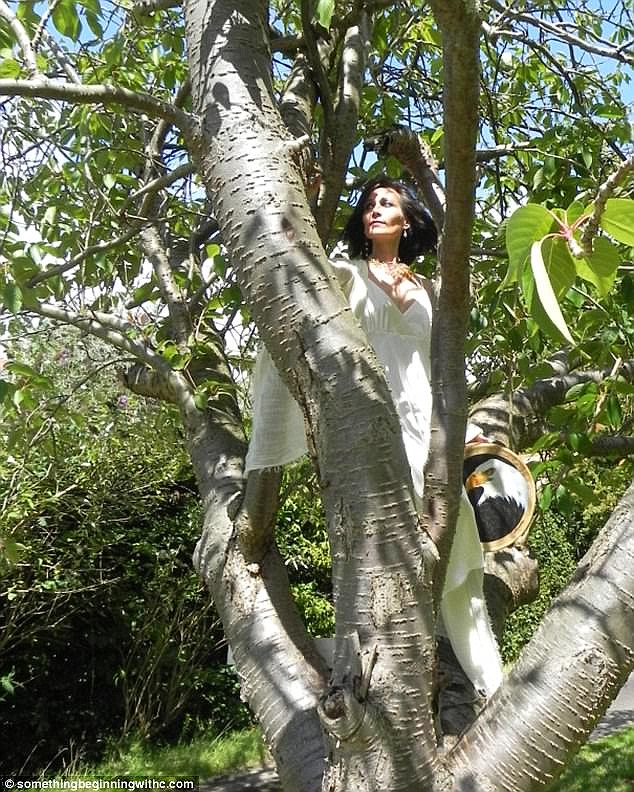 Open-minded: The star, pictured in an image shared on her blog, revealed she has embarked on a daily ‘diet of spiritual nourishment’ included prayer and Shamanic healing

In August 2017, Leah, who is married to author Jez Hughes, revealed the treatment had stopped working and that she was relying on alternative treatments such as plant-based healing oils and sessions in an infrared sauna.

In her latest blog post she told how the news from the NHS medics had told her to ‘go home, spend time with my loved ones, set my affairs in order and make contact with Macmillan home support ASAP.’

In the lengthy, reflective blog post, she continued: ‘When hope is snatched from you, it is so, so hard to know how to continue, how to be, who to be, how to live. What’s the point?Fear seeps in through the cracks and eats away at the spirit. Despair becomes your bedfellow.’

After coming to the realisation that she had ‘bought into “the fear” Leah decided to re-take control of her mental state, reasoning: ‘I will only heal, if I chose to heal. And believe I can heal. Time to step up. Take command… 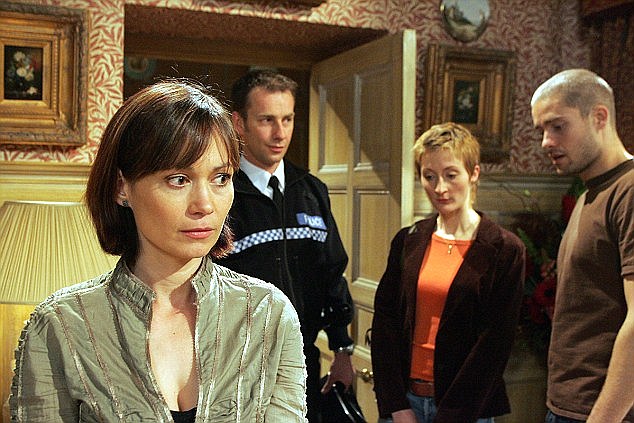 TV career: The actress, seen in Emmerdale in 2005, played Zoe Tate in the ITV soap

‘And believe that it is possible that by being open to different ways of healing you can influence the outcome and make a difference.’

The actress said she had started taking the ‘early stage’ trial drugs alongside embarking on a daily ‘diet of spiritual nourishment’ which included prayer, ‘magical Mexican healings’ and ‘gathering around the fire with indigenous elders’.

Next week the star will undergo a scan that will reveal whether the cancer is the ‘same, better or worse’, the results of which will determine whether she can continue with the trial.

Leah previously underwent immunotherapy treatment in Germany, which is not available on the NHS.

The treatment ‘reprogrammes’ the body’s defence system to attack cancerous cells. Trials show it could stop cancer from spreading and reduce tumour size.

The experimental treatment isn’t a permanent medication as it stops working when the cancer starts to resist it.

She’s also had Mexican shamans by her hospital bed in an attempt to heal her. Shamanic healers believe that illness has a spiritual cause and results in a loss of energy or power.

Leah has been practising yoga for 15 years and also teaches it. She cites it as a way to keep her calm and positive in the face of her devastating diagnosis.