The 1970s were an amazing time, for a generation and for me. Suddenly a blue collar kid could get to university. But getting there was not the same as being able to cope, the cultural barriers were unchanged and knowing how to relate to fellow students, deal with lectures and tutorials, even how to actually study, were a mystery. The most everyday problem was probably made worse by my being at least a third the way down the autism spectrum. I simply had no one to talk to and didn’t know how to start.

So the campaign tables that lined the union building, especially those for feminist causes, drew me in. There were young women eager to recruit, or as bored as I was and happy to chat. I was soon immersed in women’s liberation. 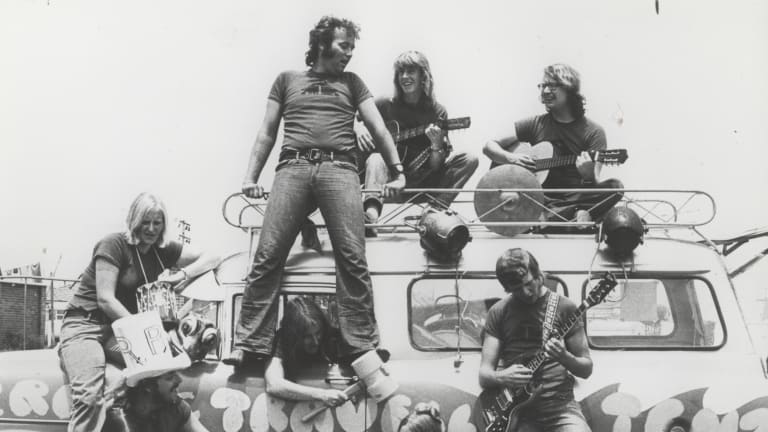 Autonomy Day at the University of Newcastle in the 1970s.

The struggles then were very concrete – safe and unstigmatised abortion was not available, women still died or were horribly damaged in backyard clinics, access to contraception was a huge issue and domestic violence was starting to be recognised. My rusty kombi van soon wore a raft of slogans. Once I returned to find it festooned with pro-life propaganda. The battle had begun.

Determined to be a good sort of man, I found the medical library and read up on how to find a clitoris and treat it well, if I ever got the chance. I bought Everywoman, and emboldened by that,  The Joy of Sex. It must have brought smiles to fellow commuters on the Frankston line, a human scarecrow in corduroy and desert boots, poring over the line drawings.

As time went on my social standing improved and real girls sat beside me and it went OK. By then I was subscribing to Ms Magazine, a marvellous ad-free publication rich in ideas and fiction, with a warm sense of social revolution that melded with the growing counter-culture that accepted the eccentric and different. I read Psychology Today and noticed, among the glossy ads for hard liquor which seemed its mainstay, the Virginia Slims cigarette ads – you’ve come a long way BABY. The colonisation of women's freedom started early.

Out in the world the women's movement was in full swing. Germaine Greer, Eva Cox and Wendy McCarthy were talking enormous rambunctious sense and the orchestrated mockery from the tabloids and shock jocks, just as today, was not enough to quench the fire. A movement is, after all, an outbreak of common sense, when reasonable people suddenly think: Why not! What were we thinking? Why shouldn’t women have the same pay and as much chance to be a doctor as a nurse, a politician as a seamstress.

My own mum, intelligent and lively and fuelled by menopause, became explosive with the boredom and frustration of a life of housework. 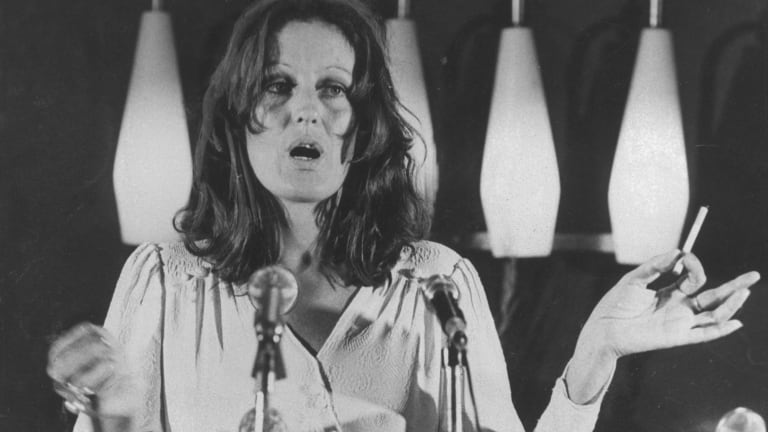 Germaine Greer addresses the National Press Club in Canberra in the 1970s.

Seeking help from her doctor, a bottle of tranquillisers were the answer. Valium in 1972 was the most prescribed drug in the Western world and almost exclusively to women. She flushed them down the toilet. She went to find work and ended up in a factory in Dandenong, pushing the heating element into electric blankets for eight hours a day. She was adamant she liked it, but her hands soon gave out.

Five years later I was working as a family psychologist in a Tasmanian mill town and the cause of women was concrete and urgent. Women came with sunglasses masking bruises and a women’s shelter was established which I am still involved with today. One day at our clinic, I sat with a young single mother, ostensibly for help with a misbehaving child. I sensed there was something more. She asked for another appointment. On returning she explained that she had been checking me out. She wanted to tell me something and that she didn’t need anything else. It was a huge help to have found someone kind to listen. And she described being sexually assaulted from the age of six by her father. We wept together but she was utterly resolved. She smiled and said that she just needed to tell someone, one time, that it had happened, and be believed. And she seemed to stand tall, and was gone.

Slowly I realised something important. Men were at the heart of most of the suffering I saw in five years and with hundreds of families. The young dads who came in with their families for help loved their families, struggled to do the right thing, yet were so ill equipped. On top of that came their terrible proneness to suicide, alcohol, and marriage break-up through their inability to match the articulate, increasingly confident and assertive women of the new time we were creating.

Something needed to be done about men. I researched, read, and talked to people across the globe about how we could help men instead of merely blaming them, and the book Manhood was written in the space of a year. Raising Boys followed two years later and became the top selling parents' book worldwide, of its decade. My feminism became a mission to make the kind of man that women wanted, children needed and that men themselves needed to be, for their own glimpse of happiness and liberation.

Much of the world is still an ugly and terrible place to be a girl or a woman; sexism, rape and incest affect millions. Every girl child needs to be taught to be a feminist, lest she think her ills and fears are her's alone. Anger and strength come from seeing yourself in a war alongside every other person who cares, against a world, corporation or just culture that patently does not. Every boy needs help to stay tender and human and to show backbone against his mates or his own hormones, when they impersonalise all our sisters. We need to get male and female into a happier place and the big earth that is our mother might also smile on us again. The work goes on.

Steve Biddulph is the author of Raising Boys in the 21st century.