"Everyone gets infected, everyone dies," says award-winning director and playwright David Woods in a two-minute video pitch. "The whole thing's set in mud," he says, adding ironically, "it's hilarious".

It is the seed for a project likely to be a highlight of Rising, Melbourne's new winter arts festival that will debut next year. 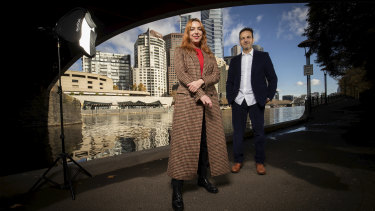 From 1130 submissions they shortlisted 102, across music, theatre, dance, visual art and other media, whose creators got $2000 to expand on their ideas. Twenty-six have since been funded for further creative development.

"We got to see a snapshot of what 1000 artists were thinking about," Fox said. "The generosity of spirit was really clear – and the ambition. It certainly shifted our thinking on how to program the festival."

The artists came up with brilliant ideas on how to deal with potential social distancing practicalities, Fox and Obarzanek said, with long performance works outside traditional theatre spaces where people could come and go without the impact being compromised.

Digital online art will also be a highlight. Another major work under way for Rising is by Reko Rennie. It's a video that is "really cinematic and absolutely ambitious in its scope", said Fox, in which the Indigenous artist works for the first time with star Victorian soprano and composer Deborah Cheetham. 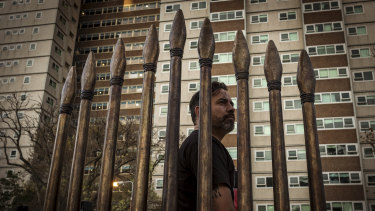 And rising star South Sudanese artist Atong Atem is making a film exploring place, migration and coloniality in Australia and reflecting on her part in it.

In recruiting a panel of seven curators and artistic advisers, Fox said they wanted to shift from a "singular unicorn artistic director rolling out a vision" to "something akin to an artistic Trojan horse", allowing "brilliant minds" to debate and create the festival.

Atem is working with Rising's latest addition to the team, Kimberley Moulton – who is moonlighting from Museums Victoria, saying she was inspired by the festival's artistic vision and excited to be mentoring Atem. 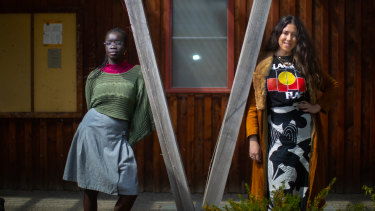 The festival is also rolling out a monthly musical series by local artists, thematically tied to the festival. The first is a cover of Canned Heat's Poor Moon by The Green Child (aka Raven Mahon and Mikey Young).

The directors warn all work is in development – a lot can change between now and the rise of the full moon (and its eclipse) on May 26 next year when the festival begins.

Rising is a state government-funded replacement for the 34-year-old Melbourne International Arts Festival and White Night and had been due to run in the second half of August this year, but was put on ice when the pandemic hit.

It will "open up" Melbourne next year, Obarzanek said. "There will be a sense of discovering or rediscovering the city. There is a big focus on the content and what makes it compelling – to get you out of your bedroom and go towards those towers in the distance."