Women earn 13.7 per cent less than men on average so they effectively start working for free on November 10. 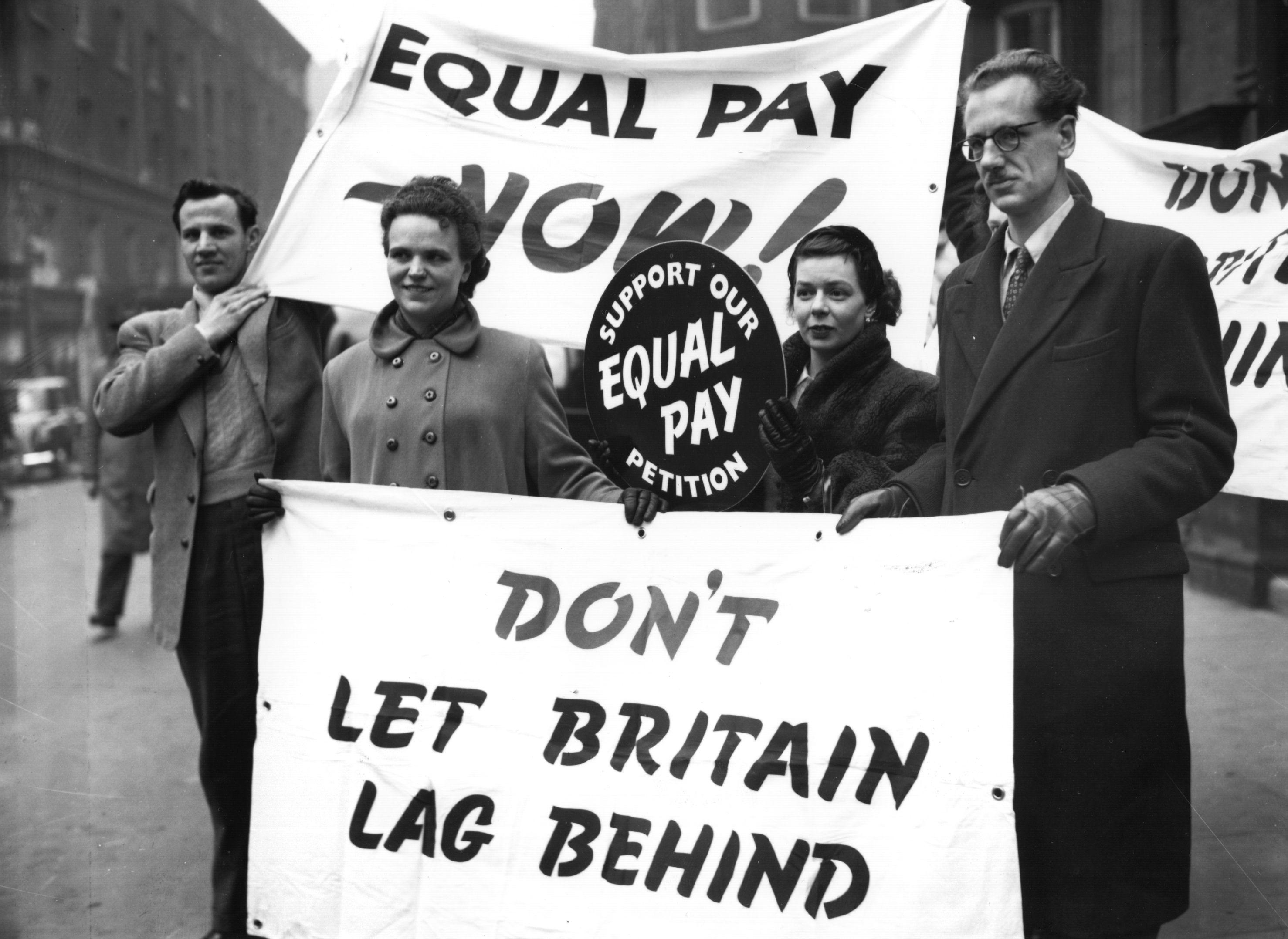 Earlier this year, gender pay gap reporting regulations meant that companies with more than 250 employees had to publish figures showing any differences in pay between men and women.

Of those that published data, 78 per cent pay men more than women, 13 per cent pay women more and 8 per cent said they had no gender pay gap.

New figures published today reveal that 28 per cent of women earn less than the 'real' Living Wage, compared to just 18 per cent of men, according to the Living Wage Foundation.

The Fawcett Society is trying to encourage UK workers to talk more openly about their salaries, in a bid to bring an end to pay inequality.

Sam Smethers, Fawcett Society chief executive, said: “In workplaces all over the country, pay discrimination is able to thrive and is more common than people realise because of a culture of pay secrecy which persists. People do not know their basic rights and do not know what their colleagues earn.”

This year, to help women fight back against gender pay gaps the Fawcett Society has teamed up with employment law charity YESS Law to launch a new Equal Pay Advice Service, paid for by an Equal Pay Fund.

The service will help people on low incomes who believe they are experiencing pay discrimination and who do not have access to legal advice.

Campaigners on Twitter are also calling for women to switch their out of offices on for the rest of the year.

Catherine Mayer, co-founder of the Women's Equality Party, tweeted: "I've switched on my #OutofOffice for the rest of 2018 & my Twitter isn't working either.

"Why? Because the #genderpaygap means this is the last day until Jan UK women get paid to work relative to men. The gap is greater for BAME & disabled women."

How to ask for a pay rise

The Institute of Economic Affairs has argued that the Fawcett Society's gender pay gap reporting is misleading, as it does not compare like for like jobs.
The body points to ONS figures showing that the pay gap is 8.9 per cent for full time workers.

It says that a major contributor to the gender pay gap is motherhood: specifically, women taking time out of work to have children, and often returning into part-time work, which tends to be less well paid.

The think tank also says there evidence that family and care-taking obligations fall primarily on women, which can result in a higher gender pay gap.

The AAT, a professional accounting body, is calling for changes to parental leave to help close the gender pay gap.

Indeed, recent figures have shown that fathers in the UK are not only not taking shared parental leave, but they are also being deterred from taking the two weeks of statutory parental leave that they are eligible for, with only 22 per cent of fathers using their full allowance."

She argues that the current system, where women have to sacrifice some of their own leave in order for their partners to take more, discourages many men from taking it up.

She also points to the stigma that surrounds men taking time off work for childcare, and the fact that men are often the main breadwinner, meaning many families feel they can't afford to share parental leave.

Hill says: "If we want to be able to push Equal Pay Day to later in the year, and then finally get rid of it for good, getting more parents to share leave will be one of the ways to make that happen.”

Research shows that women are less likely to ask for a raise than men, read our guide to find out how to get more money at work.

According to predictions from the World Economic Forum, the gender pay gap across the globe won't close until 2186.

What are the gender pay gap reporting rules and what is the gap at your company?

The figures should include: