When episode four “The Last of The Stars” begins, Winterfell is memorializing everyone they lost in the battle.

Sydney: I don’t think it will happen in this episode, but I do think there will be a major death. I hope Arya gets recognition for killing the Night King.

Joi-Marie: She better. Wait. Dany is still crying over this dude?!

Sydney: I’m kinda surprised she cares that much about Jorah, but then again I guess he was like an uncle to her or something.

Joi-Marie: A nasty uncle who loved her. The direwolf made it!!!!

Sydney: Thank God! That wolf better survive the whole series. Why is Jon giving the speech? He wasn’t really doing anything during the battle except yelling at dragons.

Joi-Marie: Hahaha chile no clue! I was surprised at that too. And surprised Dany let him. Have we seen a burial before? I can’t remember.

Sydney: Not one like this, but there was that one scene in an earlier season when Edmure Tully had to light his father’s body but couldn’t.

After the funeral service, Winterfell has a repass of sorts. That’s where we see Daenerys trying to lead the celebrations by making Gendry a Lord. He immediately wants to celebrate with Arya. But Dany whispers to her Hand Tyrion that she’s only making him a lord to protect her own claim to the throne. Sansa peeps game. 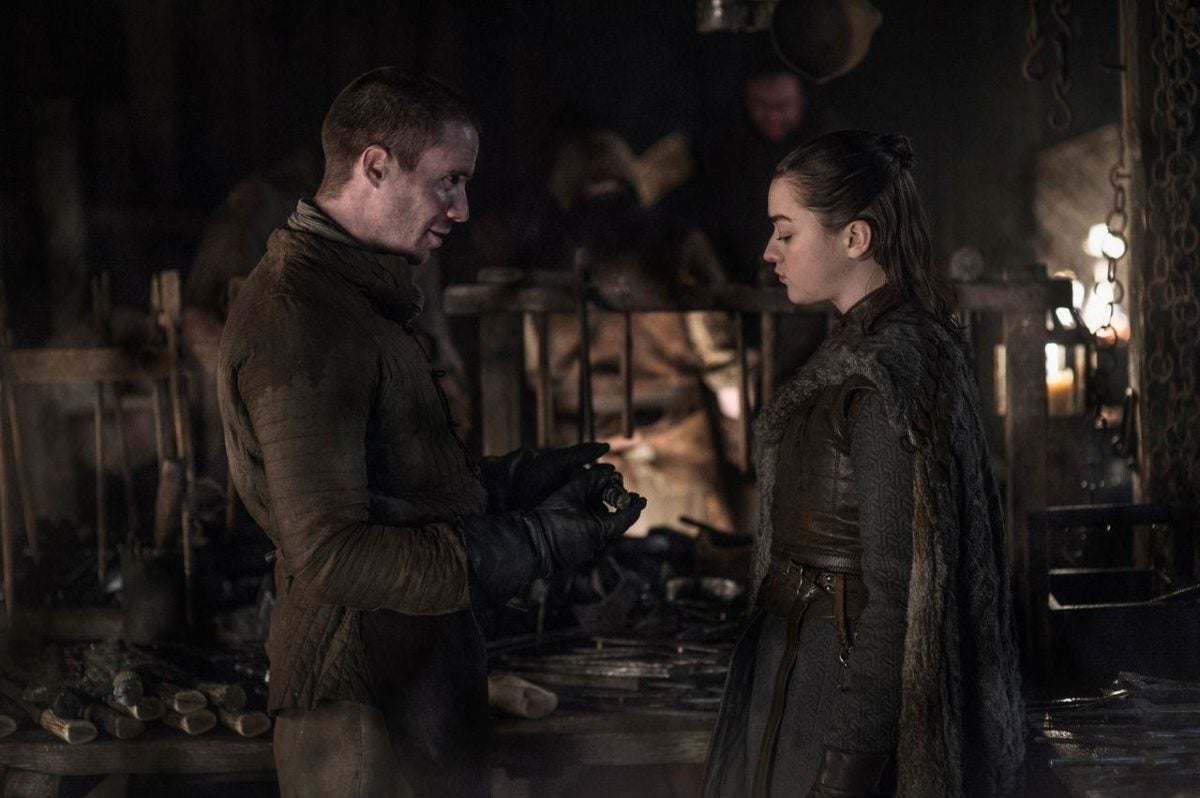 Sydney: I feel bad for her though because he’s certainly going to die.

Sydney: Dany is not slick.

Sydney: He is so annoying! If he doesn’t die I swear.

Joi-Marie: I don’t think he will, which will be even more annoying.

Sydney: You can tell Dany is mad at all the attention Jon is getting during this repass.

Joi-Marie: Yesss Tormund with this sermon!!! He’s prophesying!!!!! Jon the King. She better get used to it.

During the repass, Tyrion, Brienne and Jaime play a sort of “Never Have I Ever Game.” And when Tyrion asked Brienne “never have I ever had sex” she gets up and leaves. Jaime goes after her. 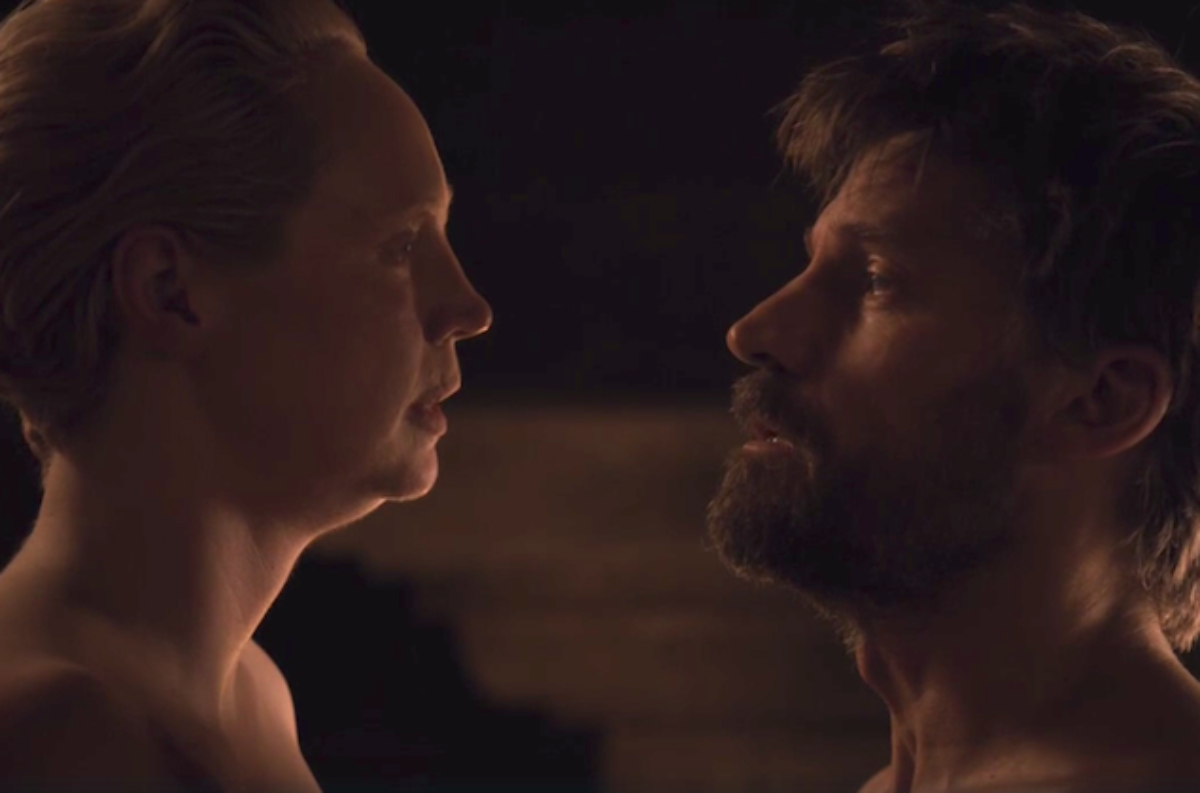 Sydney: I really don’t like Brienne and Jaimie together as a couple. I liked their friendship.

Back at the party, Sansa and The Hound catch up after old times. It’s been a minute since the two have been together, since being in The Capital, and Sansa is here to tell him she’s not so helpless anymore.

Joi-Marie: Sansa just gave him the ‘once a good girl’s gone bad’ speech. I’m renaming her Sansa the Savage.

Gendry finally finds Arya. He then gets down on one knee to propose!

In yet another part of the castle, Brienne and Jaime have sex. She’s a virgin no more.

Sydney: I do not need this hookup

In yet another room of the castle, Dany finds Jon where she tries to convince him not to tell anyone that he’s the rightful heir to the Iron Throne. Later on, however, when he sees Sansa and Arya he must tell them but makes them swear they won’t repeat his truth. But of course, when Sansa sees Tyrion she sees an opportunity. 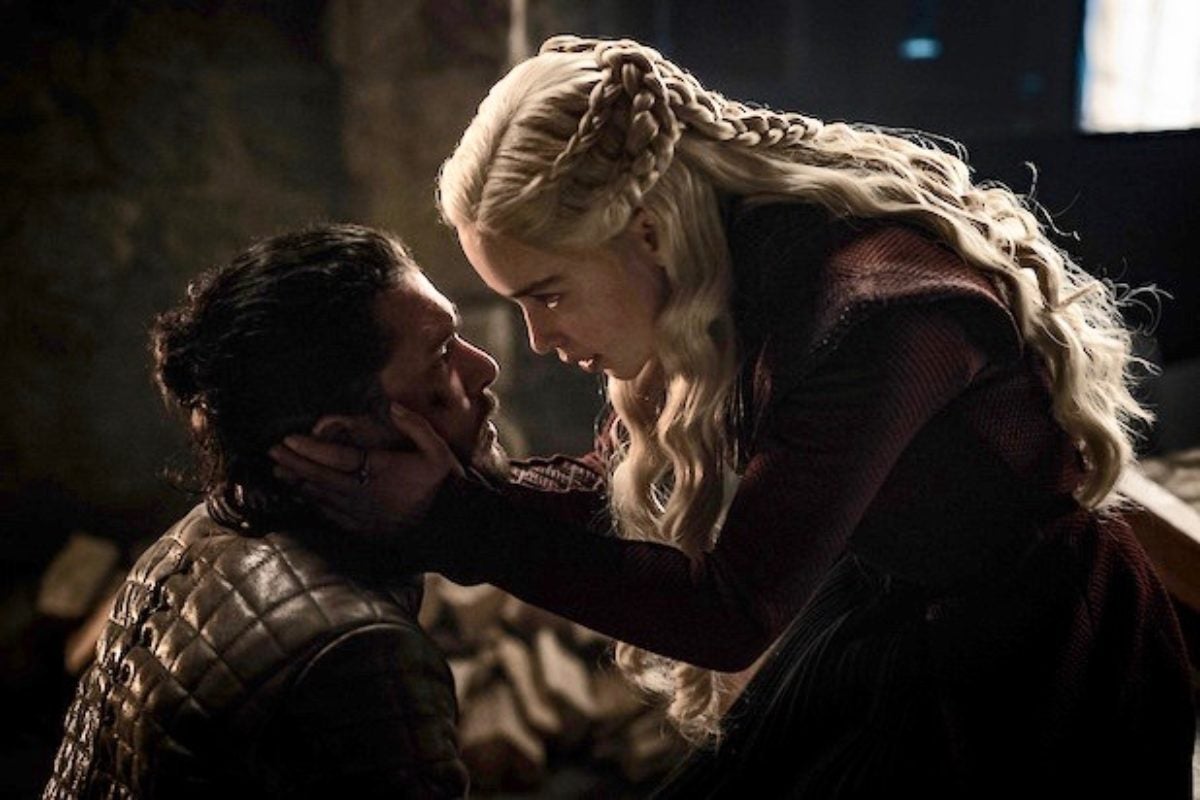 Sydney: Dany is a hot mess. She think she slick. She planned this.

Sydney: They’re both being so dumb about this because they’re in love. Jon is dumb.
Dany is losing it.

Joi-Marie: I’ve never seen Dany act so much like Cersei before in my GOT life. Get her outta here. Dany’s canceled.

Sydney: LOL! But she’s not even cold enough to be on Cersei’s level. She’s Walmart brand.

Sydney: He has to! I’m so ready for this mess.

Sydney: LMAO! She couldn’t wait. She had one job.

Later, it looks like Dany has finally made her way down south. That’s when we see Missandei and Grey Worm finally hold hands openly. That’s when Euron takes down one of Dany’s beloved dragons. 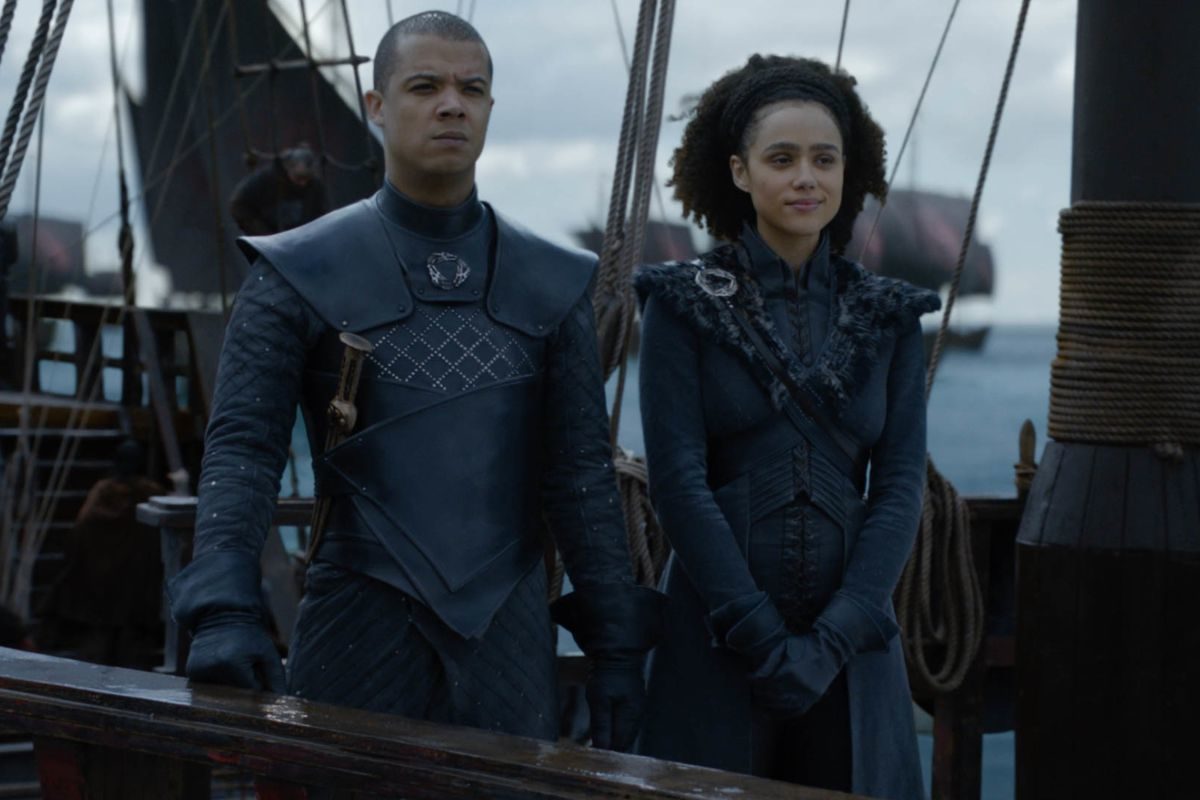 Sydney: I love it, but they’re too happy. I’m so scared for them.

Sydney: Ooooommmffffggggggg!!! He is dead!

Sydney: She better be alive. SHE BETTER BE ALIVE. Dany is about to do something dumb.

Joi-Marie: Dany did something dumb.

Back at Wintefell, Jaime tries to slip out of bed with Brienne to head south and find Cersei. Perhaps he wants to confront her himself.

Joi-Marie: Jamie is the original fuccboi. Omg. How he gonna do my girl like this?!?

And in the final scene of this episode, Dany and her army finally make their way to King’s Landing where they’re confronted by Cersei and her army. We see that Missandei has not been killed, but captured. Tyrion, the Hand, tries to talk to Cersei’s Hand but he’s getting nowhere. So he tries to appeal to his sister one-on-one.

Joi-Marie: Tyrion was like I ain’t with this back and forth dude.

Sydney: But he is so dumb for thinking Cersei would bend the knee. Like, you know your sister.

Cersei doesn’t want to bend the knee. And she kills Missandei to prove her point by having The Mountain chop off he head. 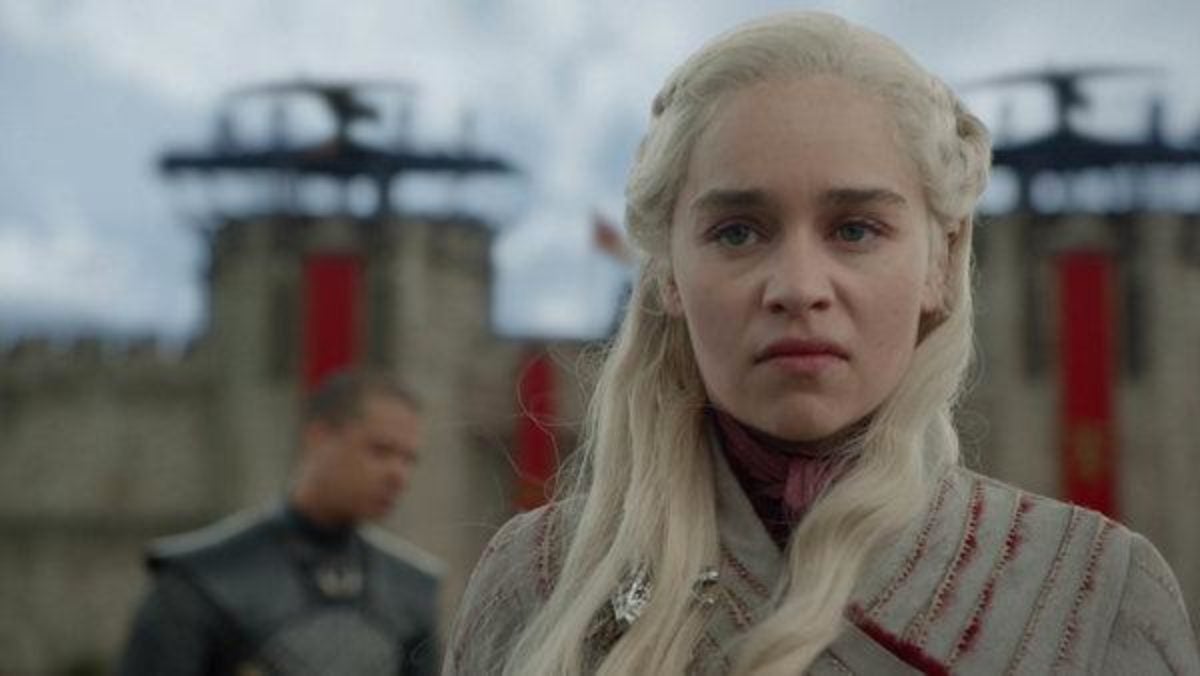 Joi-Marie: Oh hell no!!!! Missandei! Dany is gonna turn into the Mad Queen and once Jon arrives he’ll see and take the rightful throne.

Sydney: NOOOOOOOOOOO! Yeah, I think Dany is gonna go mad and Jon will be forced to kill her.

Joi-Marie: I hated this episode.

Sydney: The writing was sloppy; too sloppy. I hope they get it together in the next episode.

Sydney: I thought she was gonna say I love you to Grey Worm or something.