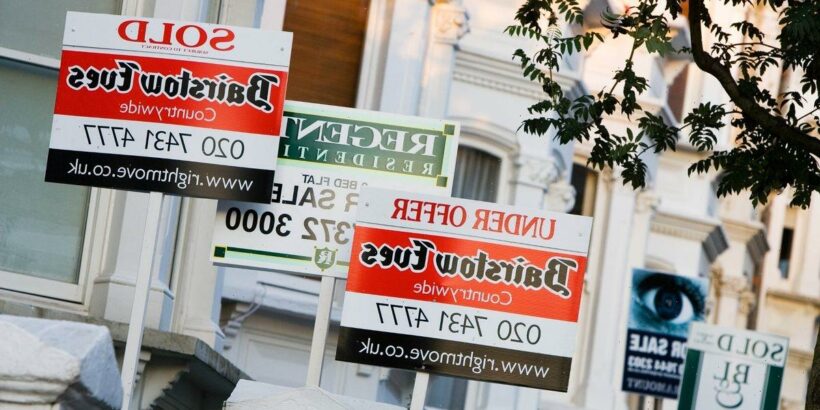 An estate agent has hit out at abusive renters and home buyers in a rant on Twitter after working in the booming property market.

The cost of the average house has gone up by £19,000 over the last year – and even hard-to-sell homes are being snapped up.

And, Britain’s biggest homebuilder, Barratt Developments, reported a doubling of profits over the last year on Thursday, reports The Guardian.

So, people looking to move into a new house may be getting desperate as properties are taken within days or even hours.

Maurice Kilbride, who runs his family estate agents business under his own name, decided to voice his concerns after dealing with aggressive clients during the busy period.

On Twitter, he wrote: “We know that there isn't enough housing stock available to satisfy demand.

"It's been like that for decades, but it's particularly bad at the moment, because of the stamp duty holiday.

"There hasn't been enough homes built for a very long time. It's just a shame when they take it out on us, because it's not our fault."

“Why are some people so angry and confrontational?", he continued.

"The abuse I had off somebody this morning when I told them a property had gone and unfortunately was no longer available for viewing was quite unpleasant and totally unnecessary.

Maurice did’t elaborate on the abuse when he spoke to MEN, but noted: “I'd rather leave it where it is."

But, the tax break isn’t the only reason for the heightened sales according to The Resolution Foundation.

It claims that the tax holiday was “wasteful” and HMRC lost out on £4.4bn in taxes because of it.

The Foundation claims that prices will keep going up due to pandemic-related factors like low interest rates and remote working.

Lindsay Judge, Krishan Shah and Felicia Odamtten told MEN: “It is reasonable to expect at least part of the savings from any transaction tax holiday to be capitalised into house prices.

"But logically, if the cuts to transaction taxes have been the overwhelming driver of the house price trends observed over the past 12 months, we would expect to see higher growth in areas where the savings from the change in policy have been most significant as a share of the house price."

According to the Foundation similar house price rises happened in Germany, Canada, the US, France and Australia without a tax holiday.