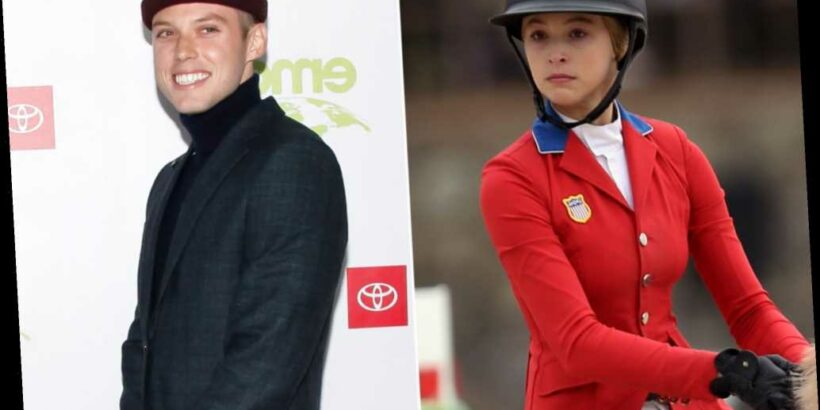 She’s the Apple of his eye.

Eve Jobs, the youngest daughter of the late Steve Jobs, has alluded to her relationship to Kardashian-bff Harry Hudson in a recent Instagram post. The 22-year old blonde beauty captioned a collection of four pictures, showing her snuggled up with Hudson, 27, along the California coast, “team,” with a black heart. “Forever as f–k,” responded Hudson, a singer-songwriter and influencer known for his cameos on “Keeping Up with the Kardashians,” in the comments.

Other stars of the L.A. influencer set gave their stamp of approval to the couple, who held hands and kissed on a cliff’s ledge in the snaps: singer Madison Beer gushed, “best people in the entire world,” while Justin Beiber producer John “JHart” Abrahart wrote “You two!!!” in the comments section.

Hudson likewise posted a coming out showing he and Jobs loved up in matching reindeer onesies, and moments from a kiss in front of a sunset.

Jobs, one of three children from the computer boss’s marriage to Laurene Powell Jobs boasts 207,000 followers who she treats to snaps from exotic locales in France and Italy, bathroom selfie glamour shots, and pictures from equestrian tournaments. The Stanford grad is a topped-ranked showjumper. Jaime Xie, a star of Netflix’s new show “Bling Empire” that follows a clique of California’s young Asian elite, lamented losing out on a horse barn to Jobs in the series. She recently modeled for makeup brand Glossier’s new campaign.

Despite her flashy online presence, Powell-Jobs has said that Eve, Reed, 29, and Erin, 25,  won’t be inheriting her late husband’s billions. “I’m not interested in legacy wealth buildings, and my children know that,” she told the New York Times. ”It ends with me.”

Hudson, who grew up in Englewood, NJ and recently released the album “Hey, I’m Here For You” — the high-profile couple modeled promotional merchandise for the record —sparked romantic rumors with Kourtney Kardashian in the past, and counts Jaden and Willow Smith among his crew.

Jobs and Hudson have not replied to Page Six’s request for comment.