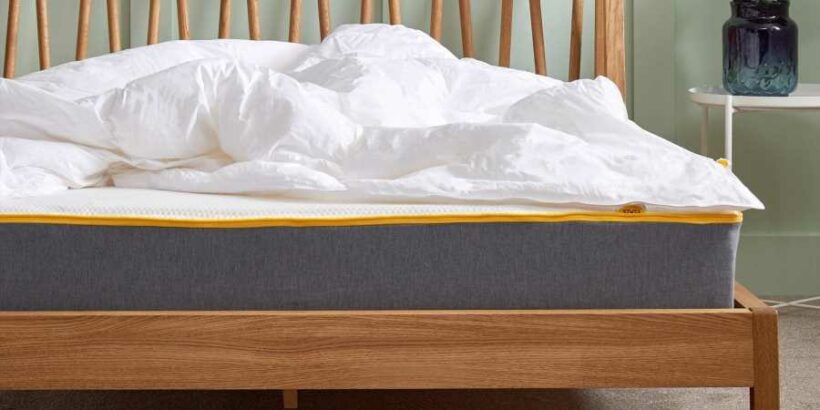 STRUGGLE to get to sleep on hot nights? Us too. We reviewed the cooling duvet from Eve Sleep in the hopes it would keep us cool and comfortable on warm nights. 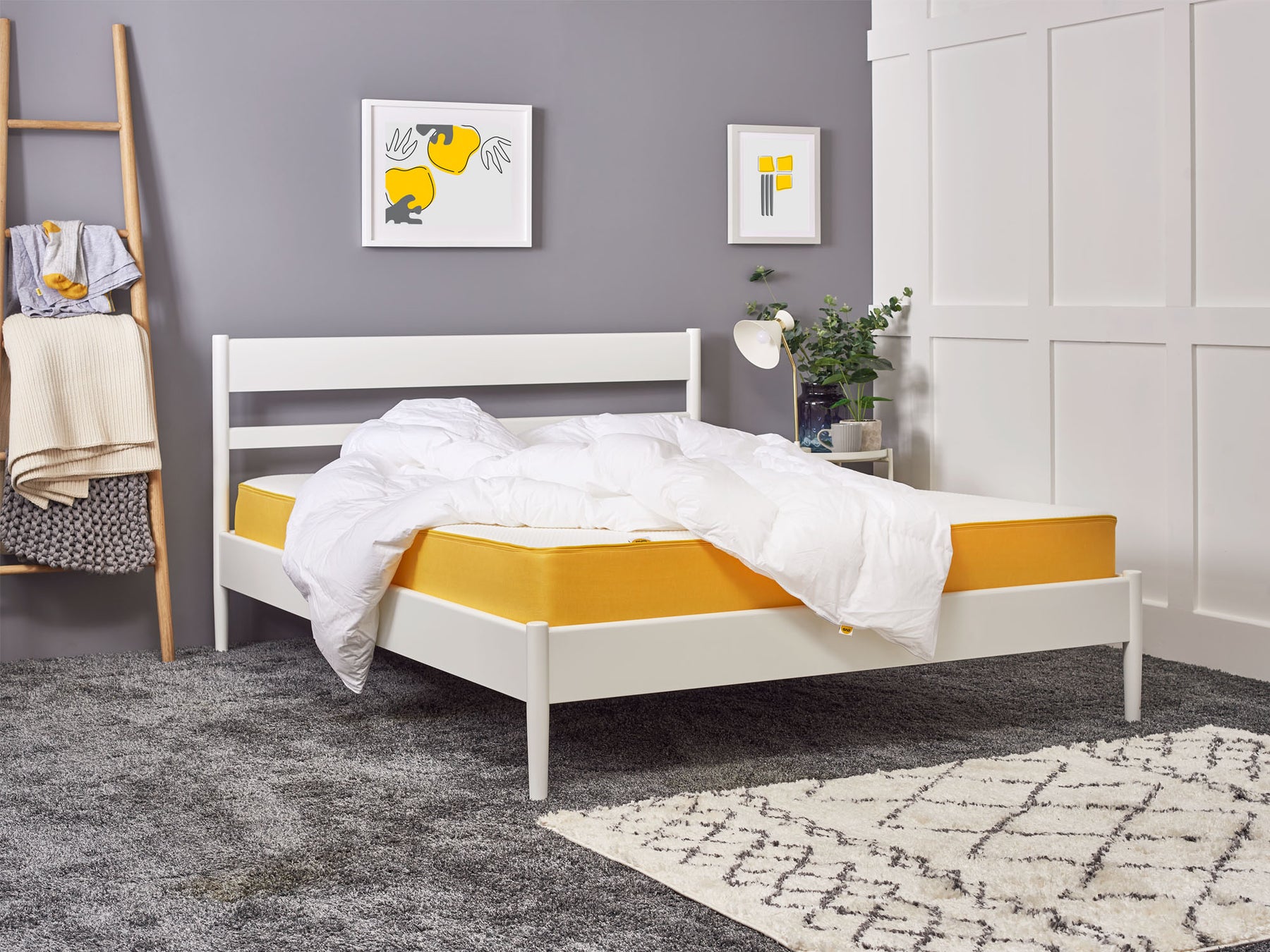 We're notoriously hot sleepers and find ourselves waking up in a sweat even when the temperature is relatively mild. To help us get through a steamy summer, we decided to treat ourselves to a much-needed duvet upgrade

Scrolling through Eve Sleeps duvet range it didn't take us long to find the obvious choice: The Cool Duvet. The 4.5 tog count and the fact that it has the word cool in the title made it sound light enough to keep us comfortable through the night.

Our old bedding definitely didn't help with our temperature as we usually went for the cheapest option we could find, which funnily enough wasn’t made with feathery filling and 100% cotton cover like this one from Eve Sleep.

Sustainable shoppers will be stoked to hear that this duvet has been made with no less than 30 plastic bottles as the filling, each blended into soft fibres that feel almost indistinguishable from down. Pretty cool, we know. 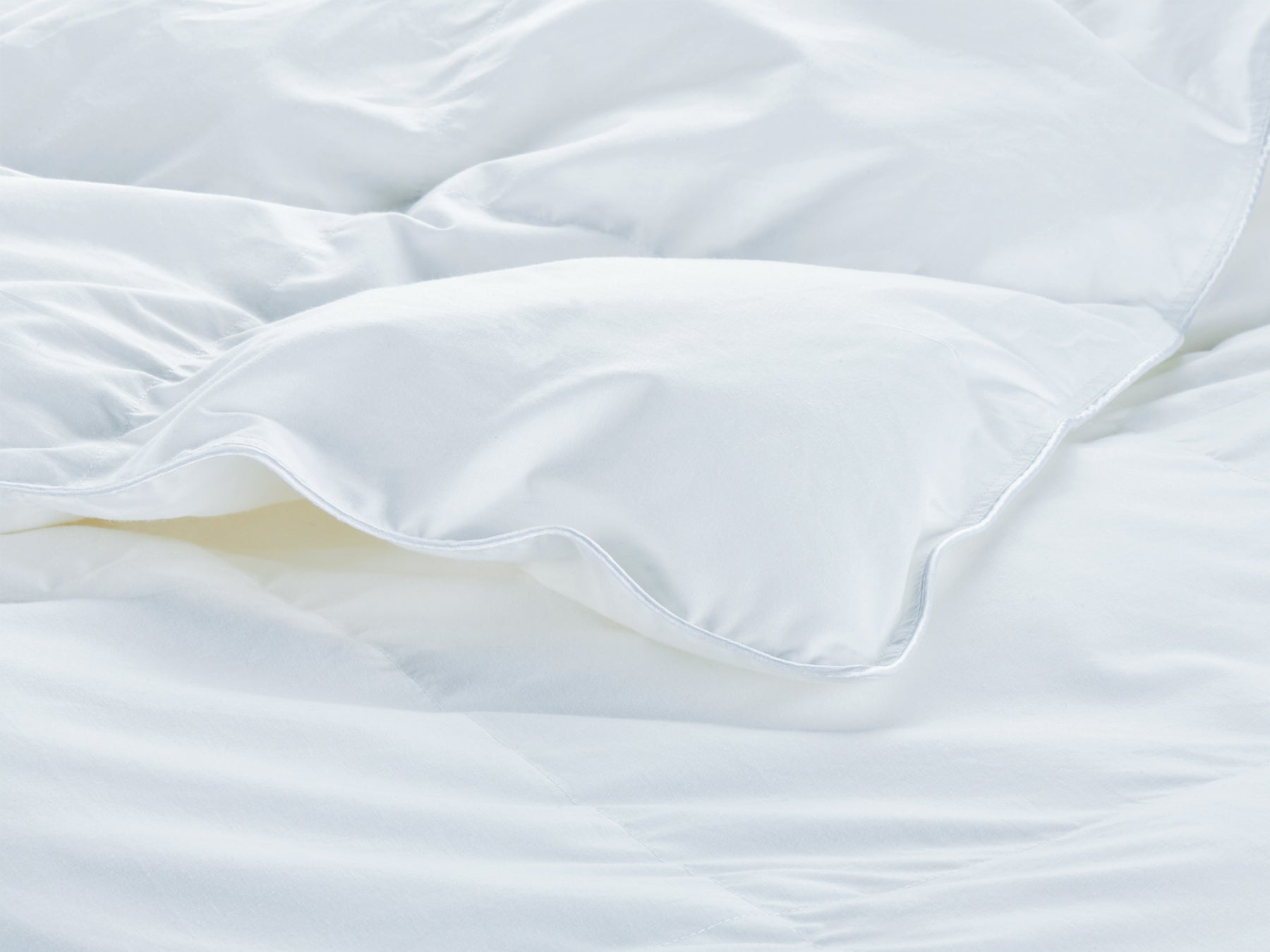 When the duvet arrived we were worried that it wouldn’t be as cooling as we'd anticipated, it looked plump and fluffy which in the past we'd associated with stuffy and warm. We were pleasantly surprised to discover we got the best of both worlds: a soft and cosy duvet that also kept us cool.

This is a very specific comment, but something we really love about the duvet is that we can actually hear the crispness when getting into bed. Our cheap duvet from before was lumpy and heavy, which wasn't nearly as satisfying to slide under.

This duvet is so light that it lifts up with ease and sets back into place perfectly even without a lump in sight, which makes making our bed in the morning a breeze.

The luxuriously light feeling of this duvet has made getting into bed every night an even bigger treat than it already was, so if you’re a hot sleeper who struggles to sleep at night it's definitely worth the investment.