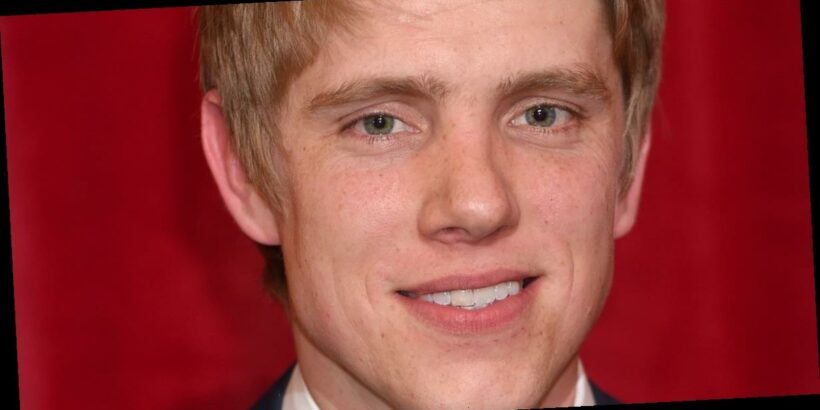 Ryan Hawley played Robert Sugden on Emmerdale for five years before leaving in 2019.

His character was married to Aaron Dingle, played by Danny Miller, with viewers loving their relationship and affectionately calling them RobRon.

On the soap, Robert is currently in prison over the death of rapist Lee Posner.

However, the actor himself is certainly not stuck in a cell. Here is everything you need to know about what he is up to now….

Who is Ryan Hawley?

Ryan Hawley is an English actor who was born in the UAE.

He is 35 years old and was trained at the prestigious The Royal Central School of Speech and Drama.

His biggest break was when he was cast as Robert Sugden on hit ITV drama Emmerdale, and was the fourth actor to take on the role. He left the soap in 2019.

What did Ryan Hawley say about leaving Emmerdale?

When Ryan announced his departure from the soap, he said: "I will miss the show massively, it has been a huge part of my life for the last few years.

"I love working here, I love the people that I work with and it’s going to be very emotional leaving."

Are you part of The OK! VIP Club? If not, why not? It’s free and gives you backstage access to stories like this, exclusive home tours, special discounts and so much more!

As RobRon’s final scenes aired back in 2019, Danny Miller took to social media to play tribute to his “brother”, and their “iconic soap partnership”.

He wrote: “What a pleasure the last 5 years has been. An incredible actor & a beautiful man.

"To share the laughs, the screen & an iconic soap partnership with you has been nothing other than an honour brother!

Is Ryan Hawley married and does he have children?

Ryan has been married to Daisy Prestes de Oliviera since 2013.

Although the couple are intensely private, it was recently revealed that they have had a child.

Speaking to Digital Spy, his former co-star Isobel Steele, who was his on-screen sister-in-law Liv Flaherty, explained: “We do miss Ryan a lot. We were really close when we filmed together.

“When you're filming every day, you become really good friends.

“We do miss that dynamic and I know that the fans do as well.

“Hopefully they convince him to come back! He's just had a baby, so I don't know how soon he'd be coming back, so fingers crossed."