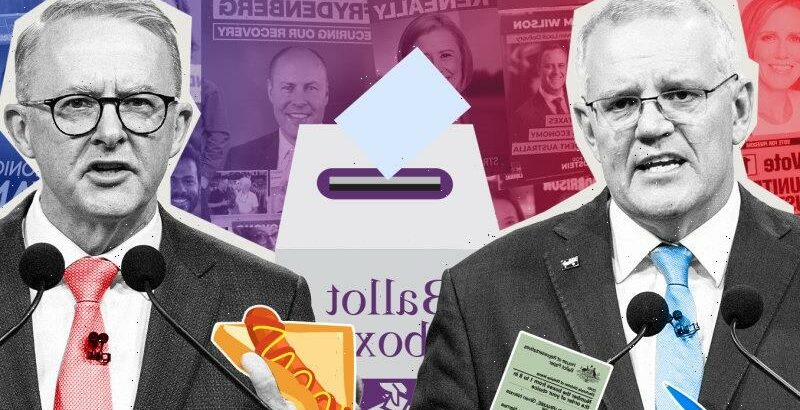 Seventeen million Australians are registered to vote at the upcoming federal election on Saturday, May 21, an estimated 96.8 per cent of the eligible population.

Things can get a bit confusing during an election campaign, so here’s everything you need to know before you head to the polls. 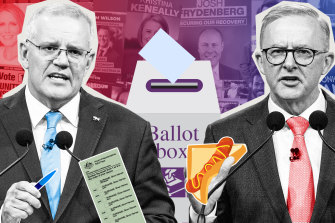 The logistics of voting before, and on, election day.Credit:Kathleen Adele

Can I vote early?

Early voting opened on May 9 for anyone who can’t make it to a polling centre on election day.

There are a range of reasons you might be eligible to vote early, including that you are working on election day, you are seriously ill, or you are travelling.

If you want to vote via a postal vote, you need to have registered for one here by May 18. The Australian Electoral Commission (AEC) must receive your postal vote no later than 13 days after the election.

According to AEC data, just over 2.5 million people have successfully applied for a postal vote, and just over 1 million of those have already been returned. That’s up from 1.5 million postal votes in the 2019 federal election.

Do I have to vote?

It is compulsory for Australian citizens aged 18 and over to enrol to vote and vote in Australian elections.

If you are enrolled to vote, but do not vote, you may be fined.

When do the polls close?

Polls are open from 8am and close at 6pm.

Polling places are usually located in public buildings, church halls or local schools, but if you’re unsure of where a polling place is, you can check here.

What if I have COVID-19 on election day?

If you get COVID-19 in the days leading up to the election, you can register for a postal vote up to Wednesday, May 18.

If you contract COVID-19 between May 18 and 21 then a telephone voting solution will be provided for you.

What COVID-19 precautions will be in place at polling stations?

A range of COVID-19 protocols will be in place on election day, including a requirement for all staff to be vaccinated and wear a face mask.

Some voting venues will have QR check-ins and capacity limits, which means that you may need to queue while waiting to vote.

Hand sanitiser will be available at all sites, and voting screens (which already have partitions) will be socially distanced and hygiene officers will clean them between use.

What measures are in place if I have a disability or mobility restrictions?

Mobile voting, where voting teams will visit facilities and remote communities, is available for some people who cannot attend polling places. You can find more on mobile voting option here.

Telephone voting will be available for people who, for example, have issues with their vision, but also for people who have COVID-19 on election day.

Who are the contenders?

Scott Morrison is the leader of the Liberal Party and Anthony Albanese is the leader of the Labor Party. One of them will be Australia’s prime minister for the next three years, but other party leaders, such as the Greens’ Adam Bandt and the Nationals’ Barnaby Joyce, also play a significant role in the election.

The current government, led by Morrison, is made up of a coalition: a combination of Liberal and National seats to form a majority government.

Either leader is entitled to form a coalition, although both parties would prefer to form their own majority government. However, if there is a hung parliament (when no party has enough seats to form a majority), the Liberal Party would most likely form another coalition with the Nationals, and Labor could do the same with the Greens as they did after the 2010 federal election.

What are the seats to watch this election?

How does vote counting work?

Australia has a preferential voting system, which means that you must number the candidates on the ballot paper in order from your first preference to your last.

The graph below is a quick explainer on how preferential voting works, but if you want to know more about how voting systems work in Australia then check out this explainer.

When will we know who has won?

Counting votes can continue for many days after election day.

The AEC conducts a Two Candidate Preferred count of the House of Representatives ballot papers on election night, which indicates the likely outcome of the election.

If there is a hung parliament, which is where no party holds a majority in the House of Representatives, then it could take days or weeks for crossbenchers to decide which party to form a coalition with.

Crossbenchers are elected MPs who don’t belong to a major party. These could be independents or people who belong to minor parties.

The last time there was a hung parliament in Australia was after the 2010 election when it took 17 days for crossbenchers to back Labor’s Julia Gillard over the Liberals’ Tony Abbott.

Want to know what the 2019 election result looked like? Take a look at the results below: