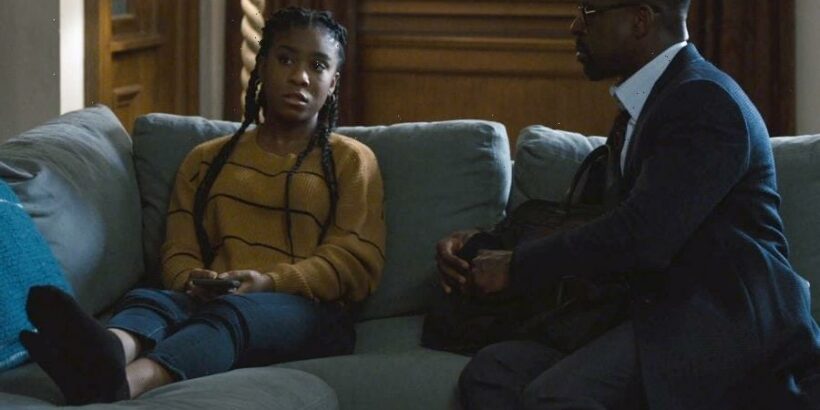 As This Is Us continues moving toward its grand finale, the interpersonal relationships and revelations among the Pearson clan are coming to a head.

In this exclusive clip from Season 6, Episode 10″Every Version of You,” Deja (Lyric Ross) confronts Randall (Sterling K. Brown) about interfering in her relationship with Malik (Asante Blackk), encouraging him to leave his daughter alone so that she can plan a proper future for herself.

Fans may recall that earlier in the season, after sneaking to Harvard to visit her boyfriend Malik for the weekend, Deja decides that instead of attending college herself, she will instead move to Boston, get a job, and help Malik with his young daughter.

This season, Randall’s character continues to shift that narrative of the excellence of Black fatherhood and bolsters the importance of strong, dynamic family structures through amplifying positive Black fatherhood for a new generation.

But will Randall’s concern and care for his adoptive daughter push them apart for good?

Tune in to This is Us on NBC and Hulu Streaming tomorrow to see how this story unfolds.